Let’s Hug It Out

Let’s Hug It Out 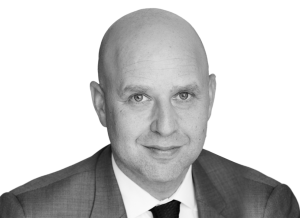 Brother Ari Greenburg (UC Berkeley, 1994) has been appointed president of WME, the powerhouse talent agency that represents the NFL, as well as acts like the Red Hot Chili Peppers, Adele, the Zac Brown Band and Adam Sandler among many other A-list actors, directors, producers and writers.

Brother Greenburg will be overseeing WME’s transnational offices in Beverly Hills, New York, Nashville, London and Sydney. The promotion was announced by Mark Shapiro, who is currently the president of WME’s parent company Endeavor.

“Ari has taken on a host of new responsibilities and played an integral role in shaping the vision for the future of the agency. He is a dealmaker without peer, cares deeply about his colleagues, and knows the industry inside and out,” Shapiro said. “As we move into this next chapter, Ari is uniquely positioned to bring WME to new heights.”

Brother Greenburg has worked with Endeavor since its formation in 1995. He has signed deals with clients such as Brian Koppelman, Guillermo del Toro and Michael Bay.