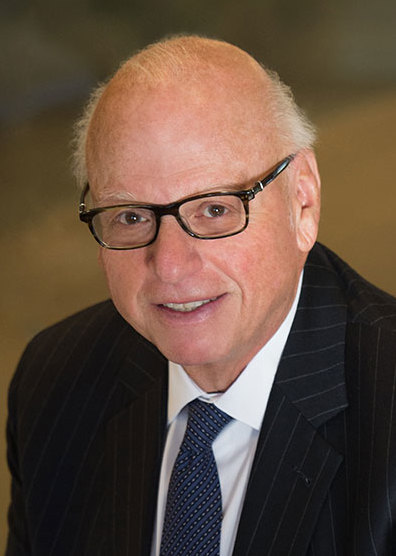 Outside of your professional career, you have served on many boards for non-profit and charity organizations. How did end becoming involved with the United States Holocaust Memorial Museum as its Chairman of the Board?

I had been to the Museum a couple of times since it was opened. It’s an unbelievable institution with unbelievable people. It’s funded partially by the Federal Government and partially by private contributions. In my discussions with former chairmen of their thinking as it relates to their experience at the center, most of them have the same words to describe it and those words were “life changing.” When I heard that I knew I wanted to do it. I hope I can fill their shoes. The Museum has an amazing mission!

From Pittsburgh to Poway, many communities across North America are experiencing record acts of hate and anti-Semitism. How would you describe the special role the Museum plays today?

The role is that people do not forget. There are less and less survivors every year. In the not so distant future, I’m sorry to say, there will be none. The good part of it is we know other people care. The museum gets about 1.7 to 1.8 million visitors a year of which 90% are not Jews so we know it is something that touches people of all faiths, religions, and races so that’s a very reassuring factor when we see the people that come through the Museum. That makes us very positive in keeping the mission going.

What are some of resources the Museum has to educate young people?

We have numerous programs to help educate the young adults and students as it relates to hatred, bigotry, racism, bullying and so forth in their schools. Also, the good news about the visitor count is that there are many young people coming through the Museum. We have programs to help and are looking forward to continuing that, and actually increasing that. We want to do as much as we can to erase, if that’s possible, or to cut down on the anti-Semitism throughout the world.

Unfortunately, our Brothers on campus are facing more challenges. What advice do you have for them moving forward?

I think it’s a duty for all of us to do what we can. It’s a matter of being involved, understanding the cause, understanding the importance of making sure people never forget, and understanding the horror of what happened during the Holocaust. I think AEPi Brothers and Pledges play a role by doing their job on campus to educate their fellow students. That’s sort of the ground work. If they can capture their attention, then it’s going to make the job easier to try to prevent what we hear and what they see sometimes.

One of the values that AEPi promotes to our Brothers on campus is civic engagement and leadership in the Jewish community. What about AEPi today makes you the most proud?

I’m thrilled to see AEPi’s position in Jewish leadership. When I first joined AEPi there were other options in Jewish fraternities. After losing touch a little after my college years and then getting reacquainted with AEPi a little later on, I was very pleasantly surprised that AEPi became the go-to Jewish fraternity, surpassed all the others. This happened because AEPi stuck to its Jewish heritage. Those leading our fraternity didn’t run away from its roots to get more members or to be more inclusive. They wanted to stick to the Jewish heritage, they did, and AEPi became the Jewish spokesman and the number one Jewish fraternity in the world.

What leadership lessons did you get from AEPi?

My fraternity experience was fantastic. I ended up being master for two years. When I took it over I was able to get out the message and tell people why they should join and that was one of my first business experiences because it is a business to some degree, recruiting people, getting them to sign on, getting them to be part of it, getting them to be involved in the campus, and in charitable endeavors. That was my first great experience in trying to help build something and seeing it work.

What career guidance do you have to share with our young Brothers?

What has being in the Fraternity meant to you throughout life?

The benefits of Fraternity life was having the equivalent of family around you. For most people it was the first time they left home for any lengthy period of time so I think that was the greatest part. That was your support system. They were basically your relatives, and many of these relationships have lasted a lifetime.

As one of the world’s foremost authorities on Holocaust history, the U.S. Holocaust Memorial Museum (USHMM) depends on its collections of artifacts, documents, photographs, films, music and oral testimonies to teach the lessons of the Holocaust today and for future generations. The USHMM is currently en- gaged in a five-year initiative to explore American responses to the Holocaust, which includes a major special exhibition, expanded web and social media outreach, and a variety of new educa- tional resources.

As part of this groundbreaking initiative, the USHMM seeks to learn about the experiences of AEPi chapters and Brothers during the 1930s and 1940s, and to acquire and conserve new collections from this period that will become part of the collection of record on the Holocaust. The aim is to document student activism — including the rescue of refugee students, detail the military service of Brothers and to learn about Brothers’ or their families’ participation in home front activities. In addition, the USHMM would like to be in touch with Brothers who are survivors or whose parents or grandparents were survivors.