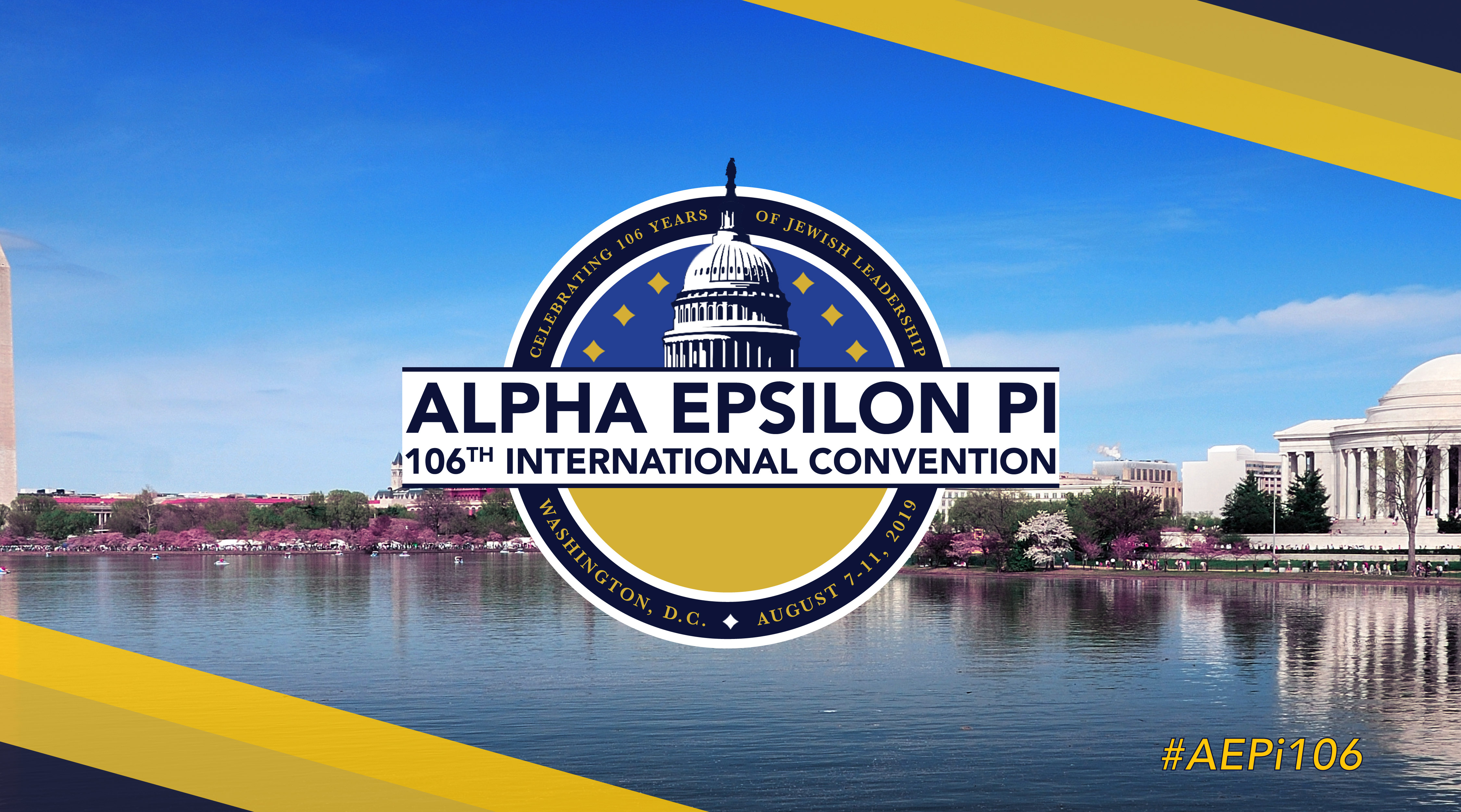 AEPi Brothers from across the globe are gearing up for AEPi’s 106th international convention – #AEPi106 – being held at the Hilton Mark Center Hotel in Alexandria, Virginia, just outside of Washington, DC.

Convention is a time for Brothers to come together to learn more about our fraternity, recognize the exemplary work of our undergraduates and chapters/colonies, socialize and network with brothers from nearly 190 colleges and universities across six countries, acquire tools and best practices to improve chapters/colonies, and—most importantly—to have fun!

Never been to an AEPi convention? Here’s what you can expect:

Opportunities to Learn and Better Your Chapter 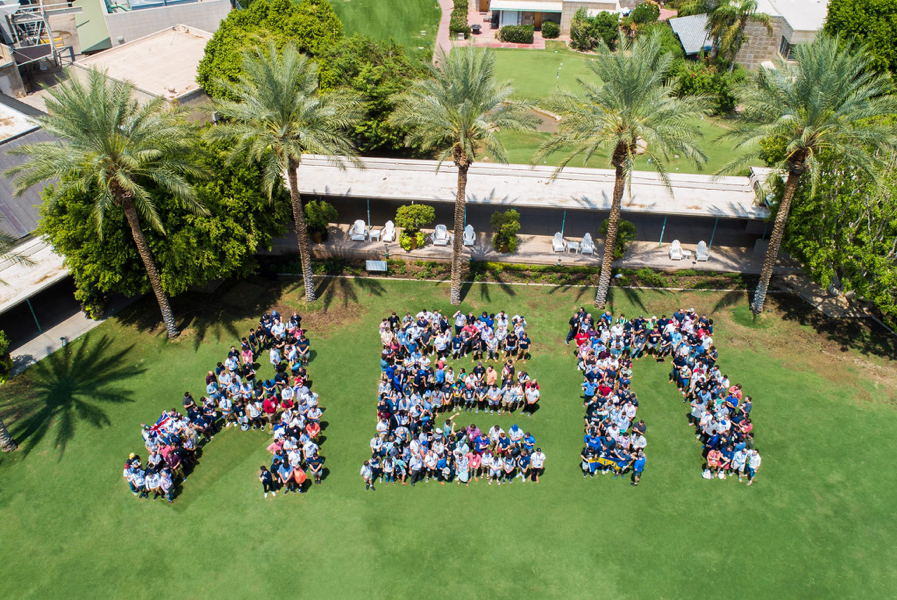 Much of convention is centered around helping Brothers grow and strengthen their chapters. Beginning with the pre-convention leadership series which are designed to give Brothers variety of additional leadership learning opportunities as a part of our annual International Convention. With leadership tracks including Leven Institute, Jewish Identity and Tikkun Olam, these programs offer AEPi brothers an unequaled opportunity to learn from alumni and some of the top people in the fields of business, government and media. The Hineni Jewish Identity Enrichment Conference offers two separate tracks: Jewish Identity and Tikkun Olam. The Jewish Identity track allows Brothers to reflect on their Jewish identity and discover ways to strengthen the Jewish Identity of their chapters. The Tikkun Olam track empowers Brothers to take the values of AEPi and the Jewish people into their community to help the less fortunate and make their community a better place.

“Last year was my first convention, really my first exposure to the larger world of AEPi. I’d never even been to a conclave,” said Brother Isaac Lurie (Alabama, 2020). “I went to the Hineni Tikkun Olam program and it was great. We talked about giving back and getting our chapters involved in that and then we all went to a local women’s shelter and they put us to work. Seeing our efforts pay off in the looks on the faces of the staff there was really cool. It was great to make a difference.”

At the Michael A. Leven Leadership Institute, Brothers learn the essential tools to become a successful leader and manager. The conference bolsters business leadership skills to prepare attendees for their future career. This conference is geared toward undergraduate Brothers who currently or previously have held a position within the chapter, with particular emphasis on rising seniors.

Additionally, much of the whole week of #AEPi106 is strictly focused to help Brothers help their chapters.

“Last year was my first convention. I was lieutenant master and went as our chapter’s lead delegate. I went to the Hineni Conference and got to meet people from different chapters and that really helped me the rest of the week. I learned so much about different chapters and campuses. You, obviously, get a lot from each other. The things that we brought back from convention – the views, tools and resources – helped my chapter to have a great year this year,” said Brother Mark Seskin (Towson, 2020). 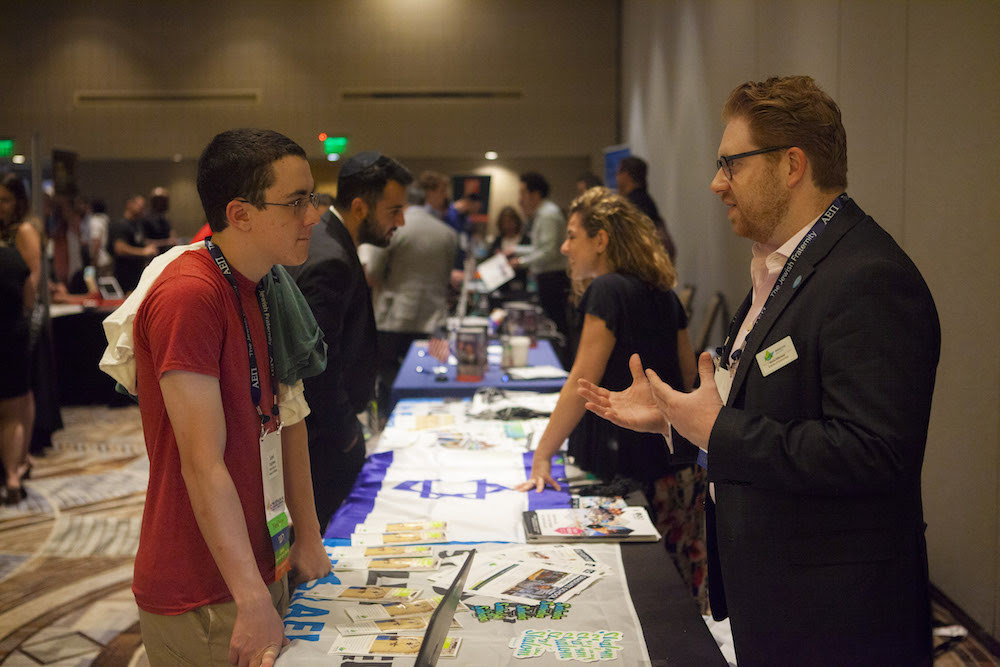 Throughout the week of #AEPi106, Brothers will have the opportunity to learn career skills, discuss career paths with alumni and, of course, meet Brothers from all over the world.

“I was honestly surprised at how much I got out of the convention’s networking opportunities. They had resources and alumni to speak with about your professional career. It really helped me to figure out what I want to do in my life,” said Brother Seskin.

Throughout the convention week, AEPi partner organizations will have booths open so undergraduates and alumni can meet with them and discuss how to get involved with programming on campuses and in communities. The partner fair gives our undergraduates access to some of the leading Jewish organizations in the world and all they want to do is help our chapters do more and better programs.

And, this year, AEPi’s staff has some special opportunities and experiences planned for convention but we’re keeping them a surprise. “I can promise you that #AEPi106 will have some programs and events that we’ve never tried before. It’s going to be interactive, educational, positive and, most of all, fun,” said AEPi CEO Jim Fleischer. 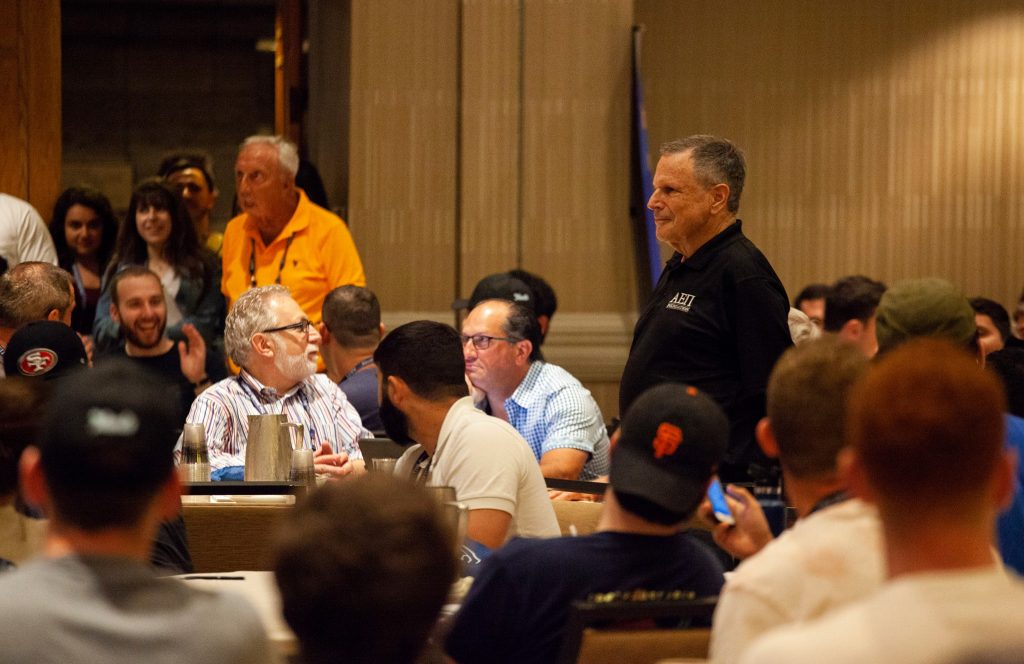 But, the real essence of convention are the friendships made and the memories that are created. Brothers from across the world have the opportunity to get to know each other and build lasting friendships and relationships.

“My first convention was Scottsdale, Arizona in 2003. I was going into my sophomore year at the University of Georgia. That hotel is crazy. There’s a lazy river pool that winds its way through the resort and I was just floating along and I met this other Brother, Joel Miller (Georgia Tech, 2005). Flash forward a few years and Joel was one of the Brothers who signed my ketubah on my wedding day. As life gets harder and more complicated, convention is a reunion now. You know that convention is always going to be in August and you’re going to go to meet your friends there,” said Adam Cohen (Georgia, 2006), AEPi’s Supreme Sentinel.

So much of what is memorable about international conventions happens at unexpected times. “Last year (#AEPi105 in Arizona) was my first convention. I didn’t know what to expect. I remember going to the Friday night Shabbat dinner. I wanted to go but I was little unsure about the whole thing…how long was it going to last…what was the food going to be…things like that. That dinner turned into the biggest moment for me of the whole convention. I heard so much awesome stuff about AEPi that I didn’t even know we did. I was so in awe of what our organization has done. It was the biggest moment for me and I never expected it,” said Ari Mahowald (Bradley, 2020).

“I think the most memorable convention moment for me was one of the times we were in Las Vegas and we were able to get Elvis there,” commented Andy Borans, CEO of the Alpha Epsilon Pi Foundation. “He actually performed very well for someone who had been dead for 40 years.”

“I honestly loved my first Supreme Council (the governing body of Alpha Epsilon Pi International),” said Brother Seskin (Towson, 2020). “It was my first time at something like that but what made it really cool was seeing and getting to meet and talk with all of the Past Supreme Masters and older alumni. It was such an honor to hear from them and thank them for building up AEPi to what it is today.”

“When I think about all of my conventions now, there’s one really big and genuine moment. We were in Fort Lauderdale in 2016 and instead of having a big event, we had a barbeque on the beach. And, all of these undergraduate Brothers were hanging out with the alumni and their families, throwing the football around and just hanging out. We always say the most important title in AEPi is ‘Brother’ and that’s very evident during convention,” said AEPi’s Director of Growth & Development Kyle Whitlock (TCNJ, 2014). “The alums literally come up to undergraduates to meet them instead of the other way around. The feeling that we’re all trying to help each other is so apparent.”

Whether you’re an undergraduate or an alumnus Brother, if you’ve never been to an AEPi International Convention, you should plan to attend this year. As with a lot of things in life, you never forget your first time.

“I was master of our chapter at the Centennial and we were so thrilled that the emcee that year was one of our chapter Brothers, Wolf Blitzer. During the convention, my chapter Brothers and I were standing under the arch in Washington Square, waiting for that big picture to be taken, when we literally ran into one of our chapter’s founding fathers. This was a guy whose name I had to memorize as a pledge and here he was, talking to us and telling us about his time in the chapter and giving us advice about how to improve our chapter. He still cared how AEPi was doing at Buffalo. It was incredible,” said Jason Kirschtel (Buffalo, 2014), AEPi’s Director of Chapter Services.

“My first convention was in 1972 in Memphis, TN. I was an undergrad and there were only about 100 of us at this convention. The fraternity was a lot smaller back then. We had a small chapter at Memphis State and one their undergrads – Sam Blustein – basically ran the convention. Sam did the most amazing thing at that convention. Somehow, he got 100 Jewish girls to come to the convention – I swear he had to import some girls from other parts of Tennessee – to go on dates with every one of the undergrads in attendance. We all went on a boat ride on the Mississippi. I can still remember Gary Anderson was wearing these canary yellow pants – I think he had just graduated college – and we gave him hell about those. Phil Cohen was there and he, of course, was wearing the same pants that he wears every year. Let’s just say, that some ‘relationships’ started that night,” said PSM Mark Schiff (Illinois, 1974). “A few decades later, Gary, Sam and I all had the opportunity to serve as Supreme Master. But, the first time I ever met Sam was at that convention. He was amazing.”