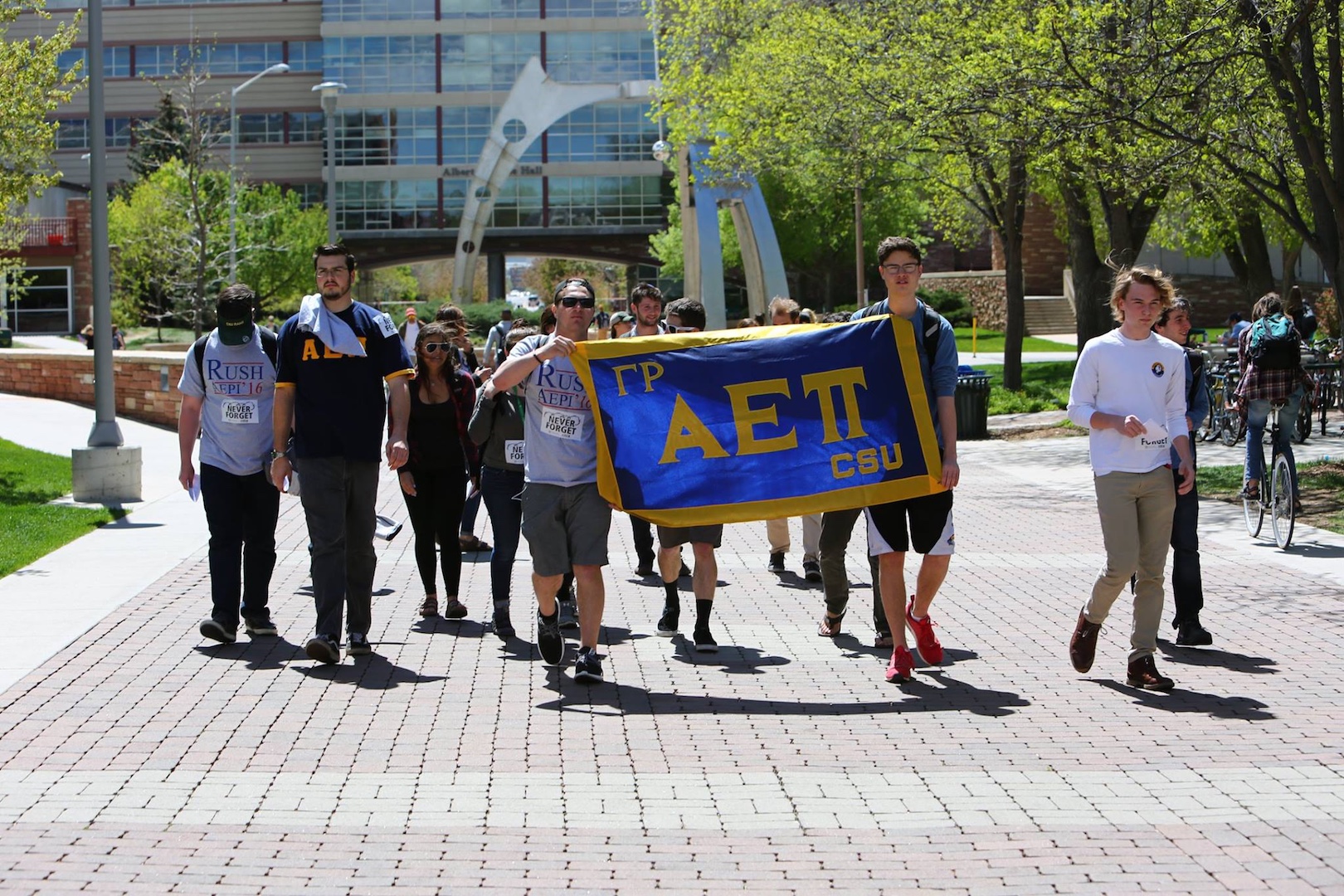 Nearly 130 AEPi chapters walked through their college campuses and communities this spring to bring Holocaust awareness directly to students of all walks of life.

The ‘We Walk to Remember’ campaign is a series of walks organized by AEPi brothers through their college campuses in conjunction with B’nai B’rith’s ‘Unto Every Person is a Name’ program to raise awareness of the Holocaust and the atrocities committed against mankind. The walkers are silent as they march through their campus and community, wearing only the words, “Never Forget” on signs attached to their shirts. On many campuses, the walks conclude with a short service by a local Rabbi and/or are conducted in conjunction with the B’nai B’rith program at which the names of those murdered in the Holocaust are read out loud. Participation in the walks is completely voluntary and is open to the greater campus and community. 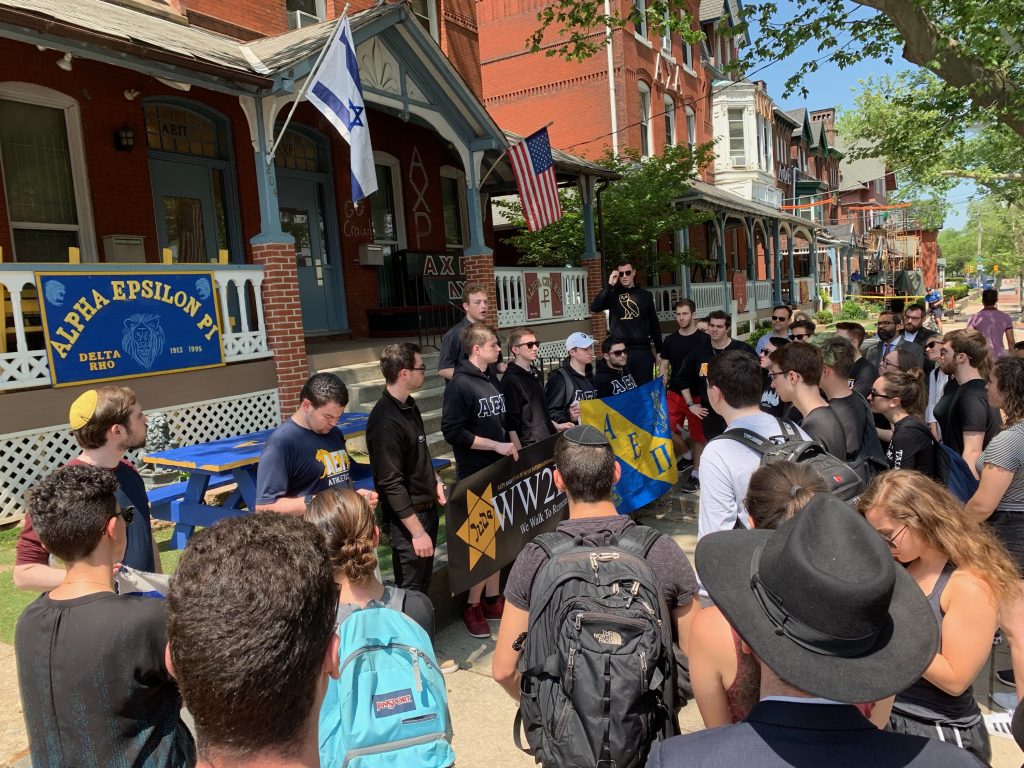 “What makes the ‘We Walk to Remember’ program so impactful is its simplicity. Our message – Never Forget – is communicated silently and effectively throughout the campus and surrounding community,” said Jim Fleischer, AEPi’s CEO. “In this day and age of rising anti-Semitism and violence on college campuses, the ‘We Walk to Remember’ campaign shows that the young leaders of Jewish communities who are in our chapters still remember, still care and will continue to speak out against hatred.” 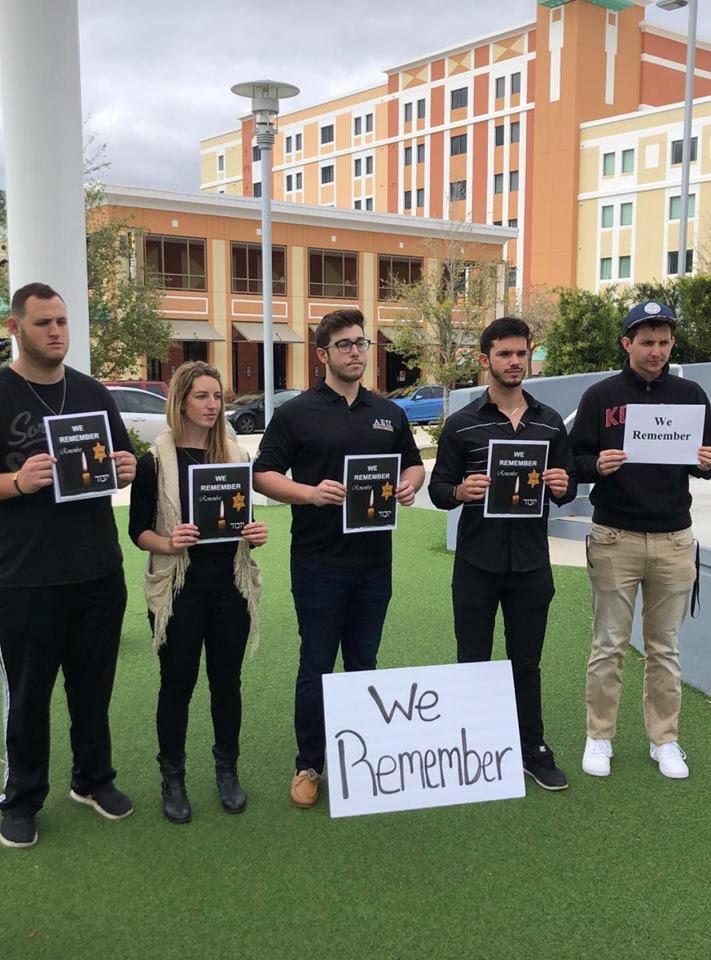 Nu Delta Chapter Brothers at the University of Central Florida preparing to read the names of those who perished in the Holocaust.

“I was personally impacted by the walk. Being silent the whole time gave me a chance to reflect on being Jewish and the implications and cultural responsibilities we have as Jews,” said Kenan Slade (Massachusetts, 2021).

“Our event was covered in the local news and we added to it by partnering with Hillel and bringing in an Israeli speaker to speak to the whole campus. I like to think we made a difference.”

“After the events at Tree of Life and other acts of anti-Semitism, it’s important to show that we as the Jewish fraternity on campus and as a university stand against these acts of hatred. That’s what honoring and remembering these Holocaust victims represents…that we don’t stand for anti-Semitism or discrimination of any kind,” said Aaron Chumsky (Pittsburgh, 2020). “The Brothers definitely felt a strong connection with this event whether it be that they’ve been victims of anti-Semitism in their life or even knew someone who perished from the Holocaust. The most memorable part for me was the silent walk around campus where people on the streets saw what we were during and were taking notice or nodding in approval regarding our event.” 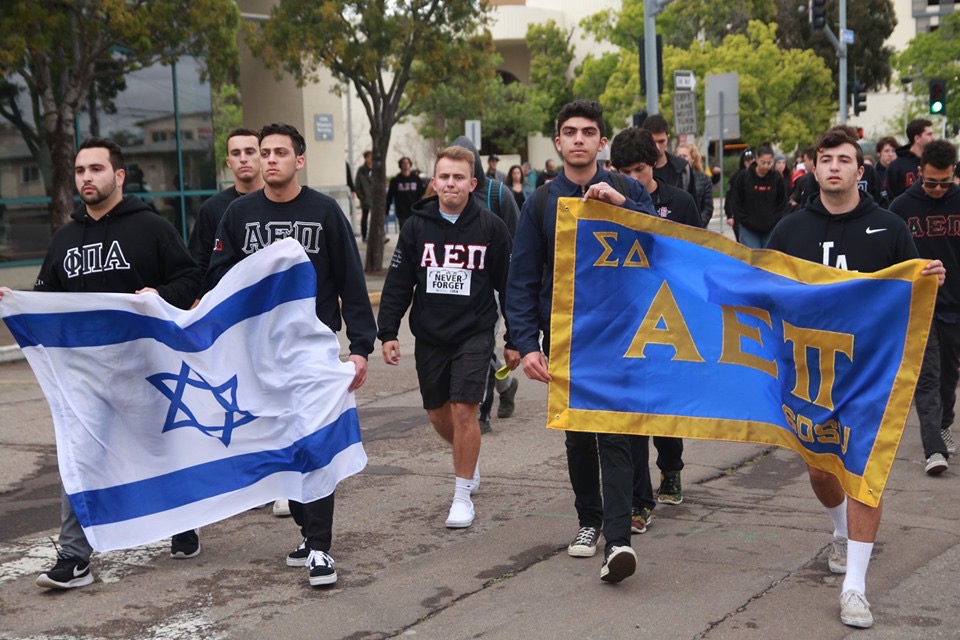 “Having the initiative and commitment to walk silently through a campus and community in order to ensure that no one – Jew or non-Jew – ever forgets what happened during the Holocaust is a real-life demonstration that we are succeeding at our mission of developing leadership for the world’s Jewish communities. We are enormously proud of our undergraduates for taking on this important task,” said Fleischer.