Making the Most of College Through JNF

Making the Most of College Through JNF

Making the most of our four years in college is a balancing act worthy of a Ringling Brothers circus. Keeping up with an ever fervent college campus, the amount of organizations, causes and activities that the average Brother juggles grows with each semester. But just how much time should one commit to experiences outside of their “comfort zone”? How much time should be committed in addition to various commitments to Alpha Epsilon Pi?

For these three Brothers, the answer became clear once they placed all extracurriculars on their metaphorical dining hall plates. The more they put on, the more they could eat. In this instance, the Jewish National Fund (JNF) – one of AEPi’s current official philanthropy beneficiaries – is the extra commitment that enabled Brothers Aidan Brown, David Vaknin and Jake Libenson to make the most of their college experience, serving as JNF Campus Fellows. JNF Campus Fellows are responsible for facilitating pro-Israel programs in their campus communities and recruiting friends to participate in alternative winter break, intensive efforts that equate to part-time jobs.

Here’s how taking on “another thing” was more than just something to put on a resume: 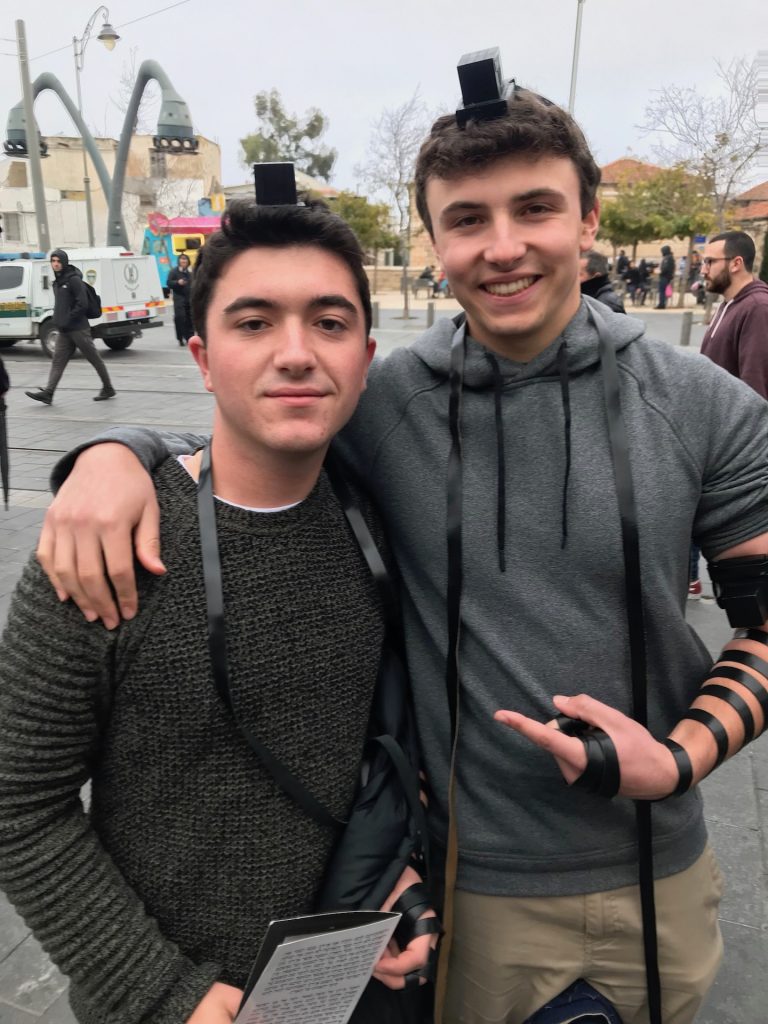 For Brother Jake Libenson, holding the JNF Fellow position is considered an AEPi legacy, as Cal Poly SLO has had Brothers serve for multiple years now. Despite his other roles, he doesn’t take it for granted:

“JNF has played a bigger role in my life than I ever could have imagined. I was already serving on the Hillel’s executive board while also serving as Chabad and Shabbat chairman for my chapter. My philosophy after joining AEPi and having so many different roles is that there is always time. If I ever catch myself saying I don’t have enough time, It just means I have to do a better job of being organized. I’ve learned how to be more efficient by taking on more commitments. Time management is crucial.”

Libenson is proud to belong to AEPi and JNF who are both organizations with Zionism in their mission which, according to him, are key to be taken seriously among Jewish life at Cal Poly SLO. Libenson credits JNF with encouraging his chapter to celebrate its Jewish mission and is proud to say that what he’s doing is important.

Recently, Libenson helped in bringing an openly gay IDF soldier to campus to talk about how his superiors’ support helped him get through tough times. “We get a lot of backlash from certain groups including those in the LGBTQ community, who need to know we take inclusivity seriously,” said Libenson.

“If something (anti-Semitism) happens on campus we all get together and talk about it. If people are more aware of their connection to Israel they generally care more. Many don’t feel educated enough to have an opinion and we’re changing that. JNF has given me a network – even in AEPi. It has expanded my network and allowed me to branch out across the country. I’m looking forward to more cooperation through AEPi and JNF in the future, and I think we may even get our own bus trip. I recommend involving yourself with JNF to all Brothers.” 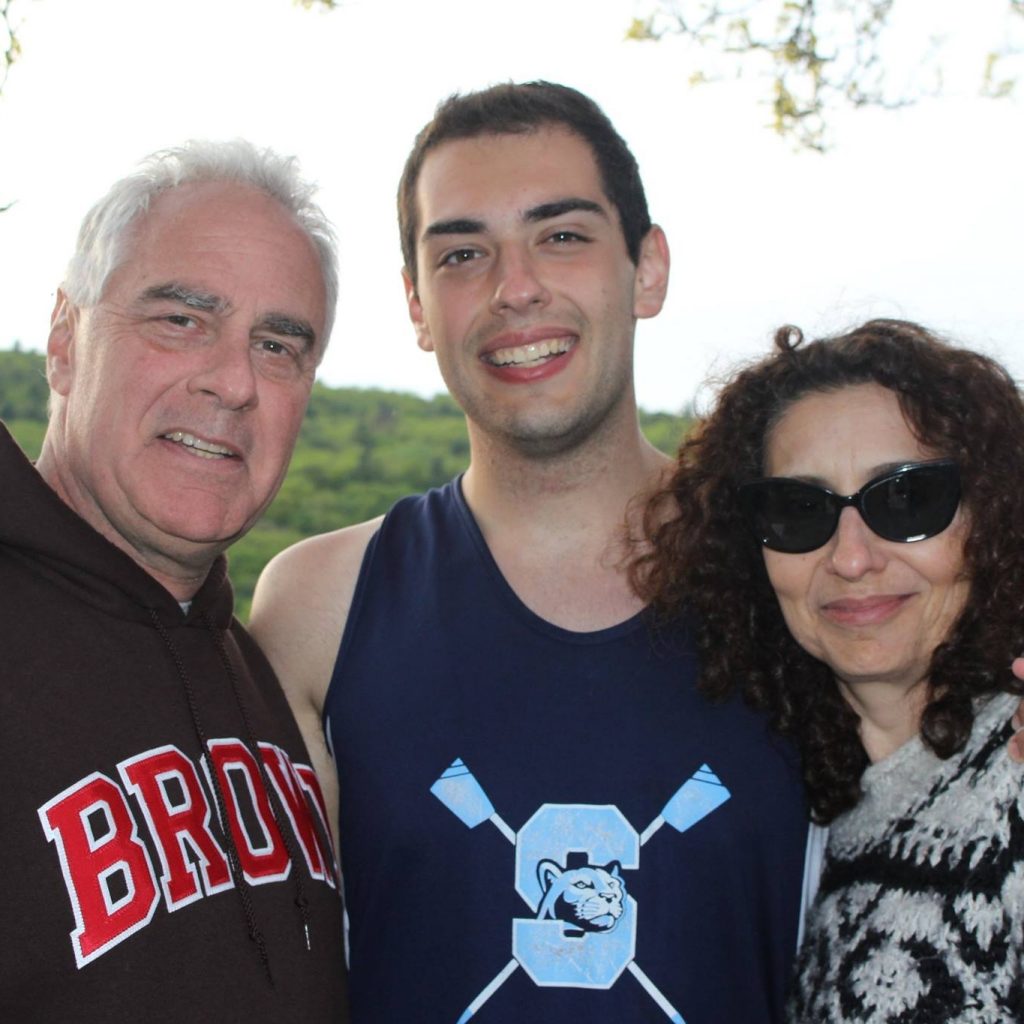 Brother Aidan Brown (Binghamton, 2020) was already highly involved as Lt. Master. He was also one of four planning and running Beta Nu chapter’s biggest and most visible philanthropy event, Rock-a-Thon. During that event hosted on the Binghamton “spine”, Aiden was approached by a JNF staffer who witnessed his leadership skills first hand. She told him he should apply to be a fellow.

“I had no idea what JNF was but I knew it was pro-Israel. So I applied and I got the position. It takes a lot of careful planning and I even spent a few weekends mapping out my semester. It’s time consuming but each week I look back on the work I put in and have a great feeling about the impact I’ve made,” said Brown.

Another positive aspect Brown didn’t foresee was JNF’s alternative winter break opportunity, during which he raised $950 to travel to Israel on what he calls his best trip yet, having been six times previously.

“It was so different. It wasn’t your typical Israel tourist trip. We traveled to secluded areas and helped work the land. Being a fellow on that trip, I connected with so many like minded people, many of whom were our Brothers. The amount of times ‘ESPONDA’ was chanted in the desert was truly amazing.” 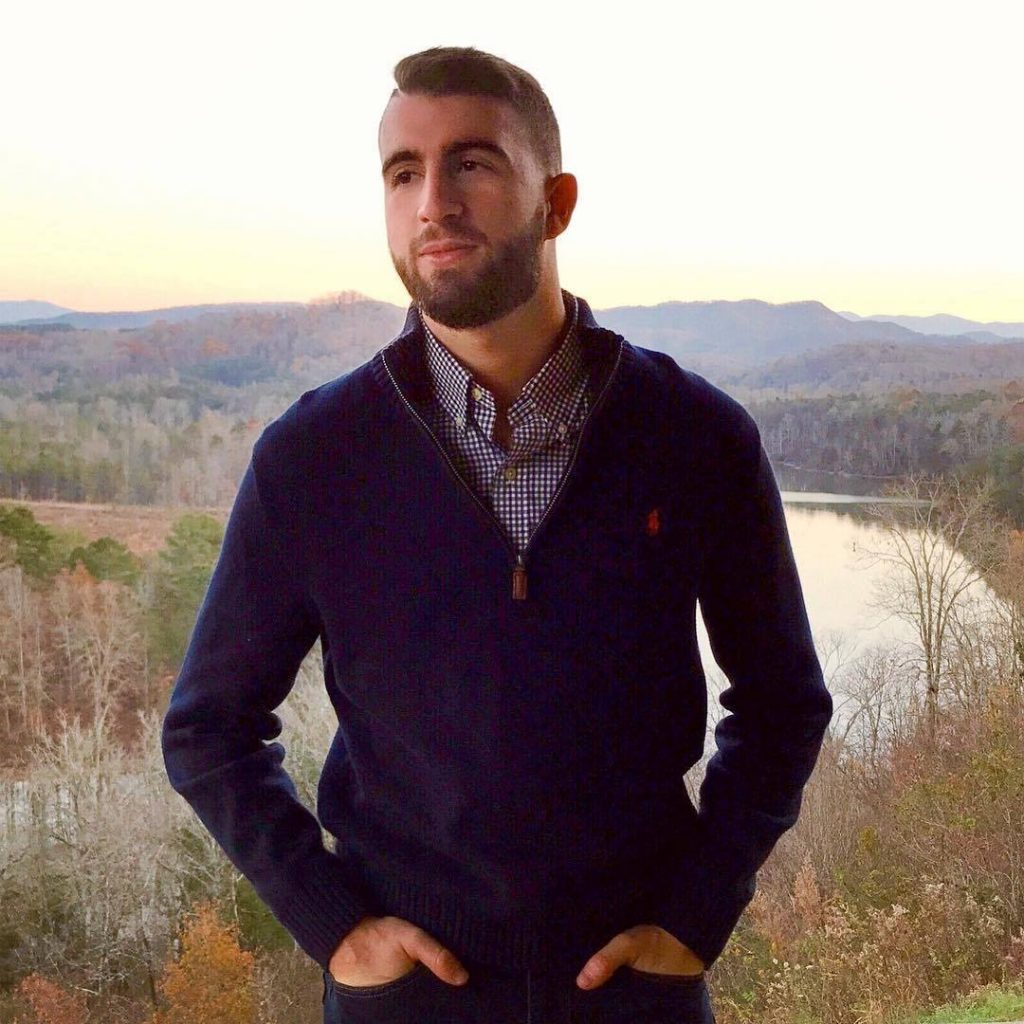 Brother Vaknin truly approaches being a JNF Fellow like a part-time job. As the current Master, he carefully splits his time between AEPi and JNF. As a result of also being president of Chabad on campus, he even finds it easier to plan ahead, putting together events with all three organizations in mind. Who would of thought heading three organizations was easier than just one? Vaknin also serves on the student government finance committee for good measure.

“AEPi has helped me network with Jewish professionals from all over. Most of JNF is networking and making friends while spreading Israel in a positive light. AEPi gave me the necessary networking skills to take on JNF.

I had no clue about JNF before attending AIPAC Policy Conference with AEPi. I learned about JNF and wanted to be a part of that history. They bought land in Israel before Israelis. I wanted to be a part of an organization that changed history and the homeland of the Jewish people. Putting the JNF Campus Fellow on my resume is nice, but being part of a unique group is the real prize.”