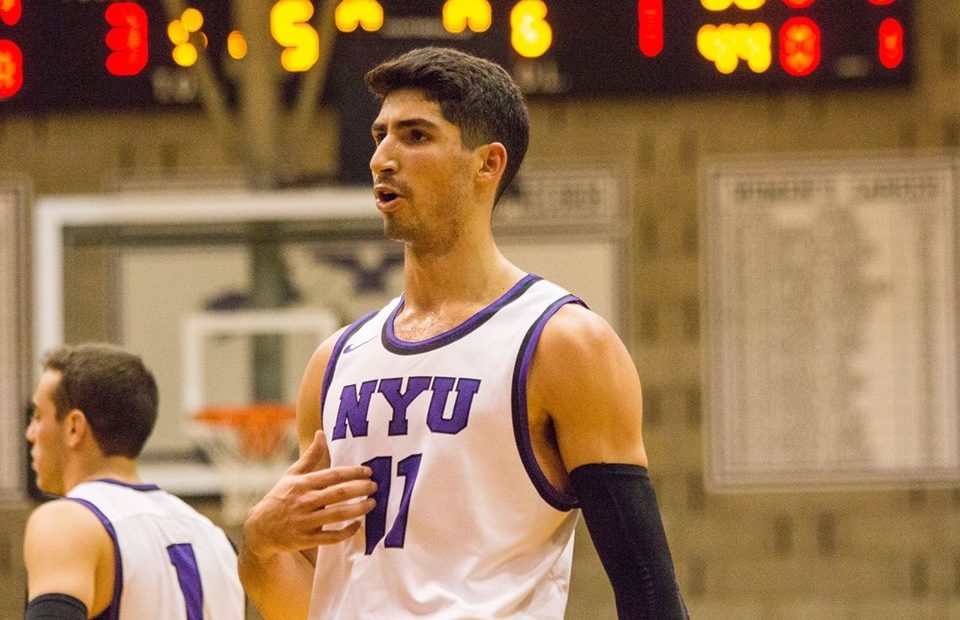 After playing basketball for four years at NYU, Max now plays for Ironi Ramat Gan in the Israel Basketball Super League. “I was a finance major in the Stern School of Business at NYU so after graduation I was deliberating going the finance route but I had the opportunity to try out for some teams here in Israel. I tried out for five or six different teams and landed here (in a suburb of Israel).”

Max had a storied career at NYU. A two-year team captain, Max was named the UAA Conference Defensive Player of the Year in his senior year and was selected as an All American by the Jewish Sports Review.

Now a backup point and shooting guard, Max is working his way through the change to professional basketball and living in Israel. “I made Aliyah so I’m considered a domestic player for the team. I’m living here until the end of my contract at the end of the season and then may return home and see what happens next. If I have a chance, I think I’d like to try to play for another season or two.”

“The biggest adjustment for me has been the language and the culture. This can be a tough country. The people are tough and the basketball can be, too. It’s been a very rewarding time and I will cherish it forever.”

“Coincidentally, I’m sharing an apartment with an AEPi alum from UCLA. The fraternity was a great part of life for me at NYU. I was rush chair, social chair and pledgemaster and was very active. AEPi was at all of my games. I keep in touch with a lot of my brothers when I’m in Israel.”

“I’d love to see any brothers who are in Israel at my games!”