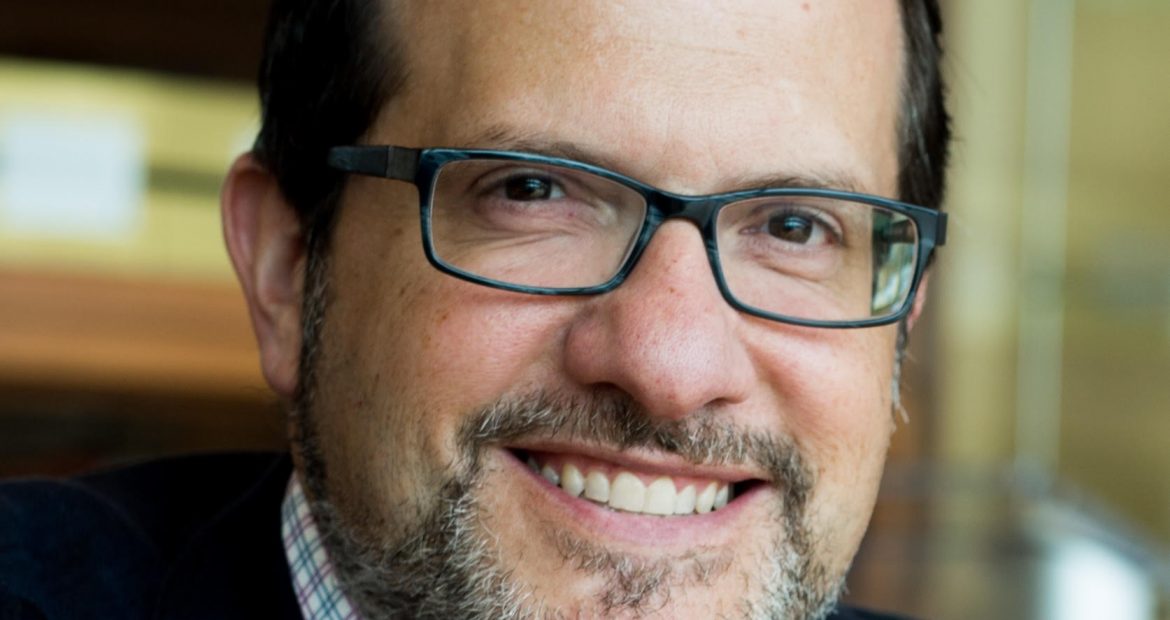 At a time when so much focus has been put on the mental and physical health of college students, an AEPi Brother has assumed responsibility for ensuring healthy students on one of North America’s largest campuses. Brother Doctor Aaron Carroll (Honorary) is the Chief Health Officer at the Indiana University and has been integral to the health of students during the COVID-19 pandemic.

Brother Carroll was born outside of Philadelphia and moved to the suburbs soon after. His father was a  surgeon and he thought from a very early age he wanted to be a doctor. “That was my career goal.” His parents sent him to a small all-boys private school in Philadelphia for 12 years and then he headed to college.

In college, Brother Carroll didn’t really know exactly what he wanted to do, only that he wanted to go to medical school. He cast a wide net, taking a lot of math and science classes until he finally settled on chemistry. “When I was in my third year of medical school I went through lots of different rotations. I enjoyed working more with kids and families.” He decided he wanted to go into pediatrics. Whereas a lot of adult diseases are related to eating, drinking, smoking and drug abuse, with kids it mostly gets better. “A lot of the work that you do with families and parents is about how to keep healthy as opposed to how to prevent death. I like that a lot more.”

When Brother Carroll was working on his residency, things got difficult. “I realized very early on that so much of what parents and families needed I couldn’t give them. The health care system is broken, it’s really bad.” He found that families couldn’t afford drugs, didn’t have jobs, didn’t have housing security, couldn’t get to the visits because they couldn’t take time off, and it would cost too much. On top of that, it was too hard to refer patients because there weren’t enough doctors working in the places that needed them. He really thought about quitting. “Luckily, I had mentors who said to me, you can make a career out of trying to fix the healthcare system. I said, ‘Well, that sounds great, sign me up for that!’ I stayed on for two extra years after residency and did a fellowship with the Robert Wood Johnson Clinical Scholars Program.”

Brother Carroll would go on to receive a master’s degree from the University of Washington School of Public Health. He became a health services researcher focusing mostly on improving access, quality and cost to the health care system. “I was born on the East Coast and did some training on the West Coast. If you told me I was going to live in Indiana, I would have laughed. I was sure I was going to be here for five years and out. When I interviewed for the job, everyone kept saying to me, ‘You know, I thought I was going to be here for a couple years and it’s 30 years later.’ I was like, ‘Well, that’s not going to happen to me.’ It’s totally what happened to me.”

Brother Carroll took his first faculty job at Indiana University School of Medicine. “Most of my original work was on trying to improve quality and we did that by using computer decision support, clinical decision support and electronic medical records to try to get pediatricians to adhere more closely to guidelines and evidence-based medicine.” He was interested in being an independent investigator where he got to pick research projects and apply for funding. The Indiana University Department of Pediatrics was just starting up a Children’s Health Services Research Group, one of the first in the country, and had a strong interest in electronic medical records through the Regenstrief Institute.

Brother Carroll started as an assistant professor, got tenured, got promoted associate professor and then to full professor and distinguished professor. He’s enjoyed doing research and being a mentor. “I have helped build a lot of the major mentorship programs in the school of medicine for faculty who do research.” Currently he’s an Associate Dean for research mentoring and has a number of other positions in the university. “I’m completely different but for a long time that was the path.”

AEPi didn’t become a part of Brother Carroll’s life until later in his career. “My college had no Greek life at all. Here (in Indiana), I met one of my best friends, Jim Fleischer (Z”L).” Brother Fleischer was just moving to Indiana to help run AEPi and the two became incredibly close. A lot of Brother Carroll’s friends had been in AEPi either at IU or elsewhere. “You know Jim ate, drank, breathed and slept AEPi. I’d come to Convention – even before I was initiated. It became more and more a part of my life. Jim kept on me like you need to be in the fraternity. So, I was one of those adults who got initiated late with my other best friend Todd Maurer. I kept going to Convention and becoming more and more a part of it.” Brother Carroll now has a son who is a Brother and a junior at Purdue and a freshman son at IU who is a new member. “It just has become a real part of our lives later in life and ongoing.” Brother Carroll now is the faculty advisor for the Beta Iota chapter at Indiana.

When the COVID-19 pandemic hit, IU shut down along with the rest of the world. In late spring of 2020, the IU President put together a Restart Committee. The committee was set up to figure out how to make school safe so that they could reopen. “I was asked to be on that committee and given a lot of work.” As campus reopened, the IU President also asked Brother Carroll to help run the Medical Response Team.

In 2021, the president realized that they didn’t really have anyone focused on medicine and health who was part of the leadership infrastructure of the University. “So we created the position of Chief Health Officer. I was happy to accept that job.” Around that same time, in July of 2021, the new IU President immediately tasked Brother Carroll with running the Student Mental Health Initiative. “I’ve transitioned out of my straight-up faculty role into this much more leadership position for the last year and a half.”

The mental health initiative was developed in response to the realization that mental health has been worsening in the United States for some time, especially on college campuses. “It’s a tough time for people. It’s the first time people have been on their own and, of course, lots of students have other issues going on as well which just compound all of their stressors…the pandemic didn’t help.” They set up three task forces focused on culture and climate, services and support and policies and protocols. These task forces could get recommendations from experts across all the IU campuses on what needed to be done. “There’s an 18-page document that’s almost all action items. Hopefully it’ll make a difference.”

As the university’s inaugural Chief Health Officer, there are many challenges. No one has a concept of how much work it will take and there aren’t very many people to problem solve. It took time to convince the university of the resources needed to get things accomplished. It also took time to learn ot how to fit into the organizational structure of the university. “People sometimes don’t appreciate that it’s (IU) a $4 billion enterprise with 110-115,000 constituents, with many different campuses, all with different leadership infrastructures and cultures. You don’t want to step on anyone’s toes.”

From this, Brother Carroll has learned effective communication and how to leverage what already exists to get good things done. He’s also been getting more and more involved in science communication, writing regularly for the New York Times and the Atlantic magazine.

“You’re going to do more than one thing these days. You don’t want to have just one goal, it’s important to keep your eyes open. The stuff that has been most beneficial to me is reading and writing, being able to talk. Communication skills are so necessary no matter what role you pick. I was so fixated on science and math when I thought I was going to go to medical school that I probably ignored some other basic skills and had to pick them up later. They’re massively important.”

“College is great and I totally think being in the fraternity is great. The networking and those kinds of connections are also massively important. I think so much of my career has been focused on mentorship. It’s so important to have people who can help guide you in your entire career and life. It’s not something you just need in college. I still need mentorship at this point. Ask what do I need to do to continue to develop myself to continue to advance my skills? Having this sort of built-in network of people from so many different halves is an amazing resource and hopefully people will make use of it.”

Brother Carroll is committed to playing a mentor role for our Brothers. If you’re interested in learning more about his role, he urges you to reach out and he will try to get back as quickly as possible.