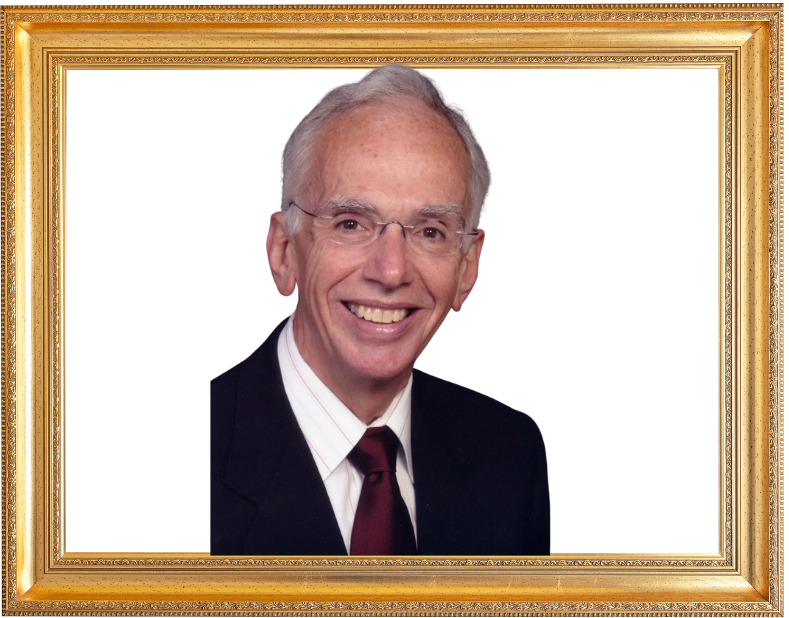 There is no standard path to become a leader for the Jewish community. Past Supreme Master (PSM) Rabbi Stanley M. Davids (Case Western, 1961) is proof that we each can find our own path to leadership.

Growing up in Cleveland Heights, Ohio, PSM Davids attended the Cleveland Hebrew Schools while his family belonged to a Conservative synagogue. “My father had a delicatessen that was central to the Jewish community of Cleveland Heights. There, I would meet the Rabbis, the executive directors, and the teachers who all would be coming in to hangout, eat, and talk about the state of the Jewish world.” He conducted peer-led services for teenagers and was involved in United Synagogue Youth (USY) and also attended two summer camps – Sharon and Mossad – where for eight weeks they would only speak Hebrew.

At Case Western Reserve, PSM Davids double majored in psychology and history and also received a BA from the Cleveland College of Jewish Studies. “I am very interested in how human beings work, why their minds work the way they do, and what are the mechanisms that drive choices. As I was studying Freudian psychology, I became very much aware that Freud’s perceptions were in line with the Talmudic understanding of the good and evil inclinations.” PSM Davids also loves history, with an intense focus on European and Middle Eastern history.”I want to know how we got to where we are today to help me understand where we are likely to be going tomorrow.”

Brother Davids’ road to AEPi was also circuitous. Tau Deuteron’s rush chair discovered that young Stan Davids was interested in becoming a Rabbi. The rush chair said, “Look if you join AEPi and at the end of your first year, if you’ve convinced me that there’s a G-d I’ll buy you a dinner and if you fail – you buy me a dinner.” After initiation, the two quickly became friends and Davids paid off. But, Brother Davids had a new home. In addition to being very active in Hillel and the Student Zionist Organization, he served as Tau Deuteron’s chapter president.

After graduating, PSM Davids attended rabbinical school at Hebrew Union College (HUC) in Cincinnati. He went to HUC because the Conservative rabbinical seminary, Jewish Theological Seminary (JTS), required at the time that he sign a contract regarding his religious observance, a requirement that he found deeply offensive. “I spent a year in absolute confusion thinking maybe I wanted to be a research psychologist. Then I met a Reform Rabbi, who knew my future father-in-law and who knew how to listen. He talked to me about still being traditional while holding on to my autonomy to make decisions.”  HUC also offered unequivocal gender equality which was very important to Brother Davids and was not offered, at the time, at JTS. “I am committed to the Reform movement, but truth be told, the movement is not nearly as important to me as the messages we’re trying to convey. My commitment is much more to the messages than to the denomination.”

After completing rabbinical school, PSM Davids volunteered to serve for two years in the U.S Army – from 1965 to 1967 – as a Chaplain. “I was the Jewish Rabbi. I don’t know where that title came from. I don’t know how many Rabbis who are not Jewish.” He was stationed at Fort Belvoir, home of the Army Engineers. It was also a massive officer training post, where people went to become second lieutenants – and then go directly to Vietnam. Although he served during the Vietnam war era, he attended anti-war rallies in Washington, DC on the side.

“The only time I was ever called in before the commanding general of my post – two stars – was because my presence at an anti-war rally had been noticed. He (the General) said, ‘Chaplain, do you like Vietnamese food?’ You know exactly what he was saying…You show up at another of these things you’re going to be in ‘Nam. So, I was a bit more cautious.” Every time he heard that a traditional Jewish kid was on his way to a Fort in Texas and then on to Vietnam, PSM Davids would contact the Military Police, who would pull the kid off the New Jersey turnpike and have him become a Chaplain’s Assistant.

PSM Davids had a congregation of about 85 retired families who lived around Washington DC and came to the Post Exchange for religious services. He also had a religious school with 40-50 children in it, which was rare for Army Chaplains. One year, he requisitioned the building of a menorah. Since he was stationed at the home of the Army Engineers, they could build anything. They asked him what a Menorah looked like and he drew it out for them. ”I said the only thing that I need is that it’s going to be outside so it needs a little bulk to it.” Two weeks before Chanukah he got a call to come down to the chapel, and there was a flatbed truck sitting there with a giant menorah. “It was taller than I am in both directions. It was huge. How did they make it? They used sewer pipes. I didn’t know whether to light the candles each night or to flush it.”

Fast forward a few years and PSM Davids’ son, Ronn (Tufts, 1987), decided to join and became master at AEPi at Tufts University. “AEPi was going to have its National Convention in Boston. He (Ronn) said, ‘My father is a Rabbi, maybe you could use him at the convention.’ I delivered a major address. I could hear the vacuum sucking me back into activity in the Fraternity.” AEPi’s Supreme Board of Governors asked Brother Davids to become its International Rabbi. Thus, began his second stage of AEPi involvement

Some of Brother Davids’ favorite AEPi memories came about after he started getting involved as an alumnus volunteer. He remembers sitting in his chair several years ago at convention and being told to stand up before the Supreme Master. He thought he was about to get yelled at – but instead he was told that he was going to be awarded AEPi’s highest honor, the Order of the Lion. “That was amazingly meaningful. It is recognition from peers and that’s one of the nicest things that could happen.” Another favorite memory was at AEPi’s 100th anniversary convention where he conducted Shabbat services on the USS Intrepid Aircraft Carrier, in Manhattan. “I loved going into Manhattan and having the AEPi banners flying over the Waldorf Astoria Hotel.”

As Supreme Master, PSM Davids saw first-hand the benefit of the fraternity’s emphasis on being a laboratory for Jewish leadership. “I met with undergraduate Brothers over and over and discussed the importance of building a committed Jewish Brotherhood.”

Over the years, PSM Davids also has held top leadership positions in major American and Israeli Jewish and Zionist organizations.He and his wife Resa are citizens of both the the US and Israel.

PSM Davids learned a lot from AEPi. “I learned the politics of human relationships. I learned how to organize and get a group to follow. I learned how to sell my product to people who were concerned. I learned an awful lot about what goes on on college campuses and that has followed me all throughout my professional career to this moment. AEPi helped shape my Rabbinate.  I made so many friends and we did some good things together.”

“Is it OK to mention here that three of my grandsons are AEPi’s – and soon there will be a fourth?”

“Whether you become a Jewish professional or you become a donor or an activist on a committee or on a board, the Jewish community today is strongly in need of new cohorts of committed Jewish leaders. How to do that? Go to Israel for a long stay, become an intern in a local Jewish Tikkun Olam structure. Learn what’s going on and find if something touches your soul. Don’t do it out of obligation. Do it because it’s fulfilling, challenging and offers a real shot at shaping the future. We’ve been doing this for more than 3,000 years but it isn’t automatic. It requires people like yourselves to say, HINENI – Here I am.”