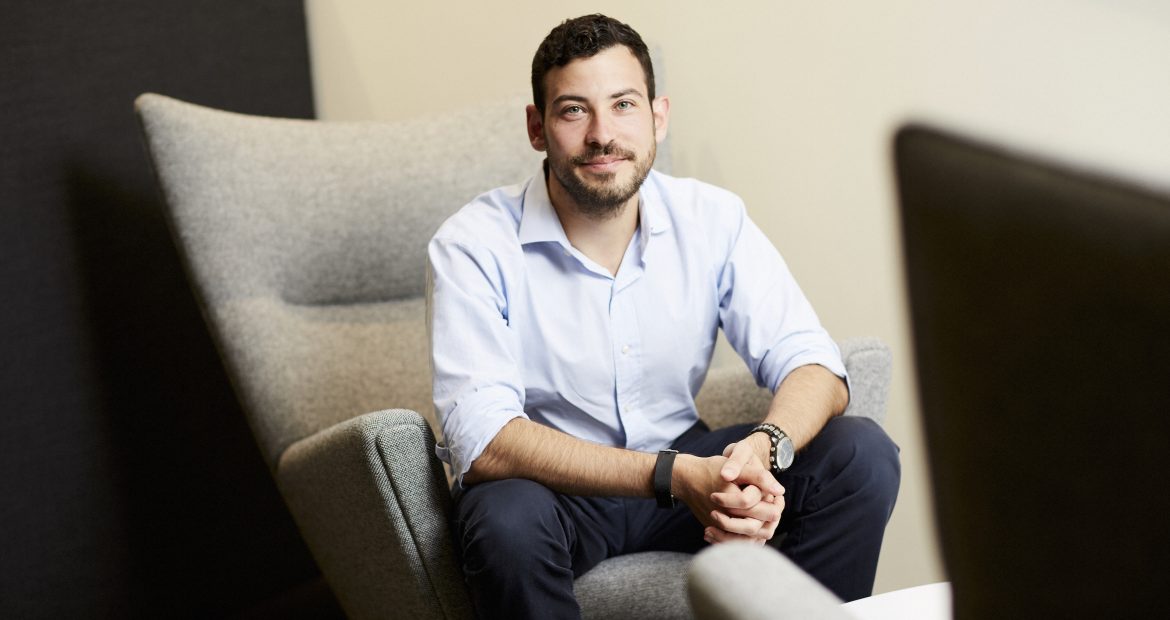 Having an authentic connection in a community in this time of isolation is extremely important, especially with so many breakups caused by the pandemic. Endless swiping on profiles is what online dating apps have become. With communities and a dating app focused on video-first connection, Brother Zach Schleien (Syracuse, 2012), has created a way to form a more authentic connection via app.

Growing up Reform, Brother Schleien was Bar Mitzvahed, observed the high holidays, and went to a Jewish summer camp. “Judaism wasn’t a huge part of my life before college.”

At Syracuse, Brother Schleien, majored in history and marketing. “It helped me think critically when it comes to writing, being able to craft emails, and stories.” While hiis major does not really align with what he is doing now, the process has helped him.

“I rushed spring of my freshman year. It was my first semester.” He became very involved with Judaism through AEPi, and would go on to become Religion Chair. He went on Birthright and became very involved at Hillel. As Syracuse Hillel’s Vice President of Student Engagement, he ran events like apple picking and engaging AEPi Brothers. “I learned about building relationships, it was really unique to have this sense of Brotherhood. The philanthropy we did was awesome and the social life was great. AEPi was overall a great experience.”

After college, around 2014 to 2015, Brother Schleien was super annoyed and frustrated with online dating through Tinder, Bumble, and Hinge. “It was super inauthentic. I was just swiping on profiles and it took a lot of time. A lot of times I would meet up with dates and we wouldn’t have chemistry or they might not look quite like their profile.” He started Skyping his dates before meeting with them in person, and that’s when the idea hit him. Brother Schleien wanted to normalize video chatting before meeting in person for other singles. With his co-founder, a software developer, they started the Filteroff app.

Just before the pandemic – in February of 2020 – Brother Schleien launched Filteroff. While most businesses struggled during the pandemic, Filteroff took off. It got news coverage from BBC Click, The New York Times and other news outlets. “During COVID I saw how fundamentally disconnected people were and it motivated me even more to help people find a sense of connection and belonging.”  Taking away the inauthentic connection, and minimizing the possibility of catfishing, and adding a real element through video chat, allowed the app to succeed. Instead of communities in isolation, Filteroff allowed Brother Schleien to create communities with his own app.

The first community that reached out to Brother Schleien was a Jewish Syrian community that said that they wanted to run their own dating events. “That community would run massive Filteroff events with 400 people. We created three marriages from that community, so it was super successful.” That is what kickstarted them to be very community focused.

Filteroff now has served thousands of Jewish singles and has created many marriages. Creating events is free. Organizations like Hillel, Chabad, Jewish Federations, and Jewish Community Centers have created events. The app also has a variety of different communities including one for Jews called MeetJew.

Organizing communities and events is just one part of the app. Once you join the app, it will suggest events based on your preferences. Events work like speed dating where you talk to people for three minutes. At the end of the event you can see if anybody would like to continue dating. You can also get one of their “matchmakers” to set you up, choose a time and date to video chat and get some basic information about the person you will be talking to beforehand. “Even though you may feel uncomfortable, it will give you the ability to meet other singles, not other profiles”

The results are stunning. “I got an email the other day that someone met their partner (on Filteroff) and they are going to get married and have kids. They had been using Tinder for years and have had zero success and said Filteroff is all about finding your person.”

In October of 2020, Brother Schleien left his 9 to 5 job to work on Filteroff full time. Filteroff just hired its first employee, who also went to Syracuse. “It’s an awesome feeling just growing this company now.”

Brother Schleien is now 31 and since the age of 21 he has been involved with a number of other start-up projects with varying degrees of success. “If you have an idea or want to start something new you have just got to do it. It’s so easy to make excuses about why you need a developer and why you need funding. Those are all excuses that you put on yourself. As students we’re very capable of coming up with solutions and really creating incredible things when you take those obstacles out of the way.”

“We have had some Brothers who joined. I would love to see an AEPi virtual speed dating event with a sorority. AEPi maybe with AEPhi could be a lot of fun. That’s the one thing that’s missing.”

You can download Filteroff on the App Store or on Google Play. To learn more about Filteroff visit its website at https://www.getfilteroff.com.