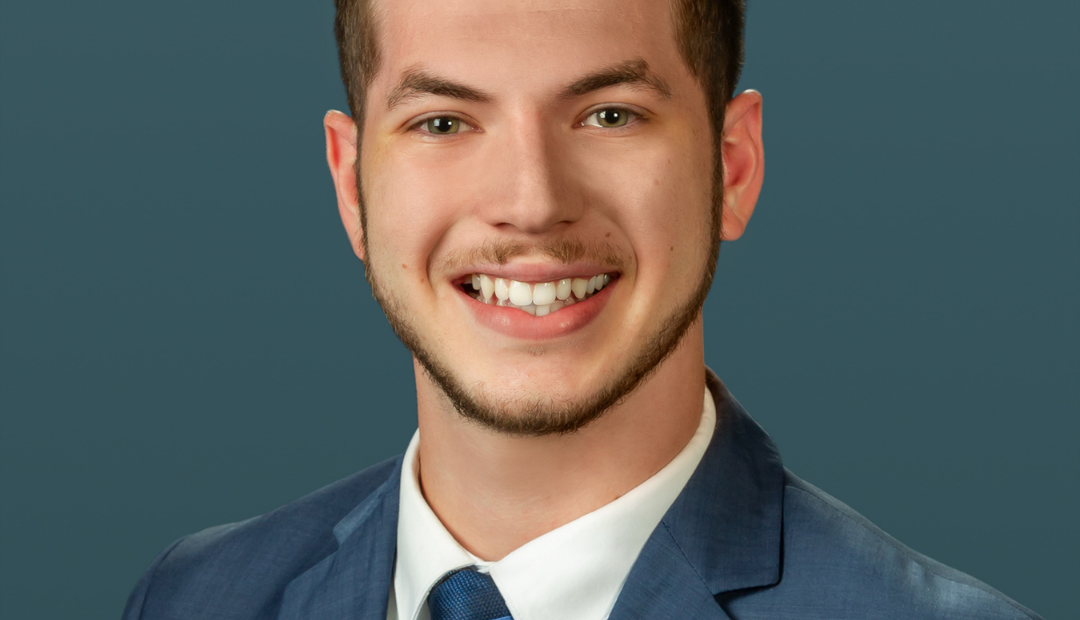 Jewish leadership can take on many forms, within and beyond the AEPi chapter. Brother Noah Fineberg (Florida, 2023), has not only shown leadership in his local community but also in AEPi and at the University of Florida.

Born and bred in Coral Springs, Florida, Brother Fineberg came from a large Jewish community and was active in Jewish life. He went to Jewish Day School, Hebrew school every Sunday, had a bar mitzvah and celebrated all the holidays. Even when he switched to public school, he stayed involved through NFTY (The Reform Jewish Youth Movement), synagogue and other Jewish activities. “I had a very fulfilling Jewish upbringing.”

In 2013, Brother Fineberg’s grandmother passed away from breast cancer after a 20 year battle. Brother Fineberg and his mom were looking for ways to get involved and to honor her legacy and her life. Becoming involved in Making Strides Against Breast Cancer, Brother Fineberg served in various roles in the organization for many years.  “They do great work keeping dollars in their local communities. They not only do research but provide services to the people going through the toughest battles of their lives.”

In high school, Brother Fineberg was not really sure what he wanted to do for a career. He originally thought he wanted to go into film and move to California. “I actually fell into politics by accident. I was looking for something to do in the summer of 2018. I was always interested in politics, news and world events.” His mom suggested that he go intern for a political campaign. He became a summer intern for Andrew Gillum for Governor and moved to Tallahassee to work in headquarters over the summer. That internship grew into a job and Brother Fineberg got hired to serve as the Deputy Political Director of Broward County. That summer changed his career trajectory, leading him to be campaign manager in a mayoral election and a deputy campaign manager in a city-wide special election.

Brother Fineberg then graduated from high school, went to Europe, and thought that was going to be it for his work in politics. Shortly after he got back from Europe, he was contacted by some folks that he had worked with to come work in a firm that they had just started called Progress for Florida. Hired on the spot, he worked on several projects surrounding political consulting, and government affairs.

Currently majoring in telecommunications with a focus in media and society with a minor in public leadership, Brother Fineberg is a pre-law student. “I think I want to do something in the public sphere, so some kind of government law.” AEPi has always been part of his life. His uncle is a founding father of the American University chapter and he has other relatives who have joined AEPi. He looked at other fraternities but nothing really connected to him like AEPi did. He was Vice President and Sentinel of the chapter.

As a leader in AEPi, Brother Fineberg took charge of one of their philanthropy events. “AEPuppies has been our fall philanthropy for a while now. It’s a really great way to make an impact and raise money.” The money that they raised supported an alumnus, Brother David Ogman’s foundation, Saving Jordan Ogman. “Who doesn’t love puppies, who doesn’t like supporting an animal shelter while supporting a cause that is near and dear to our chapter’s heart.”

AEPi has taught Brother Fineberg the value and meaning of Brotherhood. “I think that kind of camaraderie and friendship that goes beyond friendship has been one of the best lessons that I’ve learned.” His favorite AEPi memory came right before the COVID-19 pandemic, Brother Fineberg went to the Bahamas with some of his chapter Brothers. “For all the tough times we were going through afterwards we had a really memorable experience to look back upon. Just being with your best friends in the whole world on the beach, hanging out, enjoying, relaxing for a week was just great.”

Being a leader hasn’t always come easy to Brother Fineberg. When he got to the University of Florida he learned about the history and the strong traditions of the Student Government (SGA) there. “It was actually an AEPi Brother who was serving in the senate at the time, who encouraged me to apply at first. Of course I didn’t get it the first time.” He applied again and still didn’t get it the second time. “He (the Brother) told me to keep on going and the third time was the charm.” He got elected to student senate in October of 2020 and was reelected in October of 2021. “Today (March 1, 2022) is my final day serving in the senate.”

Brother Fineberg had an incredible 18 months serving in the student senate. He served as chair of the Judiciary Committee and was the Senate President Pro Tempore for his last five months in office. “There is an endless array of possibilities we have here. We are one of the luckiest student governments in the country with the resources we have. A $23 million budget is not something a lot of 21 year olds have at their disposal.” The University of Florida student government runs the largest speakers bureau in the country, recently hosting Howie Mandel.

Through all of his triumphs in the student government, Brother Fineberg has kept his Jewish identity strong. His current role comes with an office that was funded/donated by Brother Marc Adler (Florida, 2002) and is named in honor of Brother Adler and his wife who both served in student government. “The first thing I did was to go out and buy a mezuzah and put it on the door.” Rabbi Jonah Zinn, who is also his chapter advisor, came and asked why he did this, even though he didn’t need to.

“First, is that there are a lot of important decisions, it can be heavy at times and having a physical reminder of my faith to ground my decisions in is important. The second reason is people come in and out of the office all the time. Having a symbol of Jewishness, that a Jewish student leader is here I think speaks volume to both Jewish students and non-Jewish students. For Jewish students, it’s a demonstration that you can do this too. I am a visible representation of what is possible. For non-Jewish students it’s a reminder of the importance of the role that the Jewish community has to play on this campus.”

“Luckily, the University of Florida is one of the very few college campus student governments that have not been affected by the wave of antisemitism and anti Israel hysteria that has plagued so many college campuses.”

Brother Fineberg has worked with the student government and other Jewish organizations to educate folks on a strong Israel – US relationship and the dangers of the Boycott Divest Sanction Movement.  “Through AEPi’s strong leadership on campus and a variety of other student government rules, with support for the state of Israel. There has never been a resolution introduced in the senate because we won’t allow it.”

Brother Fineberg has inspirational advice for Brothers seeking to be leaders on campus. “Don’t let rejection phase you. It really took me three tries to just get to the basic part of the student senate. Go out, be visible and be proud to be a student leader. Be proud to be a Jewish student leader. The more of us that go out and do that will make it easier for the next person.”

“The network of AEPi is so important and so useful. You get to meet all these amazing people through AEPi. Take advantage of that. These people will walk through fire and run through walls for you, even if they’ve never met you because of what these letters mean. I encourage active Brothers to remember that when they go out into their fields, that they pay it forward to the next guy.”