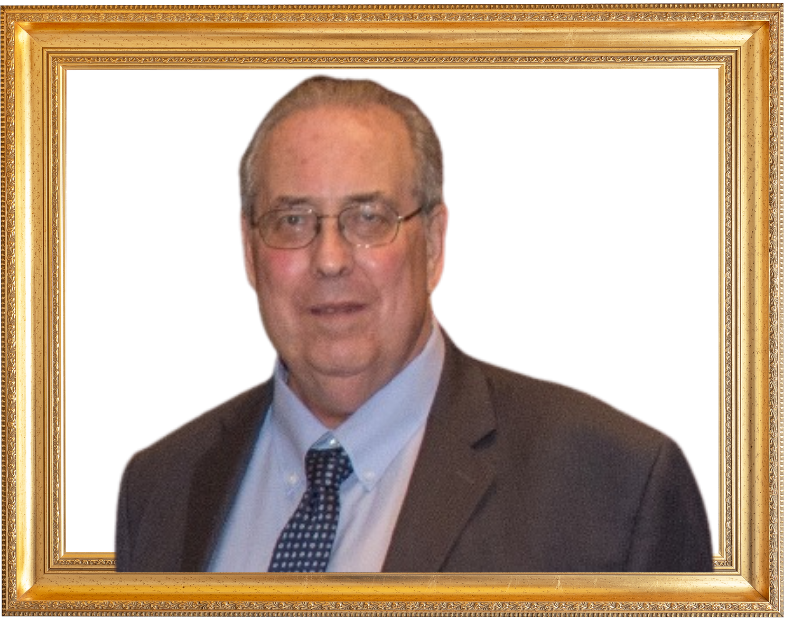 Following your passions in life is important because it – ultimately – brings the most fulfillment. Past Supreme Master (PSM) Stephen Bernstein (Wayne State, 1969) followed his passions of Fraternity and basketball and has found his fulfillment.

PSM Bernstein grew up in northwest Detroit and not in the suburbs. “I always say it was a very Leave It to Beaver kind of a childhood because it was very middle class and we were all friends. Seventy years later we’re all still friends.”  His parents weren’t very religious but they made sure that they celebrated the High Holidays. Passover, Chanukah. “It was very easy to know if you were Jewish. You went to Detroit public schools and then you went on the Hebrew school bus.”

Detroit is a sports crazy city. “We played hockey in the street when it iced up, baseball, football, whatever the season was.” PSM Bernstein played pick-up games of basketball at the Jewish Center on the way home from high school. There were also scholastic sports, varsity sports, and other leagues to play  in. Unfortunately, a knee injury in the 9th grade kept PSM Bernstein from playing high school basketball.

About three weeks after his high school graduation, on his 18th birthday, his friend from AZA (Aleph Zadik Aleph) called him and said that he joined a fraternity in school. “They’re really nice guys and they know a lot of girls.” PSM Bernstein went down to Toledo AEPi house to visit his friend, and met all of the Wayne State AEPi Brothers.

When he joined AEPi at Wayne State University, the school had about 2,000 Jewish students and there were four Jewish fraternities and four sororities. PSM Bernstein would go on to be Vice President and Rush Chair. AEPi had fewer members at the time but rebounded quickly with Brother Bernstein in charge of recruitment. “Rush, in one sense, is a sales job. You’re selling yourself primarily and your friends. It taught me how to take a leadership role in getting an event and members ready for the event.”

When PSM Bernstein went to college, it was a different time with the country in the grips of the Vietnam war. “It was the 1960s and it was a strange time and Wayne State was a very radical inner city type of school. I presumably wanted to study political science or business.” At Wayne State, his focus was fraternity and he eventually failed out. He studied Michigan law, history, physical science, badminton and still didn’t couldn’t get his GPA over 2.0. “I would tell the guys, don’t do it my way, you’re just making it harder. It’s not like you can’t get over it, but why? Study, get your degree and if you’re lucky, you find something that you’re passionate about. You can turn that into your life’s work and it’ll seem like you never have a job.”

“Too many people join the fraternity, they have a great experience and they got what they were hoping to get, but there is an after-college benefit. A lot of our guys don’t realize how many opportunities the fraternity can open up after you get done with college. I have some great memories from afterwards. Again the people were the main thing.”

PSM Bernstein became a field secretary (known today as an Educational Leadership Consultant) after graduating college. “When I was on the road, that lit the fire for starting chapters and meeting guys.” At some point after graduation, then executive director Sid Dunn called him and asked if he would like to be involved as a Regional Governor in Detroit and that he should meet the guy that had his old AEPi job for coffee. “He’s wearing one of those beanies that says AEPi. I go to the coffee shop and he’s got suspenders. Everything but a light flashing from his nose. So that’s when I met Andy Borans, he was about 20 years old. Even then, he was a great salesman for AEPi, so he lit the fire back up for me for expansion.”

When Brother Bernstein was on the Supreme Board of Governors (SBG), and then while he served as Supreme Master, he and Borans started chapters together, many in Canada. “We just told the guys (working for AEPi) to get off everywhere there was a university and start any chapters. There weren’t any chapters in Canada at the time. That’s probably the thing I’m most proud of is the Canadian expansion.”

After leaving a large law firm, PSM Bernstein went on to start his own law office. Today, he primarily focuses on fraternal law, the student housing business, first amendment issues, and contract issues. He is very happy still working as a lawyer because he enjoys and is passionate about the work that he does.

PSM Bernstein’s two passions were always fraternity and basketball. He became a referee and climbed the ladder from 6th grade girls basketball to high school and then to college games. At one point, there would be a long list of scores from around the state in the newspaper and he was in every one of those games. He would officiate games from the inner city of Detroit to the rural farms out by Lansing.

At one of his first college games that PSM Berstein officiated was the Lady Adrian Bulldogs vs. Lady Sienna Heights Crusaders. He was excited not only for his first college game but also because there wasn’t much to do in that town, so there would be a big crowd. His partner, a grizzled veteran referee, made a bet with him that the first person to blow their whistle had to buy dinner. The game begins and the coaches of both teams are wondering if PSM Bernstein is going to call anything because he is not blowing his whistle, just pointing. Midway through the first half of the game, PSM Bernstein realized that this bet was stupid, and blew his whistle. The Athletic Director walked into the locker room after the game and PSM Bernstein thought his college officiating career was over. “You let the players play through their emotions, you didn’t call a lot of fouls, both coaches are really happy with how the game was officiated. Congratulations, you’re welcome back here anytime,” said the Athletic Director.

PSM Bernstein offered some advice to younger Brothers: “Don’t be afraid to go for it. You’ll be surprised by your leadership capabilities. If you have a passion about something that you feel so strongly about, don’t be afraid to pursue it to be a leader. Leaders emerge they’re not born..there are a lot of diamonds in the rough.”