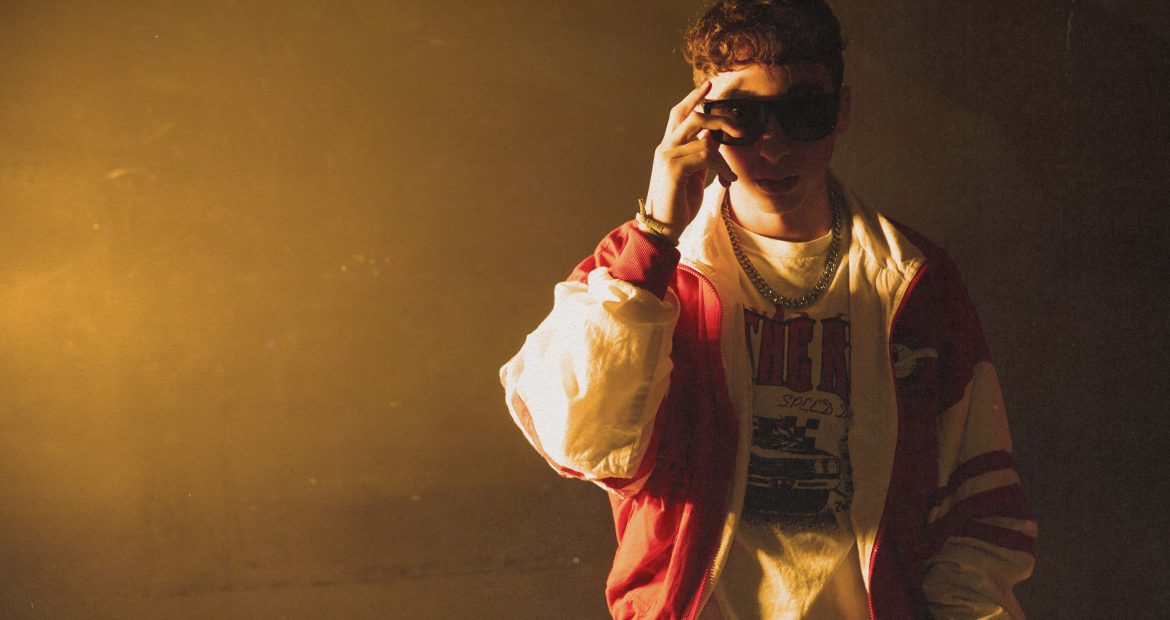 The music industry can be tough to get into, but with hard work and dedication anything is possible. Self-taught, Brother Drew Eisenberg (Florida Atlantic University, 2025) has been working on his goal to get into the music industry.

Brother Eisenberg grew up in Long Beach, New York on Long Island. “It was a very Catholic city. There weren’t many Jewish people there. It was difficult being Jewish in a non-Jewish place. There are not a lot of things that you feel connected with. I didn’t have a Bar Mitzvah.” His parents weren’t very religious but his grandparents wanted him to learn more about Jewish history and Israel. In 2012, he moved to Boca Raton Florida and got more connected with his Judaism.

Brother Eisenberg is majoring in Marketing at Florida Atlantic University. “I really thought marketing could help because marketing and music go hand in hand.” When he got to school, he knew he wanted to rush AEPi. “My brother joined when he was a freshman. He has told me many great things, how he’s made lifelong friends and learned how to be a better person.” His favorite memory so far is being initiated and finally joining the Brotherhood. He is the social chair of his chapter and is planning events for the Brotherhood. “It (AEPi has) taught me all these different things like loyalty and how to be hard working. All these traits have molded me into a better person.”

Brother Eisenberg has many inspirations. His songwriting inspiration comes from himself, situations that he’s been through and situations that he hears about. “One of the main things that inspires me is other music.” He is inspired by Bruno Mars, Kanye, Michael Jackson, and Drake.

Self-taught from YouTube, Brother Eisenberg has learned and enjoyed producing music. “When I was younger, I never really wanted to be the main guy on stage. I was more interested in the creation process of the music rather than performing it. It was really cool because you get to start from scratch and make something that wasn’t there before and put it into the world.”

Brother Eisenberg has used social media like TikTok to gain traction. ”If you’re not on TikTok you’re going to get left in the dust. Anybody can change their life in a matter of days by just posting on TikTok. I think it’s a great tool for people in the creative space because it allows you to open up, be yourself and gain an audience.”

On January 21, Brother Eisenberg dropped a new song with Sak Noel, who’s worked with big names like Pit Bull, Sean Paul, and Daddy Yankee. Brother Eisenberg has releases lined up every month and is going to be performing live. “I’ve got a lot of cool stuff in the works.”

Through the connections he’s made through AEPi and support from his chapter Brothers, Brother Eisenberg is motivated to work harder. “Keep your head down and work. It’s really what separates the people who make it and the people who don’t. You have to just keep on working, even if it’s just 5 minutes a day. Keep practicing and improving your craft.”

“AEPi is something that came into my life and has been really great for me and it’s brought me out from a dark place. I really just get inspired by all these amazing people in the chapter.”