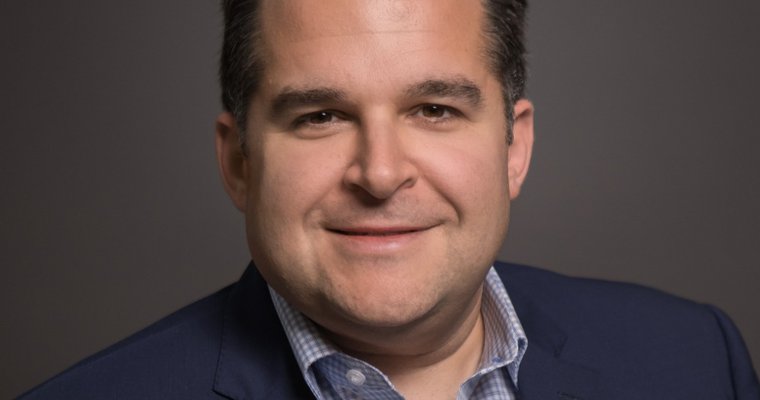 It’s pretty safe to assume that Brother Josh Halpern (Cornell, 2001) never dreamed that his future business partner would have nicknames like the Big Baryshnikov, Wilt Chamberneezy, or the Big Shamrock. But, here he is, working with four time NBA Champion and 15 time NBA All Star Shaquille O’Neal. Brother Halpern was recently named CEO of Shaq’s restaurant chain, Big Chicken.

During his freshman year at Cornell, Brother Halpern joined AEPi’s Beta chapter. As an undergraduate, he quickly became a chapter leader and was elected Lieutenant Master, Exchequer and, eventually, Master. He enjoyed taking weekend road trips with his Chapter Brothers to conclaves, Cornell hockey games, visiting other chapters and even going to the induction of the Eta Pi colony at York University in Toronto.

“It was that comradery and knowing you had a sense of belonging on campus that drew me to AEPi.” While serving as Master, Brother Halpern had the opportunity to join with the first Cornell Birthright trip.

After majoring in policy analysis and management, Brother Halpern was introduced to Proctor and Gamble (P&G) by a professor. “It was actually two Brothers who sold me on joining P&G after college.” After working at P&G, he moved to the Just Born Candy Company. “It is Mike and Ikes, Hot Tamales and Peeps, which was fun. Then I ended up in the beer business for a couple of years.” He worked for FIFCO USA and Anheuser Busch where he worked in experiential marketing.

Building 46 restaurants with Budweiser, Brother Halpern has a lot of experience with experiential marketing. “When you go into a lot of stadiums and airports today, you see a lot of Budweiser or Bud Light bars and restaurants. During my time there, I ran all of those on-premise experiences for Anheuser Busch.” He worked with concessionaires to create branded experiences. “One of those restaurants, Beer Park by Budweiser, was how I met Shaquille O’Neal and the other partners of Big Chicken.”

Working in a start-up with someone like Shaq is unlike doing business anywhere else. Normally, a business would want to develop and grow in a certain geographical area to be considered successful. “With Shaquille, he used to play for the Miami Heat and the owner of the Heat owns Carnival Cruises, so he’s had a relationship with Carnival for years.” Big Chicken will be on two of their ships. Shaq also has a close relationship with the owners of The Oakview Group Venues and Walmart and Big Chicken may play a role in those locations in the future.

“The best part about Shaq is that he is one of the most authentic human beings I’ve ever met. The guy you see on TV is the guy. He has extremely strong values and extremely good judgment. He trusts his people to do the right thing, but asks the serious questions along the way. He is a really amazing leader to work with.” The job does come with some challenges.

“Every single decision I make, I need to ask myself, it might be good for the P and L (profit and loss) but what does it do for Shaquille’s reputation?”

One of the biggest challenges is protecting Shaquille’s legacy. “It’s not really different from being in a leadership role in Alpha Epsilon Pi. Your number one job is to protect the prestige of the fraternity. When that’s your number one job, you look at things a little bit differently.”

What makes Big Chicken different? “People look at the food and smile.” From cookies with the circumference of a basketball to the blue and orange dyed New York Islanders sandwich, everything should taste great and also communicate fun. Brother Halpern’s favorite products are the milkshakes and the chicken sandwich. The quality of the chicken – with no artificial ingredients, antibiotics, hormones and cage-free – sets it apart from competitors. “Our goal was to put out the best possible end-product for our consumers.”

The biggest piece of advice Brother Halpern has is to not immediately go for the glitz and glamor. “Everyone wants to start with the flash, with the cool brand, with the Instagram page, the website. Truthfully, what I’ve learned is that all of that stuff is great but it’s the icing on the cake.” He suggests focusing on getting the supply chain, the distributors, and the sourcing right, to make sure the business and brand will be successful.

Shaq is famous for saying, “Excellence is not a singular act, but a habit. You are what you repeatedly do.” That applies to both basketball and food. And, Brother Josh Halpern is doing his part to keep up the excellence in Shaq’s businesses.

« Rob’s Report: Looking to Our Future With an Eye on Our Past
Brother Daniel Segall (Wake Forest, 2015) »