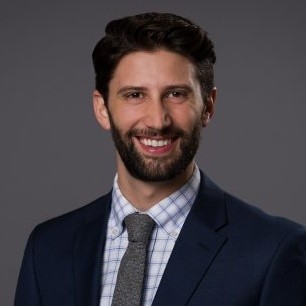 You may have a vision for the direction of your career but over the course of time you may find that your true passion leads you in a different direction. For Brother Adam Teitelbaum (UC San Diego, 2010), it was making the switch from working at a for-profit business to a non-profit. And, now, his career has taken another turn as he was recently named the Executive Director of the Israel Action Network.

Brother Teitelbaum grew up in the San Fernando Valley in California. He went to Jewish day school and Camp Ramah California. He even had his Bar Mitzvah in Israel. Friday nights were particularly special. “One of the most formative parts of my Jewish life growing up was Shabbat dinner. My parents created a Friday night environment that my friends wanted to be a part of. For Shabbat dinner, our house was the place to be.”

Brother Teitelbaum was really uninterested in joining a fraternity when he first got to UCSD. While in high school, he looked at colleges that specifically didn’t have Greek life. During his senior year of high school he got invited to the American Israel Public Affairs Committee (AIPAC) policy conference. There he was introduced to Andy Borans, Elan Carr, and Matt Waas, who asked him if he wanted to join. “I said I’m not interested, I don’t want to join and they said we’ll see about it when you get to school,” he recalled.

When he got to school, he saw AEPi Brothers canvassing on Library walk. As rush week started he realized that a lot of his friends were a part of AEPi. “I got more introduced to AEPi and I played hard to get. The guys continued to rush me and sure enough at the end of rush, I was totally bought in. I wanted to join and be a part of it.” Brother Teitelbaum would go on to serve AEPi’s Chi Sigma chapter as new member class president, public relations chair, chapter master, and formal chair.

Brother Teitelbaum majored in International Studies with a focus in Political Science and History. For the first couple of years he took classes in economics and Mandarin Chinese, and initially wanted to go into international business. Through most of college he didn’t experience much anti-Israel or anti-Zionism sentiment. His senior year the first Boycott Divest Sanction (BDS) resolution was introduced at UC Berkeley and then on his campus, at UC San Diego. Brother Teitelbaum became very involved in trying to stop those resolutions from passing. This led him to become more involved with other Jewish programming on campus.

In the winter of 2010, AEPi called and Brother Teitelbaum answered. He was offered the job as the International Director of Jewish Programming. “The experience of being a leader in AEPi, Jewish learning and everything else happening on campus felt like this was a great opportunity.” Brother Teitelbaum traveled across the country to engage with chapters and Brothers. “I watched the way in which the chapters who embraced their Jewish identities the strongest, were the strongest chapters.”

After three years working for AEPi, he was then recruited to work for AIPAC. After nine years there building leadership programs, he was asked to become the executive director of the Israel Action Network, which is part of the Jewish Federations of North America. “I am looking to be a part of building a flourishing, safe and healthy Jewish community as part of the Federation system.” Currently he is focusing on how Jewish communities connected to Israel are facing a generational problem when it comes to being critical of Israeli policies versus antisemitism hidden behind anti-zionism rhetoric. “The Jewish community is so remarkably strong and I hope that our work in the Jewish Israel Action Network can contribute to that.”

Brother Teitelbaum has advice for Brothers facing antisemitism. “First thing that I want them to know is that I see them and I’m right there with them. In response, I would say that the greatest thing that they can do is to not let the bullies win. There are people who genuinely have questions about Israeli policies, but that’s not what leads to people being scared to wear their Jewish star, or some other form of outward sign of Judaism.”

“We must stand up to bullies. One of the greatest ways to take the sail out of the bullies is by doubling down on our connections to our Jewish identity by having shabbat dinner and having opportunities to engage meaningfully. During Chanukah, light a menorah and put it up in your window.”

“I’ve seen this across the country, that when AEPi Chapters stand up and are very outwardly proud of their Jewish heritage, the campus follows. There is a really important leadership role that AEPi can play.”