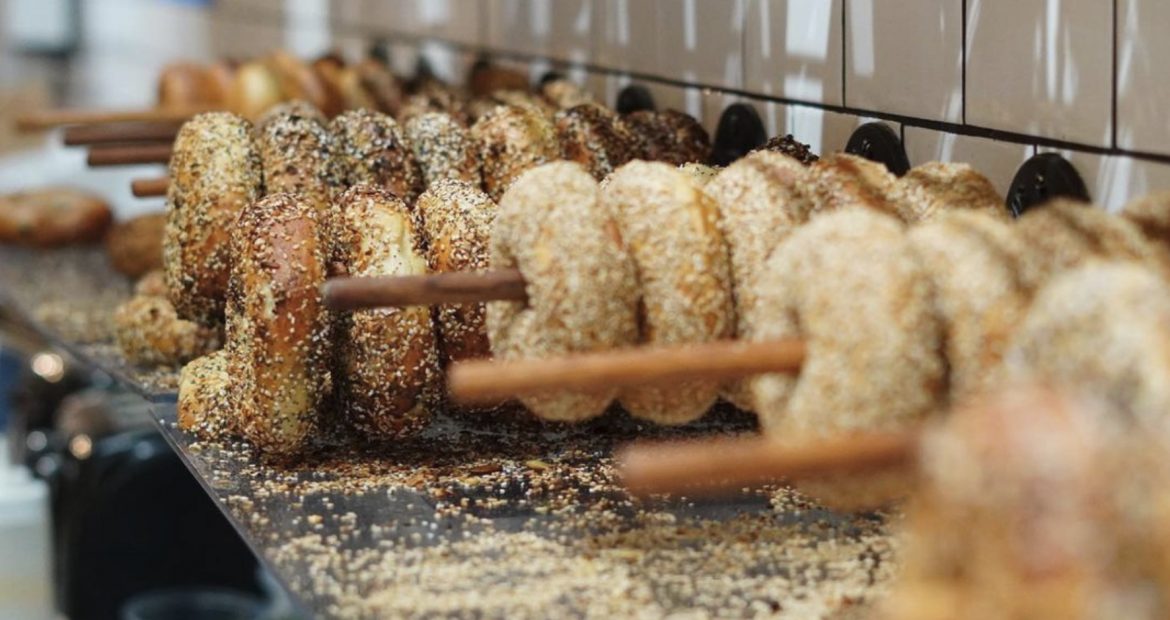 Want to learn more about Brother Josh Borenstein and his business? Join the AEPi Foundation for a Zoom session with him on Tuesday, August 17 at 2:30 PM ET. Register for the event here. Brother Borenstein will be discussing his business endeavors and how Jewish food has fueled generations, and will happily answer questions you have for him. We hope to see you there! 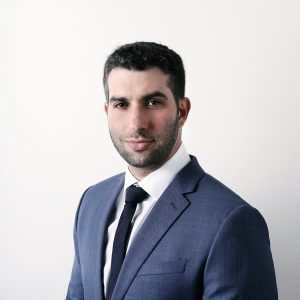 Brother Joshua Borenstein (NYU, 2008) has found success in all of these ways and, in every case, it came about as a result of his hard work. After graduating from New York University, the Phoenix native originally thought his career would be in international relations. “I thought I would try to do something politically, along the lines of the U.S. – Israel relationship, but I realized that I needed to make some money first.”

After spending several years working for a growth equity firm, Brother Borenstein moved to another firm specializing in investments and e-commerce. “I got to spend a lot of time speaking with entrepreneurs who were growing their digital businesses and I found myself jealous of those guys. They seemed to be having more fun than me. I wanted to get on that track.”

“I started a business which took me to Paris for a year and then to Australia for six years. We were working on flash sales, like daily deals, in France and Australia. We had built out about 15 different sites in Australia for local deals for restaurants and spas and travel. We became the market leader in Australia for exclusive travel packages.”

After their first child was born in 2017, Josh and his wife moved back to the U.S., first to Las Vegas and then settling in New Jersey. “When we were living abroad, my wife really got into baking and developed a line of unique gluten-free flours. Not an all-purpose flour, but specific built-for-purpose flours.”

“My family was in the bagel business in Arizona. We owned the Jewish deli – Chompies – in Phoenix. I grew up around bagels…I was ‘Bagel Boy’ as a kid! My wife, though, developed this great gluten-free bagel recipe and we thought we should bring it to New York City.”

As a result, Modern Bread and Bagels was born. While Josh continued working on founding a new business, an exclusive travel site, his wife continued to build out the bakery and the newly opened restaurant, Thyme & Tonic, next door. “Having travel and restaurant businesses in the middle of the pandemic wasn’t a great thing, but it worked out eventually. We just kept working hard.” The restaurants offer mostly plant-based cuisine and both are certified kosher.

Brother Borenstein’s new travel venture is a curated VIP travel site for those looking for great travel opportunities and benefits, but who may not have the time to put the whole package together. (Josh has set up a special code for AEPi Brothers to receive a $100 credit when they sign up for the service at https://viptraveler.com/aepimember).

“I never thought when I went from Arizona to NYU that I would be in a fraternity, but it was one of the better decisions – if not the best decision – I made in college. I remember the AEPi consultant, Richie Dinets, was looking to reorganize the chapter with a new and large group of guys. With his help and a lot of hard work, we built Alpha chapter back up to close to 100 Brothers and we won the AEPi National award for best chapter.”

One of Brother Borenstein’s contributions to Alpha Chapter has made an impact across AEPi’s 175 campuses. “I ended up creating ‘We Walk to Remember’ at NYU. It was a great program that got people in our community to pay attention to Yom Hashoah. The next year, with AEPi National’s help, it started growing. It went to 15 or 20 campuses and then it became a part of AEPi programs on hundreds of campuses. I’m really proud of that and it shows the power of the fraternity and the network we have. To have the ability to put that in place so broadly, that is underappreciated. We can tap into that power and that reach on campus even more.”

“I lost track of that network while I was living abroad for seven years but, now that things have settled down a little bit (Brother Borenstein now has two young children at home), when I was asked to serve on the AEPi Foundation’s Board of Directors, my answer was immediately ‘yes.’ I wish I had more time to do more for AEPi.” 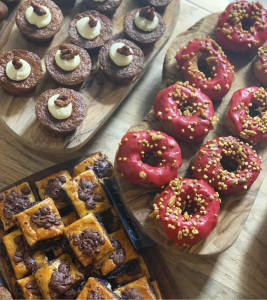 Photo of product from Modern Bread and Bagels

So, how does success happen by accident? First, the hard work. And, then, “One day, we started getting calls and orders and someone called us and told us that Jessica Seinfeld – Jerry Seinfeld’s wife – had posted something on her Instagram feed about us. She put a video of her cutting our bagels and you can see Jerry in the background with a lox platter and all of the sudden, we had all of these new followers and customers. We had no idea she had even been in the store! (Note: here’s the Instagram post).”

“Coming out of Covid and seeing someone with that size following generating publicity for us – without us even asking for it – was a huge win. Definitely, one of the highlights of the journey.”