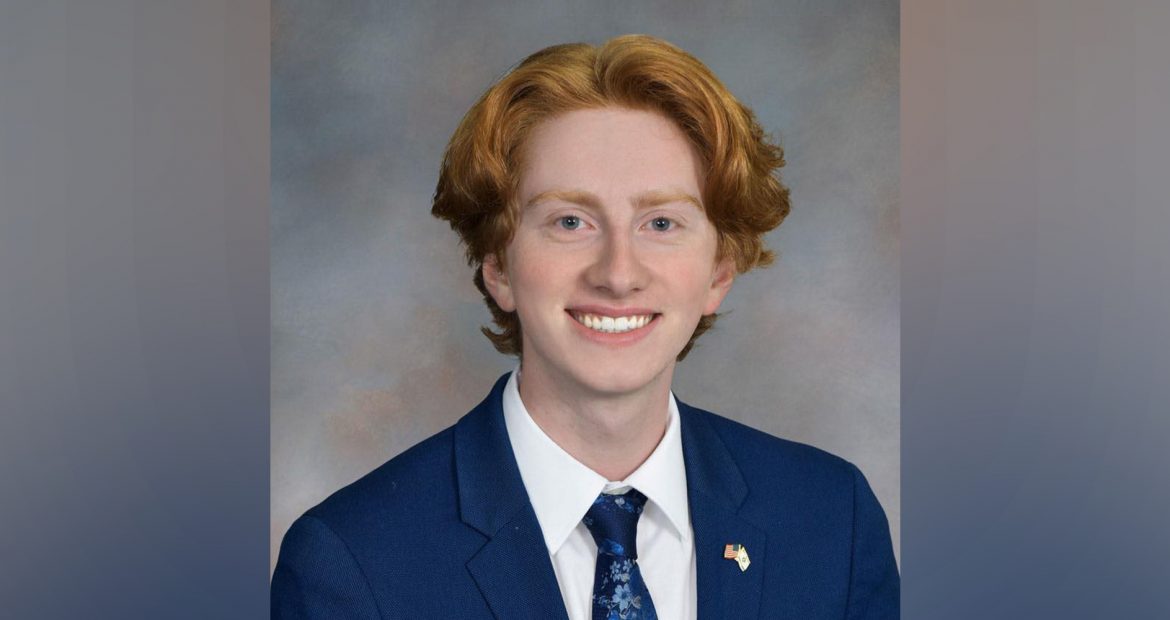 Following reports from several students of antisemetic actions and language on campus, the University of Iowa Undergraduate Student Government (USG) held a lengthy debate late last month to determine if the USG should create a “Jewish Constituency Senator” to better represent the views and voice of the Jewish population on campus. The Iowa USG has seven constituency senators who represent various identities on campus.

After three hours of debate and some very heated rhetoric, 24 senators voted yes, and 15 voted no, with one senator abstaining. The legislation required a two-thirds majority to pass, or 27 votes. 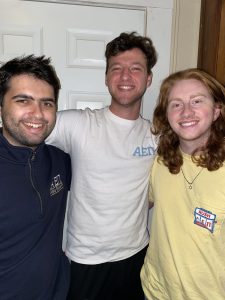 Brothers instrumental in this process, from left to right: Ethan Adato, Travis Siegel, and Caleb Marx.

That’s where the Iowa Jewish community and the Brothers of the Iota Upsilon chapter of AEPi, led — in part — by its Scribe, Caleb Marx (Iowa, 2022), got involved.

“After the vote, though, I sent out a huge message to the chapter saying that this is the deal, and I organized a zoom meeting with the Brothers the next day. The Brothers were obviously very passionate about it. That night, student government held a town hall meeting, and I was able to recruit about 15 of our Brothers to get on. In total, we had about 30-40 Jewish community members on this call and we ripped them, basically, to shreds!”

“A lot of the people who voted no in the original vote did so more out of ignorance than pure hatred. They didn’t understand a lot of the things that were said. A lot of people (at the first vote) were trying to bring up Israel and Palestine and that made no sense. We were trying to get a Jewish constituency senator. It had nothing to do with that. Others were questioning if Judaism is an ‘ethnoreligion’ and not just a religion. The whole thing got politics involved.”

After Brother Marx sent out the video of the first meeting to Brothers with time stamped notations where misstatements had been made, AEPi Brothers were able to come to the Town Hall meeting with others in the Jewish community fully armed to debate and refute these issues.

Leading the debate at the Town Hall meeting, the Brothers of Iota Upsilon, and the Jewish community (including Hillel and the local chapter of Students Supporting Israel) were able to convince the Senators to fix this wrong. “They basically found a loophole that allowed them to revote.”

“My job was to find a good definition of antisemtisim for them to consider and, after much talk and debate, they adopted a slightly modified version of the IHRA (International Holocaust Remembrance Alliance) working definition of antisemitism. I worked with a couple of the Senators to get the IHRA definition into there.”

The bill creating the Jewish constituency senator and approving the definition of antisemitism passed at the USG meeting earlier this week (April 6, 2021) with 94% of the senators approving it.

“Hillel and AEPi are so intertwined here. We all played a big role in getting this done. In the end, the Jewish community will be better represented at Iowa for years to come because of the way we came together and made a difference.”