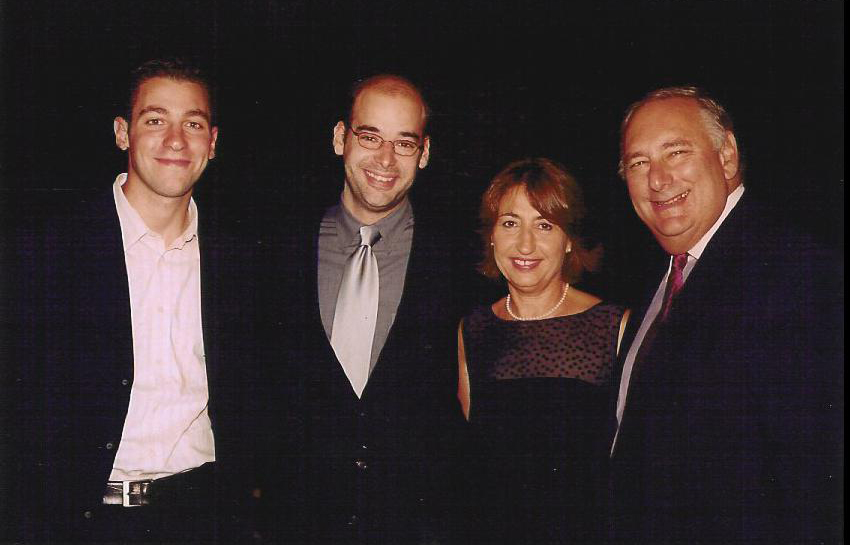 Jewish tradition teaches us that humanity must play an active role in the world. Tikkun Olam – repairing the world – is more than just donating, it’s doing. Our world depends on people being active not only in their own lives but in their community’s destiny, as well.

This tradition fits hand in glove with AEPi’s mission of developing the future leaders of the world’s Jewish communities. AEPi Brothers lead the way and this week’s Friday Piday, Brother Skip Vichness (Randolph Macon, 1969) is a perfect example.

“I grew up in Newport News, VA. It was a small town with a small horizon. My dad was an engineer for the government, but he wanted me to get a liberal arts degree at a private college,” said Brother Vichness. Through the efforts of some high school teachers, he was introduced to someone at Randolph Macon and by the following fall, he had enrolled as a freshman. 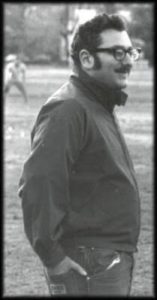 Photo of Skip in college

“I was a pretty unsophisticated kid. I only rushed AEPi and joined there. AEPi was an interesting group. We were very eclectic religiously, socially, and geographically…and I could play basketball for them! Throughout college, I was involved in lots of things like student government, but the fraternity was everything for me in terms of my social life. We had amazingly high academics. We had the highest GPA on campus for two years in a row. Half of my pledge class was in Phi Beta Kappa and half of all of the Phi Beta Kappas on campus were AEPi men.”

After graduating with a degree in history and deciding he didn’t want to be a lawyer, Brother Vichness accepted a fellowship to continue his education at Florida State University and earned a PhD there in 1976 after having the opportunity to study in both London and Lisbon.

“I could have stayed at Florida State but, at the time, the options were bad there for single Jewish men not interested in staying single.” So, Brother Vichness took a big step and became a director at two summer camps in Pennsylvania. “I found out that I was really good at this, so I stayed. Eventually, I was approached by the Ramah movement which was looking for someone to run their camp in the Berkshires. I didn’t have the best Jewish background — my parents were semi-orthodox — but I decided to give it a try.”

“When I was in college, I remember my mother would cook food for Passover and drive it up to all of the Brothers because we were close. Even the non-Jewish Brothers got to experience that. That was a part of my Jewish college experience.”

During his first summer at Ramah in the Berkshires, Brother Vichness met the woman who would become his wife. Together, they have two children.

After teaming up with a partner, Brother Vichness began buying and operating camps. After his partner passed away, he started his own company — Quality Camping Properties — and began purchasing and operating resident and day camps. His focus has been to create a positive camping community for as many as possible.

After serving a term as the chair of the Foundation for Jewish Camping, he was focusing more on building his company and, at the same time, planning for his retirement. “I wanted to play.”

“Edgar Bronfman reached out to me, he knew me from the Foundation for Jewish Camping, and asked me to get involved in the Hillel International board. There were, at the time, 92 people on that board and I thought that I was much more interested in playing golf than sitting around with 92 people. But, I was encouraged to move forward on the board. And, somehow, after a few years, I found myself as the chair of the board of Hillel International.”

Hillel International is the largest Jewish student organization in the world, building connections with emerging adults at more than 550 colleges and universities. Taking the helm at the Board in June of 2020 has meant confronting the challenges of COVID on campuses. “Meeting students and Hillel professionals is the best part of this job. It’s energizing to be with them. I feel like I’ve been robbed since COVID because I haven’t been able to visit campuses and be with students. Hillel is very student driven. The only reason we exist is the students and to meet their needs.”

“When I visit campuses, I don’t get to the AEPi chapters as much as I want – I’m a little old for that lifestyle – but I would love to meet Brothers. Before my term ends in June of 2022, I hope I get a chance to get on campus and meet more students!”