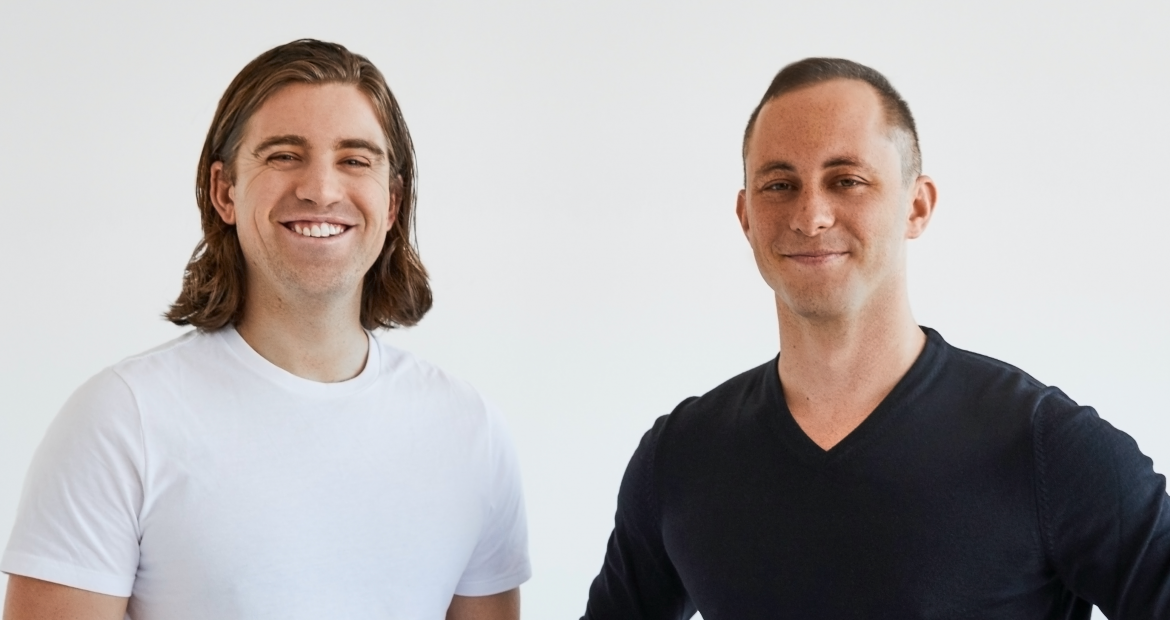 After graduating from Princeton with degrees in national security and military policy, Brother Blashek (pictured above, right) attended Marine officer candidate school and eventually served five years defending the United States, including a tour of duty as an advisor to the Afghan army.

Upon leaving the Corps and returning to the U.S., he began law school at Yale Law School. While there, he met Chris Haugh and the two became fast friends despite their very different upbringings and opposite political beliefs.

And, the journey began…

“I had a summer job in LA in 2016 and Chris and I decided to drive from New Haven to California. It was right before the 2016 election and every conversation we had circled back to politics. We were having trouble having normal conversations so we hoped that the road would help us to have those conversation,” said Brother Blashek.

“A few months later, we knew we had to get back on the road and continue the conversation. We stumbled on a Trump rally in Phoenix that had everything: supporters, protesters, veterans’ groups, former undocumented aliens. Our conversations took off. We decided we wanted to do more of these road trips around America, continue our conversation and turn it into a book.”

AEPi was a formative experience for Brother Blashek. “I grew up in Los Angeles and was around Jewish kids a lot. My high school was probably 50% Jewish…there was a Bar Mitzvah every weekend! Princeton is a different culture, with that east coast, ivy league vibe,” recalled Brother Blashek. “After I was there for a week or two, some of the older Brothers reached out to me and I felt an immediate connection.”

By his Junior year, Brother Blashek was the chapter master.

“AEPi was very formative for me in terms of leadership. I learned how to get buy-in from a group that was so smart and passionate. It was a hard thing to lead a group like that, but it served me very well when I joined the Marines.”

“When I was chapter master, I met Past Supreme Master Elan Carr (UC Berkeley, 1990). I had an immediate connection with him. He became an incredible mentor and friend for me. He’s now one of my best friends in the world. I’m eternally grateful to AEPi for that friendship.”

The road trips – and the conversations between Chris and Jordan – eventually became a book. “We went on six total road trips, totaling more than 20,000 miles. We visited 44 states and kept our conversation going through the late spring in 2019.”

“We assumed that 2020 was going to be a very divisive year with the election campaign and Chris and I had a great plan to hit the road again and speak about our book and the importance of finding common ground. Obviously, our plans have changed a great deal. When the George Floyd murder became public, we knew that our book was still relevant.”

Quoting from Amazon’s description of the book:

“‘Union’ is a road narrative, a civics lesson, and an unforgettable window into one epic friendship. We ride along with Jordan and Chris for the whole journey, listening in on front-seat arguments and their conversations with Americans from coast to coast. We also peer outside the car to understand America’s hot-button topics, including immigration, mass incarceration, and the military-civilian divide.

And by the time Jordan and Chris kill the engine for the last time, they answer one of the most pressing questions of our time: How far apart are we really?”