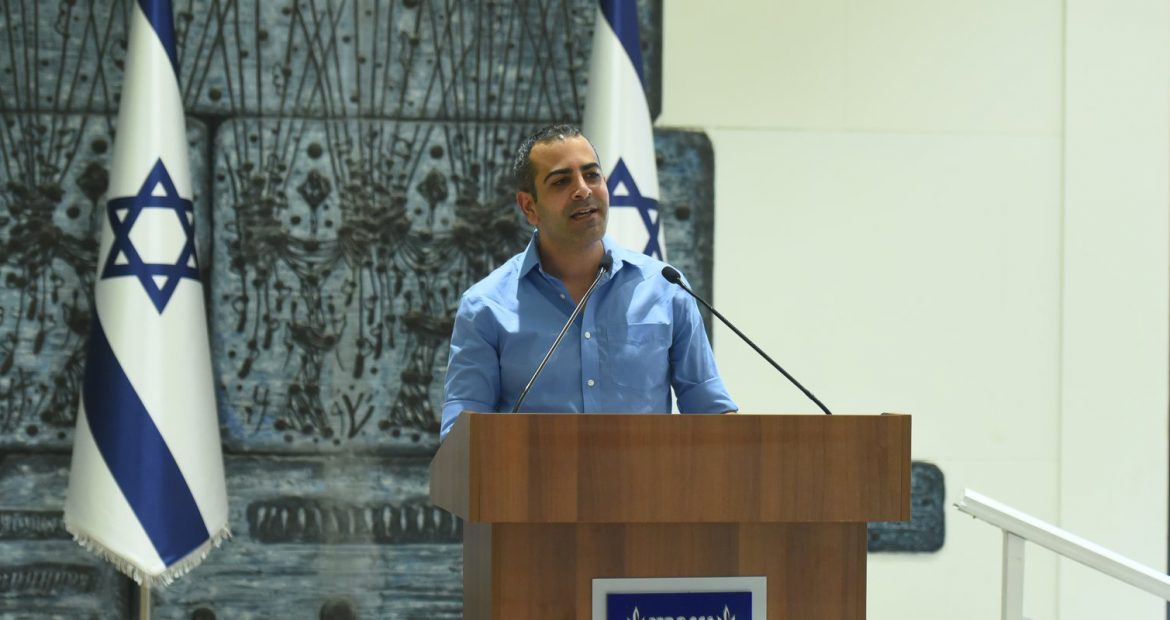 It’s no secret that Israel has become the Silicon Valley of the Middle East. Tech startups are booming in the country and Brother Gil Shourka (HebrewU, 2011) has found himself right in the middle of it all. Brother Shourka is the managing director of BizLabs, a “Technology Scalerator” for advanced stage Haredi (ultra-orthodox) founders’ startup companies. This program takes on six to seven startups in a cycle and, for five months, exposes them to multinational corporations, workshops, mentors and an investor forum. Its end goal is to help scale these Haredi startups for zero-equity taken.

“We did the research and found that Jewish startups that have Haredi team members usually close much faster than others. Our decision to only help startups with at least one Haredi founder makes us unique.”

The investor forum tends to be critical to these businesses. “We allow them to meet with potential investors every few weeks so that they can find funding for their product. This is where they make many connections and how their business develops.” Since earning his MBA in finance and banking in 2013, Brother Shourka has had an interest in venture capitalism. He wanted to start a company of his own because he preferred to be his own boss and advance his career, as well as gain management experience. “After my first startup in the crowdsourcing domain, I became a country manager in Israel for the Global Entrepreneurship Network (GEN). They help people in 170 countries start and scale a business. For two years, I was helping Ethiopians, Arabs and others make their product a reality. This is why I love helping Haredi founders with their companies now. I want to help the ultra-orthodox with their businesses so that we can bring more of them into the startup realm.”

After GEN, he worked for Incubit Technology Ventures and CommAgain before managing BizLabs. Bizlabs is currently working with 14 companies in a wide range of verticals including CleanTech, 3D, EdTech, AgriTech, Cyber and Healthcare. In 2015, Brother Shourka was recognized as a top twenty high-tech Israeli influence leader of the year. “I credit AEPi for preparing me for the world. Its model is developing leadership for the Jewish community and gave me the tools I needed to succeed. I ran my chapter for two years, went and learned from Brothers at Convention and even had a chance to attend AEPi’s Hineni Conference, which is part of their Summer Leadership Series. These opportunities are what gave me the power to do what I am today. As a student, you don’t always think about taking on leadership opportunities. You think about the money. AEPi challenged me to not only think about being a leader but becoming a good one.”

“I remember in 2011 at Convention, I was the master who attended for Hebrew University. The Fraternity already had a chapter at IDC, but it was the first time the Jerusalem chapter had attended. Every Brother I met was excited for me. The Brotherhood and network are two of my favorite things. You just say you’re an AEPi to another Brother and there’s an instant connection.”

While there’s no question COVID-19 is going to have negative effects on the startup sector, Brother Shourka encourages looking at the bigger picture. “The negative effects really depend on the sector. For example, healthcare is booming right now. Realistically, COVID-19 is going to help startups two to three years from now. It’s forced people to go digital. You can do a lot from your computer, and people are now starting to see that. However, we can’t deny that this global slowdown will negatively affect our industry now. Big companies will be okay in the long run, but smaller seed stage companies need more cash flow in order to survive. They’re burning through cash right now and need investors, but Angels aren’t really investing in them at the moment because they’re high risk.”

“I encourage all AEPis that want to know more about the Israeli tech ecosystem to reach out to me. The Israeli startup sector is a lot different than the U.S. In the States, you have major hubs for business like Chicago or New York. In Israel, everyone knows each other. There’s so much to explore with startups and tech in Israel, so if you’re making Aliyah or looking for a job in tech I would love to talk to you and help you.”