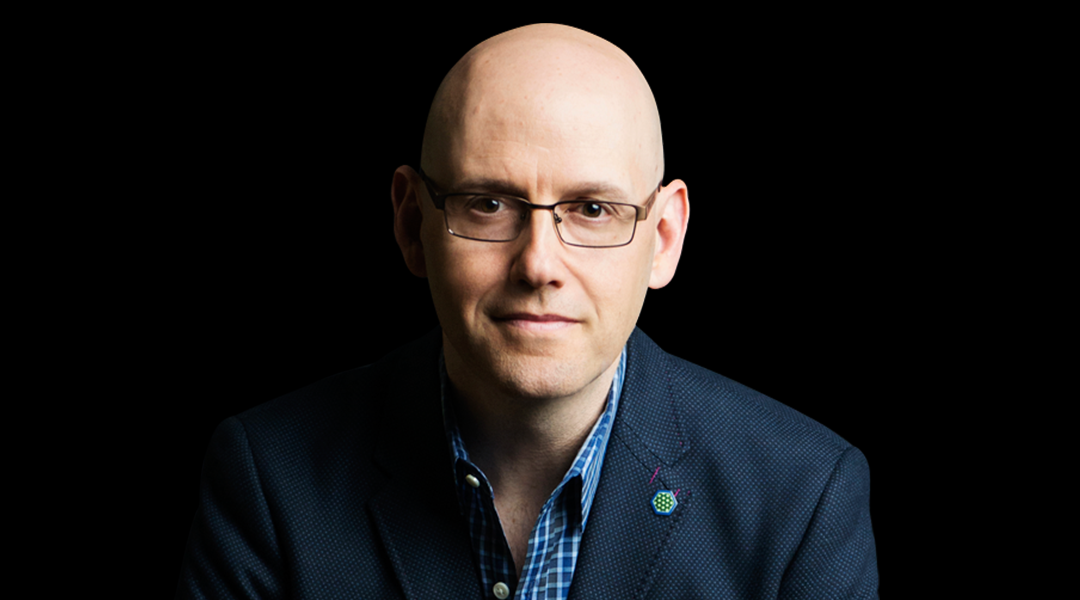 Brother Brad Meltzer’s (Michigan, 1992) biography reads like the background of one of the characters from his bestselling novels: both his fiction and non-fiction books have made the New York Times Bestsellers List (his most recent thriller, The Escape Artist even debuted at #1); he’s won worldwide acclaim for his children’s books; his comic book, Justice League of America, has won the prestigious Eisner Award; his new cartoon TV show based on his children’s books will debut on PBS on November 11; he hosts TV shows on H2 and the History Channel; and, he’s also responsible for helping to find the missing 9/11 flag that firefighters raised at Ground Zero.

But, it all started in Alpha Epsilon Pi.

“AEPi is the reason I’m a writer,” said Brother Meltzer. “My first book was about being in a fraternity…it got me 24 rejection letter and there were only 20 publishers. It still sits on my bookshelf but no one else has ever – or will ever — see it. But, I learned to write from that book and a lot of my stories began in the fraternity. If you think about it, I write a lot about secret societies and things like that and the one I know best it AEPi.”

A native of Brooklyn and Miami, Brad was the first in his family to attend a four year college. “I got to the University of Michigan and didn’t know many – if any – people. I looked at joining the Jewish fraternities and once I got to AEPi, I knew I was in the right place. All of these years later, my closest friends are still my old fraternity Brothers. My closest friends in college were in that house. My college experience was my AEPi experience.”

The Omega Deuteron chapter had a remarkable group of creative Brothers in the chapter at the time. Brother Judd Winnick, a one-time cast member on MTV’s The Real World and an accomplished author himself, was one of Brad’s closest friends but they were joined by Brothers Randy and Jason Sklar (The comedy team, the Sklar Brothers), Scott Rosenbaum and many others.

After graduating from Michigan, he attended Columbia Law School and then decided to take a chance, moving to Boston with Judd Winnick and another Brother and learning to become a writer. “I went to law school because I was afraid. Money was a real struggle in my house and I didn’t want to worry about it anymore but I eventually followed my heart.”

The Tenth Justice was his first published work and became an instant New York Times bestseller. Dead Even followed a year later and also hit the New York Times bestseller list, as have all eight of his novels. The First Counsel came next, which was about a White House lawyer dating the President’s daughter, then The Millionaires, which was about two brothers who steal money and go on the run. The Zero Game is about two Congressional staffers who are – literally – gambling on Congress. The Book of Fate, is about a young presidential aide, a crazed assassin, and the 200 year-old code created by Thomas Jefferson that ties them together. For authenticity, The Book of Fate, was researched with the help of former Presidents Clinton and Bush. The Book of Lies, is about the missing murder weapon that Cain used to kill Abel, as well as the unsolved murder of Superman creator Jerry Siegel’s father. Brad is one of the only people to interview Jerry Siegel’s family about the murder and, with his charitable site www.OrdinaryPeopleChangeTheWorld.com, has been the driving force behind the movement to repair the house where Superman was created.

His book The Inner Circle (and its sequels, The Fifth Assassin and The President’s Shadow) is based the idea that George Washington’s personal spy ring still exists today. A young archivist in the National Archives finds out the spy ring is still around. He doesn’t know who they work for — but the greatest secret of the Presidency is about to be revealed. While researching the book, former President George HW Bush also gave Brad, for the very first time, the secret letter he left for Bill Clinton in the Oval Office desk.

“I have a little secret. There’s an AEPi presence in every one of my books. In each of my thrillers, you’ll find an Omega Deuteron AEPi character. It might be someone’s name or something more obscure but if you were in AEPi and especially Omega Deuteron, you’ll find it.”

“AEPi was such a pivotal experience for me that it’s hard for me to explain. I can still recite the cofa from memory,” said Brother Meltzer. “If I’m on an elevator and I see a kid with an AEPi t-shirt, I’ll tell him that I’ll race you on the Immortal Eleven. I usually win.”

« Voices: How Sukkot Changed My Life
Voices: One Year After Tree of Life »