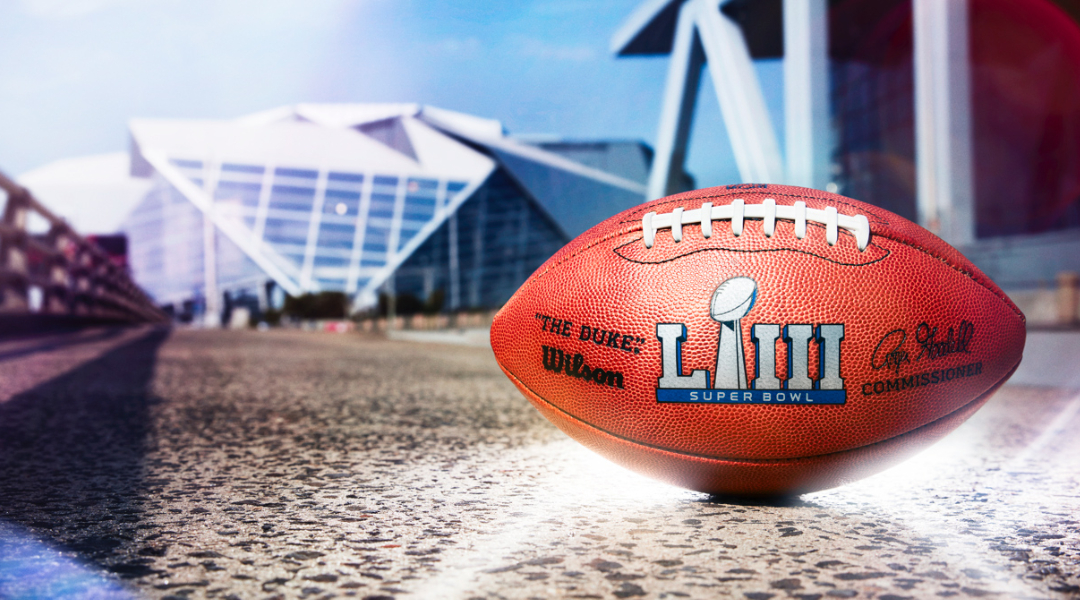 On Sunday, millions will gather in front of their televisions to watch the game of all games, Super Bowl LIII. While some of us watch for the commercials, halftime show, puppy bowl post-game show and other such nonsense, Brother Zach Shafron (Kent State, 2019) tunes in solely for the passion of football. Brother Shafron runs Cleveland Sports Talk (CST), one of the most followed and well-known sources for Cleveland sports updates in the state of Ohio. Even though the Cleveland Browns will not be in this year’s Super Bowl, CST was invited to come down to Atlanta for Super Bowl Week. Two of his associates were granted press passes, enabling them to sit in on interviews with some of football’s best.

“Super Bowl Week is one of the biggest media events of the year, and the biggest in football. I feel like having these press passes truly legitimizes our publication and it’s a thrill to have CST down in Atlanta this week.”

In a recent podcast recording, Brother Shafron describes his conflicting feeling about missing out on the opportunity to represent CST during Super Bowl Week due to an ongoing battle with Lyme disease. “I’m not able to go to Atlanta, so I have to watch as others experience what would have been mine. I know both of my associates going in my place are great and will take advantage of the opportunity. When I was doing poorly [because of his health], I relied on Cleveland Sports Talk to keep me going. I never thought we’d get press passes to a big sporting event, let alone Super Bowl Week. If you work hard enough and truly put all of your effort into it, you might find success.”

While he oversees CST’s operation in Atlanta from home this week, his associates, Nicholas Pedone and Brother Will Collins (Kent State, 2014), will be on the ground covering the festivities leading up to Sunday. “It’s their job to interview as many people as they can and help paint the scenery of the Super Bowl for us. They’ll be in press conferences and are able to ask questions.”

Brother Shafron is thankful for AEPi connections like that with Brother Collins. “A lot of the Brothers follow CST for updates and Will was one that reached out to me to write. I love that he’s representing my brand in Atlanta because he was a great mentor to me at Kent State.” Two other writers for CST are also Phi Deuteron Brothers. “Not only are the AEPi guys supportive of my work, but they admire it. After being ridiculed and called a joke in high school, it was nice finding a group of guys who appreciated what I was doing.” One of the most valuable lessons he learned in AEPi was how to manage different kinds of people because not everyone comes from the same background and will agree with you on everything. “I think this is really applicable to CST because I have writers coming from all over Ohio with different ideas. I can’t have an attitude that it’s my ‘way or no way’, no one would write for me.”

Cleveland Sports Talk focuses on updating follower on games and news related to Cleveland through social media, podcasts and blog posts. “I like that I’m in charge of contributing something to the Cleveland sports fan base. CST is built by fans and I like when people write opinion articles for us.” CST is staffed by volunteers. Brother Shafron currently has three content managers, one for each of the three major sports teams, and 30 writers.

At a young age, Brother Shafron took a great interest in Cleveland sports. In high school, he posted status updates on his Facebook page about topics relating to the Cavaliers, Browns and Indians. “People would poke fun and tease me for being obsessed with doing this. So as a joke, I created Cleveland Sports Talk.” That page has now expanded to other major forms of social media and has its own website, garnering one million views since it’s creation and more than two hundred thousand followers on Twitter. What had started as a small following of friends from his hometown and BBYO has blossomed. “I didn’t create CST with the intention of it becoming a huge sports empire in Ohio that would be going to Super Bowl Week and seeing so much success. It’s great to see its progression over the years.”

“If I had listened to the people that teased me and made fun of me growing up, then none of this success with CST would have happened. Success is not an overnight thing to find, it takes a lot of time. I kept grinding and never stopped working.”

Brother Shafron has the Patriots winning 31-17 on Sunday. Who do you think will take home the Lombardi trophy?