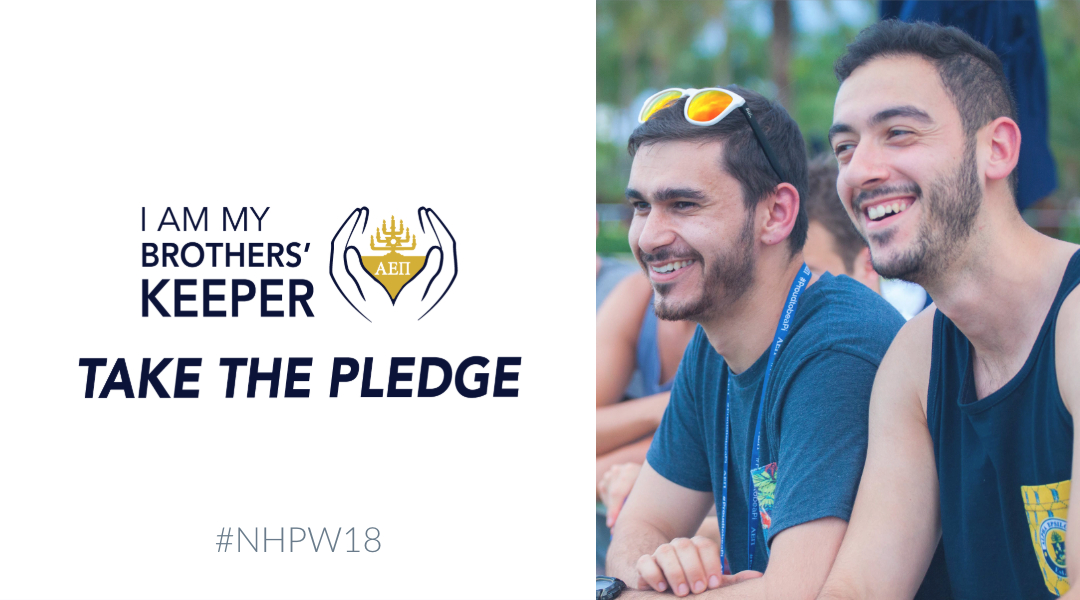 Believe it or not, one day you’ll probably be a Dad. Mazel Tov! Fast forward, your son is finally entering college and ready to take on all campus has to offer. Get this: he is interested in AEPi.

You’ve been talking about him going AEPi for years … what a win that would be that he made that decision all on his own.

A month later, however, he comes home for Fall Break with some bad news. He quit after having to wake up at 3 AM for the third time this week. The brothers claimed it was all for a purpose, but after realizing he didn’t want to join the army, just a supportive brotherhood (or at least that was what he was sold), it was time to part ways.

Does that sound familiar? Why are fraternities still wasting critical learning time to belittle potential new members, even with all that has happened the past few years with heartbreaking campus tragedies all over the Greek community?

The point of the pledge process (in any organization, but especially in the Greek system) is to educate new members so they become great brothers, not great pledges. So they may be enabled to become leaders, not followers. And so they may take part in being positive role models for future generations, not to take part in making it just as miserable as it was for them.

Far too often, new members are conditioned to be good pledges, frequently proving that as soon as they become a brother they will have many fewer duties and responsibilities because they aren’t pledging anymore.

That’s not how it should work, though. The more experience you get, the more responsibilities you have and the bigger impact you have on those younger than you.

“Will our pledges be ready to lead their peers?”

Ask yourself this question: will your new member class be prepared to take on all of the executive board roles after pledging? Will our pledges be ready to lead their peers? That is the goal of the pledge process. We can either create an environment where, come initiation day, you have a new class of highly motivated, productive, happy brothers, or you can have an environment where they believe all of their duties will fall onto the next class below them and that they have no responsibility at all.

“I am my brother’s keeper.”

Look out for the younger men in your chapter. We want them to be successful, upstanding, productive members of our fraternity and of our community. If I was a dad, I would never treat my child the way we see some chapters of fraternities in the news treat their potential new members and assume they are going to learn or want to bond with brothers when it’s all over. That’s crazy, and we all know it. Of course, there are times when I would challenge pledges, and I mean really challenge them to think harder, to work smarter and to learn new things. The process should be an enjoyable experience. We must continue to foster AEPi’s core values: Faith, Humility, Perseverance, Mutual Helpfulness and Honesty. But again, it doesn’t end there. AS BROTHERS, we must also embody those values.

If you ever have questions about what is acceptable, think about how it would be perceived if a parent or a reporter was in the room. If they would respond negatively, you probably shouldn’t do that. Know that Your ELC (or I) would love nothing more than to help you find a pledge program that works for your chapter. We also have a staff-built pledge program that we’d be happy to share if you want to start fresh. It’s a great combination of challenging but extremely valuable and safe practices.

AEPi is renewing our pledge to be our brothers’ keepers. Take the pledge and sign your name! 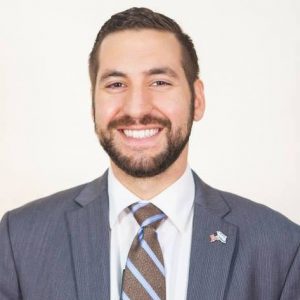 Kyle Whitlock serves as Alpha Epsilon Pi’s Director of Growth and Development. He was born and raised in Toms River, New Jersey, where he resides today, working on long term projects for the fraternity.

A graduate of The College of New Jersey with a B.A. in History and a certificate in Secondary Education, Kyle is a member of Phi Alpha Theta, the History Honors Society, and served his term as Master, holding a conclave on campus in the Spring of 2014.

Starting in Fall 2014, Kyle’s first role with the fraternity headquarters was as an Educational Leadership Consultant in the Southeast region until 2016. This ranged from Washington D.C. to Miami and included expansion at another seven campuses across the US. Afterward, Kyle served two years as Director of Colony Development where he visited colonies around the globe to provide them with foundational education and to be a source of positive reinforcement during the difficult Founding Father processes.

When he is not focusing on AEPi, Kyle places an emphasis on physical and mental well-being, whether that means reading a good book, cooking up a new and inspiring dish in the kitchen, or running another half-marathon. He is currently working on a plan with other TCNJ alumni to support the chapter with a long-lasting scholarship fund for leadership and educational purposes for all its future members.

« “We have to be a campus of love”: Towson AEPi Hosts Rally to Combat Hate
FridayPiday: Illya Nuzbrokh (St. Andrews, 2020) »