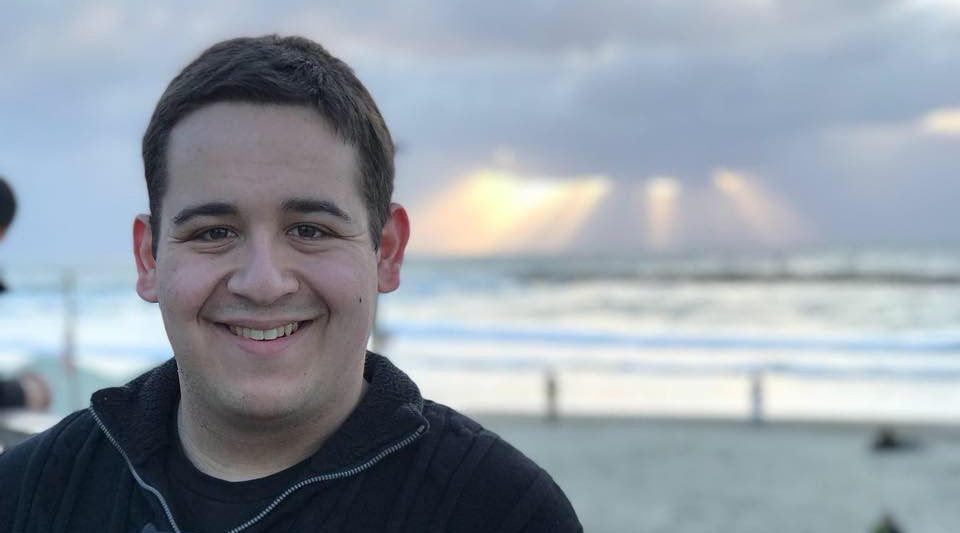 As a young Jewish leader with a strong identity and love for Israel, Brother Jay Sirot (Cornell, 2019) was ready to build up his advocacy efforts in college. He immediately joined AEPi, which gave him the necessary materials and networking needed to succeed as a Jewish leader of tomorrow. He attended various conferences throughout his college career but found the Summer Leadership Series conferences to be the most advantageous to his advancement. At the Hineni Jewish Identity Enrichment Conference in 2016, Brother Sirot learned what it meant to lead in a pragmatic way that would instill change.

“Brothers should apply because they’re given an intimate setting where they can meet some of the most involved brothers from around the globe. You learn from some of the best speakers and can bring back immense knowledge to your campus. The Hineni Conference propelled me to do better things for my chapter and improved my Israel and Jewish advocacy.”

The Hineni Jewish Identity Enrichment Conference is one of three annual leadership tracks offered at AEPi International Convention. Undergraduate brothers learn to reflect on their Jewish identity and discover ways to strengthen the Jewish identity of their chapter. “We definitely learn the importance of our identity, being proud of it and improving the Jewish future. It’s interesting hearing other people’s stories and backgrounds and realizing these students are truly the leaders of the Jewish community tomorrow.” For him, the Hineni track was a great introduction on how to address tough questions and topics facing our community, with brothers playing an integral part in brainstorming ways to address such issues. “Convention in general is just a fun place to be. It’s such a different atmosphere from regional conclave. It was enlightening meeting more than several hundred brothers who face a lot of the same chapter and campus issues that I do! We can utilize each other’s mindset to deal with the issues and accomplish great things.”

AEPi’s 104th International Convention holds a special place in Brother Sirot’s heart. After transferring as a brother from Michigan State to Cornell, he was excited to meet brothers of Beta chapter. “I bonded with them right away and they welcomed me in.” He moved up in chapter leadership and recently finished his term as master. He currently sits on the national council for AIPAC, serving as one of six student leaders. He also interns for Hillel on campus. “Even at AIPAC, I find myself relying on and talking to people that are AEPi brothers. The fraternity has enhanced my experience in ways I could have never imagined. Because of AEPi, I was given the ability to work with others who think like me, care about their Jewish identity and value the importance of a strong Jewish collective. No one else gave that to me except for AEPi.”

Brother Sirot doesn’t understand why a brother wouldn’t want to attend a Summer Leadership Series conference or Convention in general. “There’s no other opportunity to learn from leaders like this. Whether you just want to have fun or learn something, you have a lot of choice in what to do.” His favorite thing about Convention is the philanthropy lunch and seeing the amazing things we do for the Jewish community. “I’m glad I was pushed to apply for Hineni. I had already planned on going to convention, but this was just an added bonus.” While attending #AEPiVegas last year, he won the Rampant Lion award for his dedication to Israel advocacy and fighting anti-Semitism. “I care a lot about AEPi as well as pro-Israel and Jewish community activism. Receiving an award that ties all three aspects together was a great feeling.”

Once he graduates, he’d like to spend two years making a difference in politics before going to graduate school for either law or finance. Until then, he continues to advocate on Capitol Hill and his campus. “Advocating for issues you care about and having detailed conversations on these topics can be tough, but talking to members of Congress and others is critical if we want to propel change.” He also knows that members of Greek life can play a major part in these effort. “I know that if we want to solve these issues we face, we need leaders on campus to help us in our advocacy. It’s no secret that students with the highest impact are Greek a majority of the time. We must confront the issues we face, have accountability and work to improve the community for the better!”

“When I look at problems facing the Greek, Jewish and pro-Israel communities I genuinely believe that some of the foremost leadership in solving these issues are AEPi brothers. Having the opportunity to learn, network and meet with individuals who have done incredible things with their lives and have been involved with AEPi for decades is an invaluable opportunity that you’d be a fool to give up on.”

Learn more about #AEPi105 Convention and apply for a Summer Leadership Series conference before it’s too late! Encourage brothers to apply and become the leaders you want to see in the chapter.