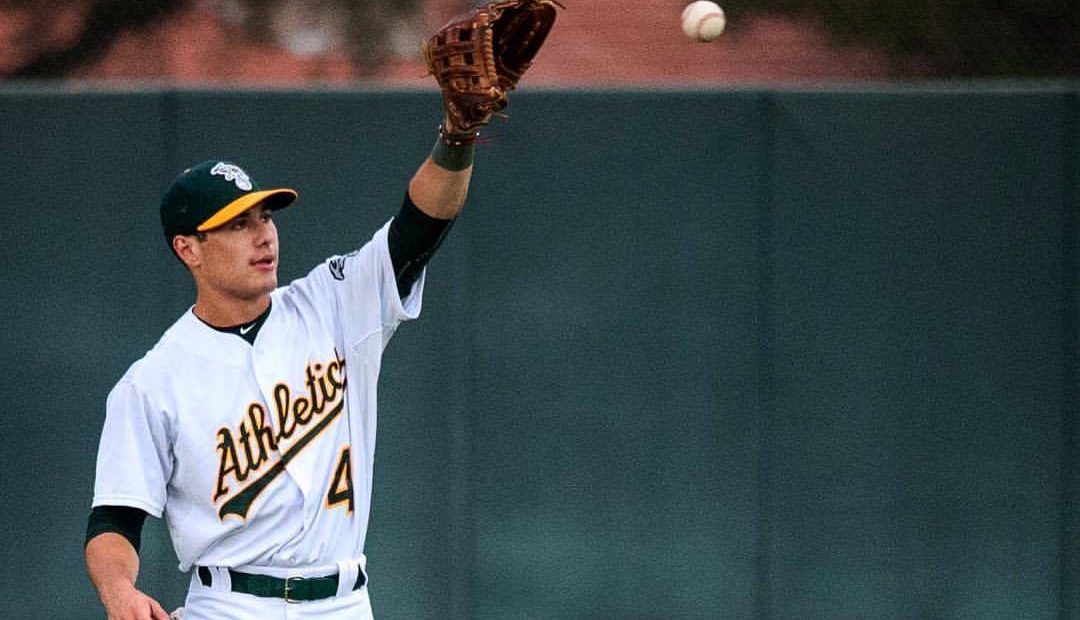 America’s pastime: baseball. There’s nothing quite like heading to the ball park on a cool summer night to watch your favorite team. You hear the crack of the bat and stare in wonder at the players who become your idol as a child. You feed off the cheers of the crowd, sitting on the edge of your seat until that last strike is called and you shuffle home to do it again another day. Whether it’s eating a ballpark classic, singing take me out to the ball game or trying to catch that home run, we can all somehow remember our first and favorite experiences with the sport.

For Brother Adrian Spitz (NYU, 2017). playing for a major-league team is more than the dream he’s had since his father first got him involved in little league. As a player in the Oakland A’s system, it’s now his reality.

Growing up, he never had a favorite baseball player. He was always a fan of the style in which some players play. “I like the players that are not the biggest on the field, but hustle more than your traditional baseball player, like Eric Byrnes and Brett Gardner.” Whether it was infield or outfield, you could always count on Brother Spitz to play every position. It wasn’t until his junior year of high school that he found his niche in the outfield.

Things slowly started to fall into place for Brother Spitz. He attended NYU because it offered both a solid academic program and challenging athletics program. While studying in NYU’s School of Professional Studies, he played for the NYU Violets varsity team. “The most rewarding part of playing on NYU’s team was being able to suit up with the best teammates I could ask for. The NYU baseball program will always be family to me.” There, he would flourish as a player and finish his final season posting the program’s highest career batting average (.373) as well as ranking second all-time in hits (131), RBIs (88) and stolen bases (49).

With his busy schedule, it was hard to get involved in Jewish life at NYU but he was proud to be a member of Alpha chapter. “AEPi was a defining experience in my college career. I met a lot of amazing people, many of whom will be friends for life. One thing I had never realized before joining was how close the Jewish community is, and just how lucky I am to be a part of that community.” Brother Spitz graduated earlier this year with his bachelor’s degree in sports management.

Shortly after graduation, he received the phone call of his dreams. The Oakland Athletics signed him as a free agent on Wednesday, June 21. “Being signed to the Oakland A’s was one of the happiest moments of my life. Having the privilege to play professional baseball is truly a blessing. I’m very honored to be part of such a great organization.”

Now that baseball’s regular season has ended, Brother Spitz has one goal in mind: to work harder, get stronger and be a better player all around. “It’s the same goal every year. Playing professionally is a dream come true, but the work has just begun. I always make sure I’m the hardest worker in anything I do. No excuses.”