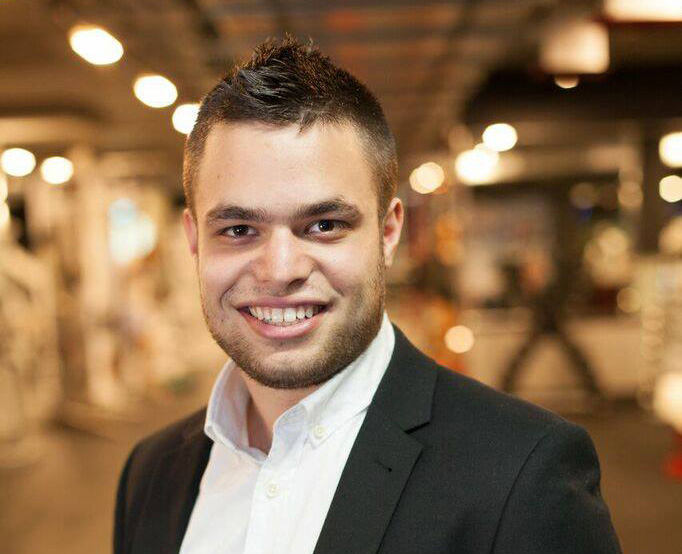 The sun never sets on AEPi and no brother understands this better than Brother Jarron Aizen.

“I’ve embodied that phrase while starting a business with a brother from Nottingham and being a part of colonies in three different countries! Only AEPi takes friendship and brotherhood far beyond university and around the world.”

At last year’s International Convention in Fort Lauderdale, Brother Aizen collaborated with Brother Josh Pelled (Nottingham, 2017) to create a networking app called Connectly. The idea was simple: allow others to exchange social accounts and contact information while networking without detracting from face-to-face interaction. Together, the pair developed a program that shares social information from platforms like LinkedIn through the user’s cell phone if both parties have the app downloaded.

“This idea came out of an international partnership between brothers at a convention which further proves the notion that AEPi brothers are genuinely interested in helping their brothers meet their milestones whatever they may be.”

This is only one of the many projects in which Brother Aizen is working. In 2014, he developed an online fitness business management platform, One Fit Stop, that aims to help personal trainers, fitness studios and gyms manage their clients and members.

“Personal trainers find it hard to manage their clients, fill up their schedules and get clients through the door. Many leave the industry within the first 12 months because of this. We set out to solve their problems by giving them the technology tools necessary to manage their business successfully.”

Crediting his success to AEPi, he says,

“I never thought I would join an organization like this because it didn’t exist in Australia. I’ve met more people in the last year because of AEPi than I did in the first four years of my degree.”

While on exchange in 2014, Brother Aizen rushed at Nottingham in the U.K. On his second exchange to the U.S., he was a re-founding father at Arizona State University. It was no surprise that he would immediately jump on the idea of expansion to Sydney.

“Jewish life isn’t readily available in Australia and can be limiting after high school. I was looking for a way to nurture my connection to Judaism and AEPi was the answer.”

Being a founding father in a foreign country can be so much more difficult than the U.S.

“You face a lot of challenges when trying to build a foundation for fraternity life in a country that has no idea what it entails except for what’s in the media.” When recruiting, Brother Aizen first tackled education on Greek life and then worked to show the bonds that are formed in such a short period of time. “Whether it’s cleaning a house on Pesach for charity, doing a fundraiser or attending a chapter meeting, we worked to show potential new members that there are so many touch points and ways to stay connected.”

His efforts as a founding father have helped the colony grow to 35 brothers with an expansion in Melbourne.

“The passion you have for the fraternity outweighs anything else. Being a founding father can be rough because you may not necessarily see the fruit generated from your contributions. Pushing forward is important because you aren’t in it for yourself, you’re in it to invest in the future.”