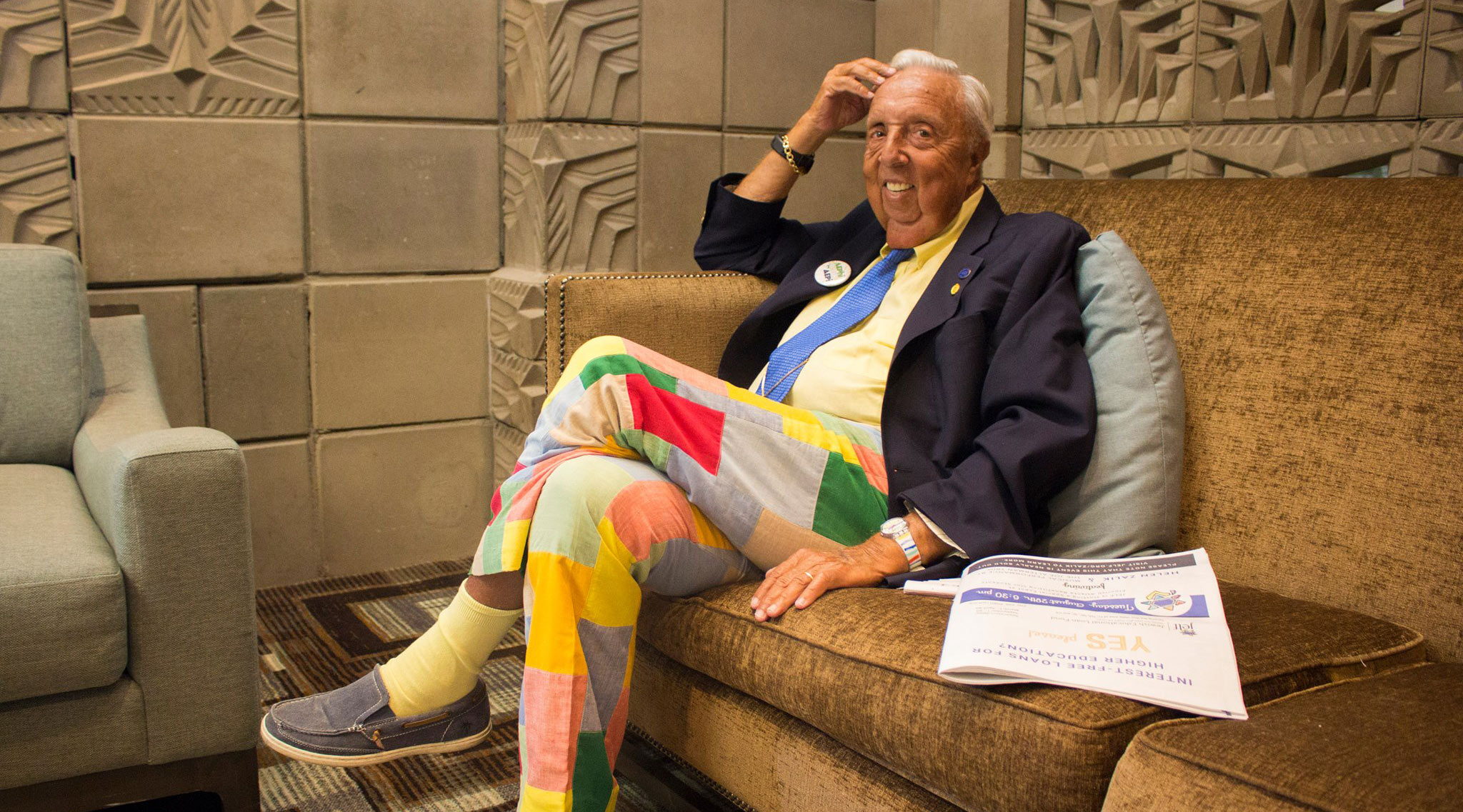 “IF THIS IS YOUR FIRST CONVENTION, PLEASE SIT DOWN.”

AEPi’s CEO Jim Fleischer watches from the podium as a quarter of the room take their seats. The tradition that is the last man standing begins.

Nearly 400 Jewish college students fill the hotel ballroom during opening session of AEPi’s 105th International Convention. Undergraduates – some first-time attendees and some enjoying their second or third year at convention – circle round tables accompanied by a sprinkling of 140 alumni. Jim continues. 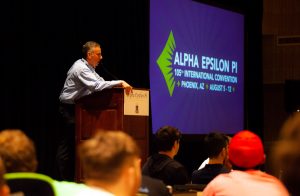 “If this is your second convention, please sit down.”

Another 30 brothers take their seats amongst applause, after which the room falls to a more concentrated silence. As Jim continues to ask from 3 conventions to 30, another 370 sit. How long could this take? 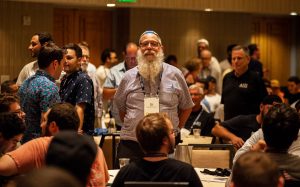 Past Supreme Master Larry Leider takes his seat, garnering more applause as the stakes for the most conventions attended are raised. Only 5 figures remain standing of the original 540. Puzzled faces reflect the thoughts of first-time attendees. Who’s been to more than 31 conventions? And what in the world is a Past Supreme Master?

Andy Borans, attending convention as something other than executive director for the first time in 14 years, receives a roar from the room as he joins them in taking his seat. He’s a living AEPi legend, having worked for the fraternity for more than 39 years, but he won’t be the last man standing; not tonight. Jim reaches further.

Past Supreme Master Richard Stein has been to 41 consecutive conventions. His commitment to AEPi is truly an outstanding display, serving on both the finance committee and in the housing core for years. But even he hasn’t been to as many conventions as Philip Cohen. 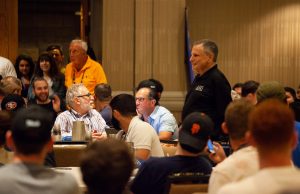 Only the sound of air conditioning can be heard as brothers – new and tenured – quietly contemplate their time in fraternity, focusing on silhouette in the back left corner of the room.

In that corner, stands an older man with white hair, tan from years of Miami condo living. He dons multi-color plaid shorts, an orange polo shirt and a colorful Swatch watch. His hands rest humbly behind his back, still focused on Jim onstage who leans over the podium, closer to the microphone, exclaiming with a wave of cadenced enthusiasm:

“If this is your 59th convention, please take your seat!”

The last man standing, Past Supreme Master Philip H. Cohen (NYU, 1957), aged 82 years young finally begins to take his seat before a short wave to a room filled with wonder and applause. 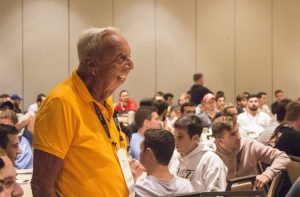 Convention has officially begun. The next generation of AEPi will flock to Phil over the next four days with questions about fraternity life back in the day, pivotal moments in AEPi’s history and funny stories from his time at NYU.

At 1 AM the next morning, Phil explains – to a group who approached him in the lobby lounge – how, back in the 70’s, AEPi went through an identity crisis that would shape the fraternity into what it is today. The story about how he and others called to keep the morals and traditions that differentiated his organization from all others alive, to double down on its identity rather than cater to the demands of a weakened greek system in the wake of war. It may be his greatest motivation, meeting his exceeded expectations face to face, witnessing roomfuls of young Jewish men who will go on to be leaders in their communities. It’s interactions like these that bridge the age gap between undergraduates and alumni, in a way only to be seen at an AEPi convention. 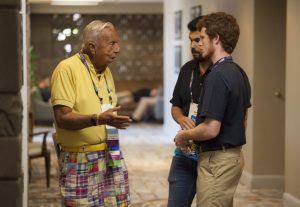 Whether he’s jogging in the morning before programming, schmoozing and shaking hands by registration or working on that legendary tan by the pool, Phil has time for everyone. Brothers love to ask about his relationship to Charles C. Moskowitz, one of AEPi’s founding fathers, and Phil loves to tell them the stories that go along with it (be sure ask him about AEPi brothers Simon and Garfunkel). It’s his brothers, no matter their age, that have kept him going strong for all these years.

“I want to come to convention for as long as I’m physically able. It’s a wonderful legacy to watch, grow and be a part of.” -Phil Cohen (NYU, 1957)