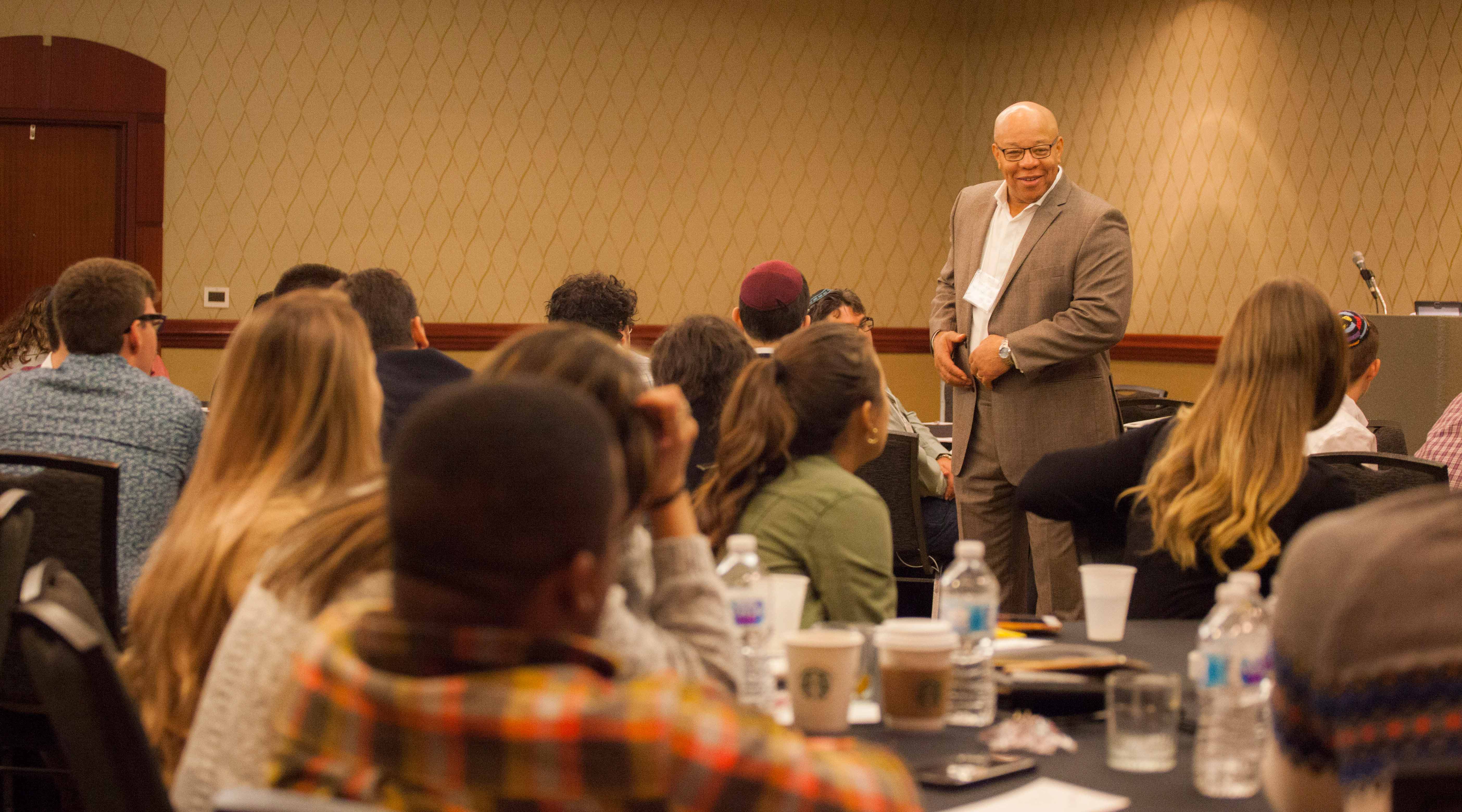 In the movie, The Hate U Give, one of the characters asks, “What’s the point of having a voice if you’re gonna be silent in those moments you shouldn’t be?”

With the unprecedented rise of antisemitism of on North American college campuses and in communities throughout the world, now is not the time for Alpha Epsilon Pi to be silent. Our Brothers are stepping up, speaking out and fighting back.

Last spring, three AEPi Brothers at Towson University were attacked steps from their house. Their assailants chased and beat them yelling antisemitic slurs. The Brothers of Tau Mu were shocked that something like this could happen on their campus.

“As an organization we were baffled. How could something like this happen to our own?” said Brother Solomon Solkowitz. “We then understood the position we are in now. We have a voice. We are not going to sit down and allow this to define us and in fact we are going to come back stronger because of it. During our chapter meeting the next night we decided that we wanted to put on this anti-hate rally that spans all cultures, religions, and biases.”

The Brothers of Tau Mu stepped up and organized Towson University’s first anti-hate rally for the entire community. Members of Greek life, students, faculty and others joined with Towson University president Kim Schatzel, the Simon Wiesenthal Center and the Greater Baltimore Jewish community to take a stand.

“We created this event as a way to bring our Towson community closer together and to let those that hate know we will not bow down to them. We will not allow our setbacks to define us. As Nelson Mandela once said ‘No one is born hating another person because of the color of his skin, or his background or his religion. People learn to hate, and if they can learn to hate, they can be taught to love, for love comes more naturally to the human heart than its opposite,” said Brother Solkowitz.

Tau Mu Chapter Master Josh Leckner added, “Our mission is to develop leadership for Jewish communities. This is what leadership does.”

Further South, in Boone, NC, brothers and pledges of AEPi’s Mu Theta chapter at Appalachian State, were walking through the campus’ “Free Expression Tunnel” when they found swastikas painted on the walls. “Our brothers documented it and immediately painted over it,” said chapter master Koby Ellick. “The people who did this and made that hateful imagery, all they want is a reaction and to spread negative energy and to intimidate students. We want to make this a place for everyone. We’re all Mountaineers.”

“We take our responsibility for Tikkun Olam very seriously. We knew that we needed to do something,”

The Brothers organized a campus-wide “Two Days Against Hate Rally” on campus and, working with their local Hillel and the Simon Wiesenthal Center, brought in speakers (including a former member of the KKK) to discuss hate and how to fight it.

“I think we really started to push the planning of this into high gear after we realized how much was going on around the country in regards to hate,” said Lt. Master Aaron Carpenter. “It’s not just something that’s going on in this country or on this campus, it’s something that is everywhere. We needed to do this for our community.”

The incidents at Towson and Appalachian State are not isolated. The number of reported antisemitic incidents in the United States surged 57 percent in 2017, according to an annual report by the Anti-Defamation League. A separate report found a more than 250% in specific antisemitic white supremacist incidents on college campuses.

“What our Brothers are doing on campuses today – stepping up and proudly proclaiming themselves to be Jewish and willing to stand up to hate – is nothing short of heroic,”

said AEPi’s CEO, Jim Fleischer. “We knew we had to work to give our brothers the tools they needed to fight this wave of antisemitism so we developed the Combat Hate conference with our partners at the Simon Wiesenthal Center and opened it up to members of the Greek community across North America.”

The Combat Hate conference brought together more than 50 Brothers and other fraternity and sorority members from across the country to learn tools and skills necessary to fight hate on campus. With speakers ranging from attorneys and human resources consultants to a former IDF squad commander to African-American pastors, Combat Hate worked to educate the college students about how hate groups organize and manifest themselves on college campuses and how to counteract their messages and organizing tactics. 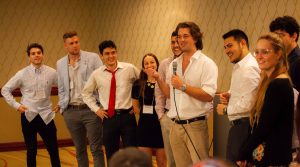 “I learned excellent ways to handle people in a variety of scenarios, from seriously angry people to those who are just curious,” said Combat Hate participant Brother Dov Kirschner (Queens College, 2019). “We saw the way that groups like Hamas and the KKK recruit through online forms and social media and we learned what to do next and how to talk through these situations.”

“Our Brothers want to do the right thing. They want to organize these kinds of responses on their campuses and they want to be able to do these things appropriately and safely. Combat Hate brought Brothers and other Greek leaders together to explore ways to fight back,” said Fleischer.

“There is hope on college campuses. There is leadership. There will be a way forward.”