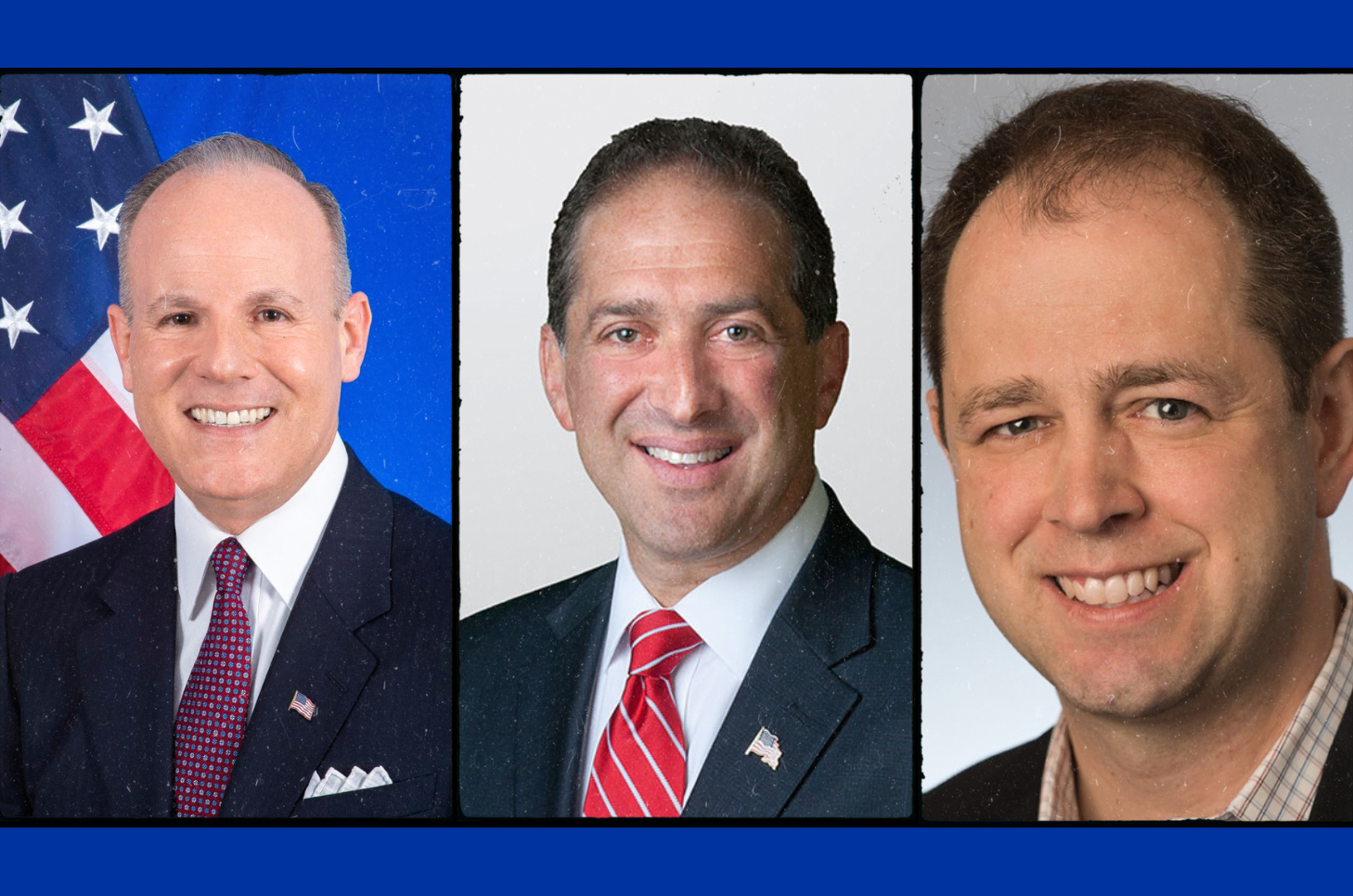 Brothers Elan S. Carr (California, 1990), Daniel Elbaum (Illinois, 1996) and Hon. Ronald Klein (Ohio State, 1979) have been awarded the Gitelson Silver Medallion by the Alpha Epsilon Pi Foundation. The Gitelson Silver Medallion recognizes AEPi alumni for their commitment to Jewish communal services. In the 108-year history of Alpha Epsilon Pi, only 55 AEPi alumni (out of more than 120,000) have received this prestigious honor.

Brother Carr, an attorney, served as the United States Special Envoy to Monitor and Combat Anti-Semitism from 2019-2021. During his two years in office, Carr negotiated groundbreaking agreements with foreign governments, convened the first-ever U.S. government-sponsored conference on combating online hate, and drove the establishment of important new policies on Anti-Zionism, anti-Israel discrimination, and campus antisemitism. He is also a JAG Corps officer in the U.S. Army Reserve and an Iraq War veteran. Previously, Carr prosecuted violent crimes for more than a decade as the Deputy District Attorney for Los Angeles County. Carr is a 1990 graduate of the University of California, where he was a member of AEPi’s Chi Alpha chapter and earned his Juris Doctor from Northwestern University. He served as AEPi’s Supreme Master from 2012-2014. He resides in Southern California with his wife and three children.

Brother Elbaum is currently the Head of North America for The Jewish Agency for Israel (JAFI) as well as the President and CEO of The Jewish Agency International Development (JAID). He leads and oversees the over 90-year-old organization’s work connecting Jews to Israel and each other throughout the United States and Canada. Prior to his current position, Elbaum was the Chief Advocacy Officer for the American Jewish Committee (AJC), leading the organization’s advocacy efforts in combating antisemitism and protecting Israel’s security. Elbaum’s Jewish communal career began with the Anti-Defamation League (ADL) where he was their Midwest Region’s Civil Rights Counsel and Director of Development. Previously, Elbaum was a felony prosecutor in the Cook County State’s Attorney’s Office. He graduated from the University of Illinois Urbana-Champaign in 1996, where he was a member of AEPi’s Delta chapter, and then received his Juris Doctor from the University of Illinois College of Law in 1999. He lives in the suburbs of Chicago with his wife and two daughters.

The Honorable Ron Klein has worked in the private sector as a business and transactional attorney for over 25 years and in the public sector as an elected official. He is currently a member of Holland & Knight’s Public Policy & Regulation Group. He is also the co-chair of the firm’s Israel Practice Group, where he works with the firm’s attorneys, clients, and others in identifying and facilitating investment and business collaboration opportunities between Israel and the United States. Since 2017, Klein serves as the founding chair of the Jewish Democratic Council of America (JDCA). Previously, Hon. Klein served in the Florida House of Representatives, the Florida Senate and as a member of Congress representing Florida’s 22nd congressional district in the U.S. House of Representatives. Klein has also served as the co-chair of the House Anti-Semitism caucus and played a significant role in the drafting and passage of the comprehensive Iran Sanctions Accountability and Divestment Act of 2010. Brother Klein is a 1979 graduate of The Ohio State University, where he was president of AEPi’s Eta chapter. He received his law degree from Case Western Reserve University. He resides in Boca Raton, Florida with his wife, Dori.

“Brothers Carr, Elbaum and Klein exemplify everything that the Gitelson Medallion represents. Their commitment to leadership in our Jewish community is inspirational and critical during these challenging times. They personify the mission of Alpha Epsilon Pi – the development of the leaders of the world’s Jewish communities,” said Jay Feldman, Executive Director of the Alpha Epsilon Pi Foundation.

The Gitelson Silver Medallion, Alpha Epsilon Pi’s most historic alumni honor, is presented in memory of the scholarship and communal activity of Nehemiah Gitelson, Talmudic scholar, and father of M. Leo Gitelson, a 1921 graduate of New York University. The Gitelson Medallion is awarded by a vote of the AEPi Foundation Board of Directors.