Walking the Walk: Combating Hate and Anti-Semitism on Campus

Walking the Walk: Combating Hate and Anti-Semitism on Campus

A report from the Anti-Defamation League (ADL) released in October 2017 confirmed what we already knew: anti-Semitic incidents are on the rise in the United States and around the world. The report shows a 67 percent increase in physical assaults, vandalism and attacks on Jewish institutions over the same period last year.

College campuses have become a hotbed for this activity. In the first three quarters of 2017, 118 anti-Semitic incidents were reported, a 59 percent increase over the same period of 2016.

But, through perseverance and advocacy, AEPi is fighting back against this hatred and working to make our campuses more welcoming, more tolerant and safer.

Brother Howard M. Lorber (C.W. Post College, 1970) has taken on a leading role in this battle. As the chairman of the U.S. Holocaust Memorial Council, Brother Lorber leads the board that runs the United States Holocaust Museum (USHMM). 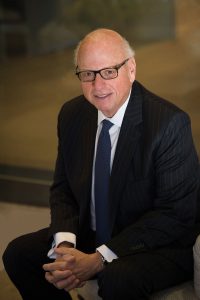 It is a position first held by the late Elie Wiesel, and it’s a role that comes with a big mission. Under Brother Lorber’s leadership, the USHMM educates the public about the six million Jews murdered systematically by the Nazi regime and its collaborators. The museum also conducts research and runs programs and outreach to combat hate in the world today.

AEPi has believed in this mission since the beginning. Before the museum had officially opened its doors, AEPi undergraduate brothers had raised more than $150,000 for the museum. AEPi is the only campus organization listed as a founding donor to the USHMM. 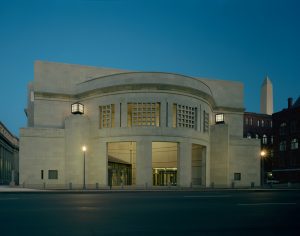 “Having Brother Lorber as the leader of the Holocaust Museum is further proof that we live our mission – to develop leaders for the Jewish community – every day. We’re proud of Howard’s accomplishments and commitment to our community,” said Andy Borans, AEPi’s executive director. “I’m just as proud, though, that our undergraduates are continuing Brother Lorber’s legacy on their campuses and in their communities.”

AEPi brothers have repaired synagogues, helped run emergency drills and organized campus-wide rallies against anti-Semitism, uniting communities in the spirit of togetherness. Our brothers are also on the front lines of the fight against the efforts to delegitimize Israel.

“We often say that AEPi brothers do more than talk the talk,” said Borans. “Howard Lorber, along with our thousands of undergraduate brothers, are examples of AEPi men ‘walking the walk’, as well.” 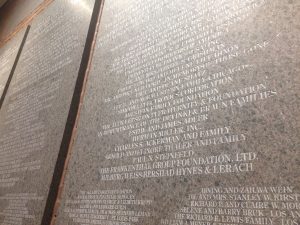