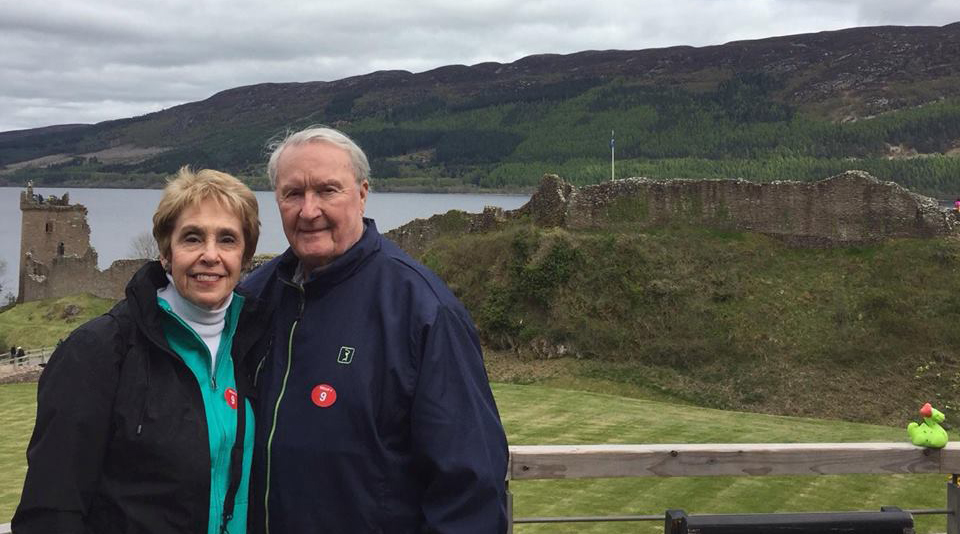 On December 19, 2018, Alpha Epsilon Pi lost one of its giants as Past Supreme Master Stanford H. “Stan” Odesky (Toledo, 1959) entered chapter eternal following complications from a cardiac event and procedure.

Stan’s commitment to Alpha Epsilon Pi was legendary. He served the fraternity as Supreme Master from 1989 to 1991 and was one of the driving forces behind the fraternity 75th Anniversary celebration and building dedication in 1988. In 2000, he was elected to receive the fraternity’s highest honor, The Order of the Lion. Stan also served as the unofficial “godfather” for the Phi Sigmas, Brothers who have traveled on behalf of the fraternity as Field Secretary, Chapter Consultant or Educational Leadership Consultant.

As much as he loved AEPi, Stan loved his family even more. Married to the former Sheila Birnkrant since 1963, the couple has two daughters (Bonnie Berland and Cheryl Moser) and five grandchildren. One of his grandsons, Seth Berland (Cincinnati, 2018) followed “Brother Papa” into AEPi. 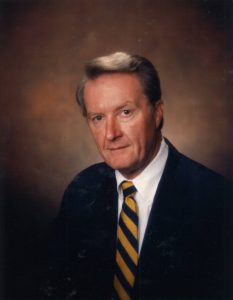 Stan Odesky during his tenure as Supreme Master (SM)

“We met because of AEPi and our whole life was wrapped up in the fraternity since the beginning,” said Sheila. “I went to Florida to visit a guy I was dating and my mom came with me. Back then, a girl wouldn’t go to something like that by herself. The guy I was seeing was working during the day so I was at the pool and I met this guy – Stan – who started talking to me. He told me he was a Regional Governor for AEPi. I was an undergrad at Penn State then and knew a lot of the AEPi guys there so we started talking. Eventually, Stan asked me out and I said yes because I knew I wanted to go out with him and not the guy I was in Florida to visit. Stan left Florida with his brother and another friend and drove to the AEPi convention in Atlanta that week and then stopped in to see me in Pittsburgh on his way back home from convention. I kind of knew by then…”

“Over the years, we visited so may chapters together. I transferred to Toledo to be with him and he’d drive to visit a chapter and drop me at the library to study while he met with the Brothers,” Sheila recalled. “Stan always loved meeting and working with the chapters. I’ll never forget we walked into one chapter house and all of the Brothers stood up to greet me and I’m like 20 years old but I was with Stan.”

“Several months after we met, Stan took me to some alumni dinner at a big hotel in Cleveland. We were ‘pinned’ but I wanted Stan to propose to me and make it a surprise. We were are this big hotel function and they called Stan and Milt Schecter to the front of the room to give a speech or an award or something. Just before he went up to speak, Stan squeezed my hand. I thought he was nervous or something – but I should have known something was up because Stan never – and I mean never – had problems speaking in front of a big group of people. Stan got to the front of the room and I looked down on my hand and he had slipped an engagement ring on my finger. That’s how I got engaged, in that ballroom, in front of this big group of AEPi alumni,” Shelia recalled.

“Stan invited me to countless different events in Toledo,” reminisced Past Supreme Master Steve Bernstein (Wayne State, 1969). “At his funeral, one of his grandsons observed that he made each event seem like a very big deal, and that we were lucky to be going somewhere so exciting and important. Inevitably, even what appeared would be a boring evening, turned out to be an interesting and great time when you were with Stan.” 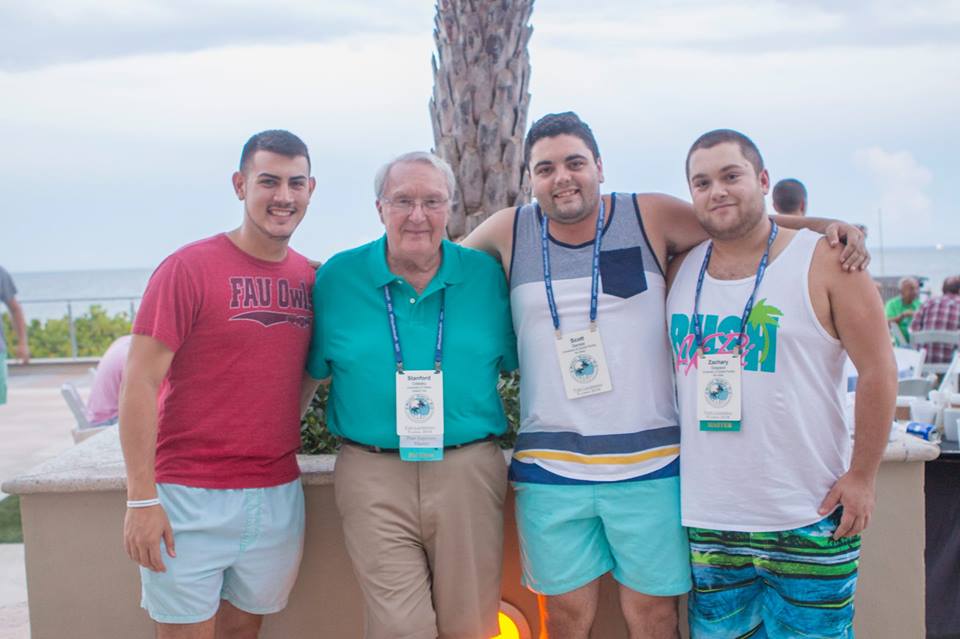 “I remember one time during the 1990s, there was a fraternity dinner in New York City on a Thursday night; and an SBG meeting beginning Friday morning in Washington, DC. Stan made reservations for himself, Sid Dunn and me for a train which passengers could board at midnight, and which left New York timed to arrive in Washington the next morning. Unfortunately, Stan inadvertently booked the train for midnight the night before, and the only space left was a small compartment where the door was broken and did not latch. The train broke down almost immediately under Grand Central Station, so the three of us spent a very long night in a tiny area, where the conductor positioned Stan to sleep with his foot against the door so that it would not keep banging and disturbing other passengers,” said Steve.

“Since he passed, some of Stan’s fraternity Brothers have been calling me every week like Dick Feller and Ed Scherer. Steve Bernstein has visited me and I’m having dinner in a few weeks with Barry Schwartz and his wife, Sally,” said Sheila. “AEPi has been like family to me. Not being a part of it will be hard.”

Sheila, you’re always a part of AEPi just as much as the memory of Stan and his legacy of working for our fraternity will last for time immemorial.