A Life of Service: The Story of Major General Larry S. Taylor 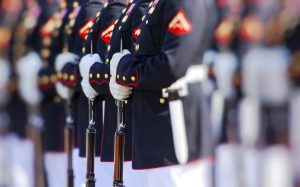 May 25, 2020 02:00 PM EST Major General Larry S. Taylor USMCR (ret.) (Georgia Tech, 1962) has led a distinguished life of service for the United States. From helicopter operations in Vietnam to commanding forces in Panama and Iraq, Major General Taylor continuously accepted the call of duty. Maj. General Taylor is the proud grandson of Russian Jewish Immigrants to the United States and stands tall with the title of United States Marine. He was also a 747 Pilot with Northwest Airlines while on Marine Corps Reserve duty. Join us to honor all the AEPi Brothers who have served and […]