Alpha Epsilon Pi continues to develop leadership for the Jewish community everyday through acts of tzedakah and brotherhood. The brothers mentioned here are just some that have embodied what it means to be a Jewish leader. 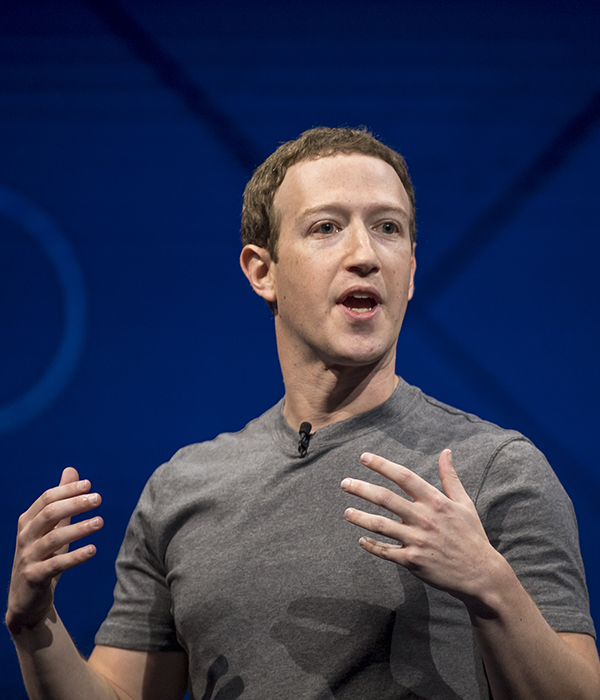 American banker, financier and philanthropist. He is a former chief executive and chairman of Citigroup. He served in those positions from 1998 until October 1, 2003, and April 18, 2006, respectively.

Former CEO of Ecolab, Inc. He resigned as chairman of the board in May 2006 and was named chairman emeritus, an honorary position. He worked at Ecolab for 49 years. Mr. Schuman currently holds board positions at Tanger Factory Outlets and The Schwan Food Company.

American Philanthropist who’s family founded the Zales Corporation, a worldwide jewelry retailer. Brother Zale served on the board of directors.

Vice president and co-owner of Zabar’s Specialty Food Store in New York City on the Upper West Side of Manhattan.

American inventor and marketing personality, best known for his direct response marketing company Ronco. He is well known for his appearances in infomercials for the Showtime Rotisserie and the coined phrase “Set it, and forget it!” as well as popularizing the phrase, “But wait, there’s more!” Brother Popeil received the Nober Prize in Consumer Engineering in 1993.

American billionaire businessman, the founder and chairman of Equity International, a private investment firm focused on building real estate-related businesses in emerging markets that he founded in 1969. He also maintains substantial interests in, and is the chairman of, several public companies listed on the New York Stock Exchange: Equity Residential (EQR), Equity LifeStyle Properties (ELS), Equity Commonwealth (EQC), Covanta Holding Corp. (CVA), and Anixter. In 2018, Bloomberg ranked Zell as the world’s 397th richest person, with a fortune of $4.4 billion.

Former president and CEO of Masco Corporation, a position he held from 2003 until retiring in 2007. He serves as director of two privately held companies: IPS Corporation and H.W. Kaufman Financial Group, Inc.

Created The Weather Channel in 1982, patenting an effective business data-processing communications system for the channel.

An international real estate icon, Brother good is the former president of the Good Realty Group, LLC. He was awarded the 2012 Sigmund H. Steinberg Award for Dedicated Alumni Service to AEPi for his continued service to the Fraternity.

American billionaire investor, hedge fund manager, and philanthropist. He is the chairman and CEO of Omega Advisors, a New York-based investment advisory firm managing over $3.3 billion in assets

American businessman, writer and activist. He is the author of the 2015 New York Times Best Seller, Let There Be Water: Israel’s Solution for a Water-Starved World. He has also founded or co-founded several companies including, The Beanstalk Group and Sixpoint Partners.

Chairman and Chief Executive Officer at Georgia Aquarium, the world’s largest aquarium. Brother Leven served as the President and Chief Operating Officer of Las Vegas Sands Corp. at Marina Bay Sands since March 2009 until December 31, 2014. He is also the founder of one of Alpha Epsilon Pi’s leadership conferences, the Michael A. Leven Institute.

Founder and CEO of Suissa Miller Advertising, a $300,000,000 marketing firm named “Agency of the Year” by USA Today. He is also the president of the Jewish Journal of Los Angeles where he serves as a strong voice for Jewish advocacy and community leadership.

The Business of Business

Mention the name Mark Zuckerberg to most Americans, and they will instantly identify him as the boy-wonder whiz kid who founded Facebook while he was in his twenties.

But fewer Americans would be able to place Zuckerberg in the context of an AEPi undergraduate at Harvard. Mark Zuckerberg was born on May 14, 1984, in White Plains, New York. He sped through his grade school and high school years with excellent academics before going to Harvard University. It was at Harvard where he joined AEPi and served the chapter’s executive board as exchequer. More importantly during his years at Harvard, Zuckerberg invented the social network Facebook in February of 2004.

Facebook started as a Harvard-only site, but Zuckerberg quickly allowed it to spread to several other colleges and universities. For his work with Facebook, Zuckerberg has earned several awards, such as TIME’s Person of the Year and number one on Vanity Fair’s “Top 100 Most Influential of the Information Age,” not to mention his status as the world’s youngest billionaire. His story was documented in the 2010 film, The Social Network, which described the founding of Facebook. Zuckerberg, now only twenty-seven, is the CEO of Facebook and one of the world’s wealthiest people.

Toy manufacturer born in Providence, Rhode Island and the son of Henry Hassenfeld, a Polish Jewish immigrant toy maker. In 1923, Henry Hassenfeld and his brothers, Harold, Hillel, and Herman, founded what became Hasbro Industries. The firm, then called Hassenfeld Brothers, initially made pencil boxes and other school supplies.

American billionaire businessman. He co-founded Home Depot and was the company’s first CEO; he served as Chairman of the Board until retiring in 2002.

President and co-owner of Zabar’s Specialty Food Store in New York City on the Upper West Side of Manhattan.

American businessman and investor who is the President and CEO of Vector Group Ltd., a holding company. He is also the Chairman of Douglas Elliman, a subsidiary of Vector, which is the largest residential real estate brokerage in the New York metropolitan area with 4,000 brokers as of 2014 (and an additional 300 in Florida).

Co-founder and President of getaroom.com, which was awarded best hotel booking site by frommers.com. Along with his partner, David Litman, he founded Hotel Reservations Network, which later became hotels.com. They created the merchant model for booking hotel rooms and launched one of the first travel sites on the web in 1995.

Award winning Canadian-born American architect, known for his architecture of the Guggenheim Museum in Bilbao, Spain and Dancing House in Prague.

American business magnate, investor, and philanthropist. He is the founder, chairman and chief executive officer of Las Vegas Sands Corporation, which owns the Marina Bay Sands in Singapore, and is the parent company of Venetian Macao Limited, which operates The Venetian Resort Hotel Casino and the Sands Expo and Convention Center. He owns the Israeli daily newspaper Israel Hayom and the American daily newspaper Las Vegas Review-Journal.

Former chair of the US Tennis Association. A consummate business leader and entreprenuer, he was the owner of Yellow Cabs Nationwide and served as chairman of Checker Motors before being named chairman of MoreseLife in 2012.

Founder and Chief Executive Officer of Los Angeles-based California Home Builders, A Division of Evenhaim Industries Corp. With over 25 years of experience in the real estate industry, Brother Evenhaim is recognized as one of the leading residential in-fill developers in Los Angeles

The ability to make others laugh or cry or smile is a precious gift and AEPi alumni have been entertaining the world for more than a century. Actors, comedians, musicians and the like have been stalwarts of stage, screen and television since the earliest days of the Fraternity.

Jerry Lewis was born in New Jersey in 1926 as Joseph Levitch. His parents were both entertainers, and he joined them as a singer at the age of five. By fifteen, Lewis had his own comedy act he called the “Record Act.” It wasn’t until he met Dean Martin, however, that his career took off. The addition of Martin to the Lewis comedy routine in 1946 increased both their salary and fame as a postwar comedy team. The two were humorous just by interacting with each other and easily moved from stage comedy to making movies. After Lewis and Martin separated as a team, Lewis went on to record his own music and write screenplays. He is probably best known for his role as chairman of the Muscular Dystrophy Association Telethon, which has raised more than $1 billion to fight muscular dystrophy.

Jerome Silberman (June 11, 1933 – August 29, 2016), known professionally as Gene Wilder, was an American actor, screenwriter, director, producer, singer-songwriter and author. Although his first film role was portraying a hostage in the 1967 motion picture Bonnie and Clyde, Wilder’s first major role was as Leopold Bloom in the 1967 film The Producers for which he was nominated for an Academy Award for Best Supporting Actor. This was the first in a series of collaborations with writer/director Mel Brooks, including 1974’s Blazing Saddles and Young Frankenstein, which Wilder co-wrote, garnering the pair an Academy Award nomination for Best Adapted Screenplay. Wilder is known for his portrayal of Willy Wonka in Willy Wonka & the Chocolate Factory (1971) and for his four films with Richard Pryor: Silver Streak (1976), Stir Crazy (1980), See No Evil, Hear No Evil (1989), and Another You (1991). Wilder directed and wrote several of his own films, including The Woman in Red (1984).

Paul Frederic Simon (born October 13, 1941) is an American singer-songwriter and actor. Simon’s musical career has spanned seven decades with his fame and commercial success beginning as half of the duo Simon & Garfunkel (originally known as Tom & Jerry), formed in 1956 with Art Garfunkel. Simon was responsible for writing nearly all of the pair’s songs including three that reached number one on the U.S. singles charts: “The Sound of Silence“, “Mrs. Robinson“, and “Bridge over Troubled Water“.

Arthur Ira Garfunkel (born November 5, 1941) is an American singer, poet, and actor. He is best known for his partnership with Paul Simon in the folk rock duo Simon & Garfunkel. Highlights of his solo music career include a top 10 hit, three top 20 hits, six top 40 hits, 14 Adult Contemporary top 30 singles, five Adult Contemporary number ones, two UK number ones and a People’s Choice Award. Through his solo and collaborative work, Garfunkel has earned eight Grammys, including a Lifetime Achievement Award. In 1990, he and Simon were inducted into the Rock and Roll Hall of Fame. In 2008, Garfunkel was ranked 86th in Rolling Stone magazine′s list of the 100 Greatest Singers of All Time.