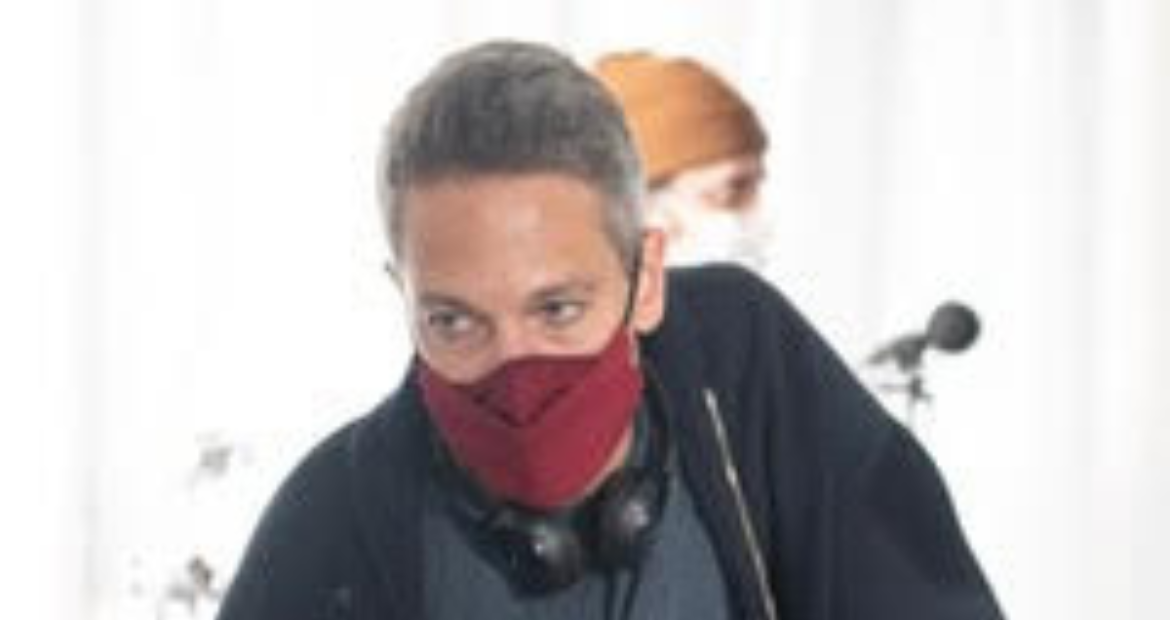 Lights, camera, action! Getting into the film industry can be difficult, but through the right network and hard work, you can carve out a career in Hollywood. Now producing his own films, Brother Josh Feldman (California – San Diego, 2005) has worked on tentpole movies like Transformers’ Bumblebee and the GI Joe Franchise.

Brother Feldman grew up in a suburb of Sacramento, California with an almost non-existent Jewish population. “We were members of a local reform synagogue. I didn’t have a strong sense of Jewish identity” His family attended synagogue twice a year and he attended Sunday school but did not have a Bar Mitzvah until later in life.

At the age of 10, Brother Feldman became a massive fan of movies with the boom in independent films by directors like Quentin Tarantino. This led him and his friends to become even bigger fans in high school. “I started writing screenplays and we started shooting movies on our camcorders. When I was 16, I spent the summer at USC in Los Angeles where I studied film in a program and made some truly unwatchable short films.”

At UC San Diego (UCSD) Brother Feldman majored in history and double minored in film and law. Although his major is seemingly unrelated, there is a connection to what he does now. “My current job as a producer is to find a narrative and theme in human life. This is a skill I developed in my history classes.” It wasn’t until he graduated and went to UCLA for two years to get his Masters in Fine Arts that he learned about the business of film. “That was almost like a trade school exclusively focused on the craft of feature film producing. That’s where I really buckled down and learned everything that launched my career.”

In college, Brother Feldman felt a bit removed from the college experience since he was living in an on-campus apartment at a school with a significant commuter population. He knew nothing about Greek life, so he didn’t rush the fall semester. “About midway through my freshman year, there was a guy who I befriended from the apartment next to mine. He invited me out to spring rush, and I joined him.” That’s when Brother Feldman joined AEPi.

Brother Feldman wished he had involved himself more in the fraternity, where so many of his friendships developed.  He learned the organizational and leadership elements mostly by observing. “Having a group of people, some of whom you’re very close to, some of whom you don’t innately have anything in common with outside of a  shared commitment and a desire to make sure the ship is running in the same direction – this is completely analogous to the process of producing a movie. Being an AEPi Brother, you’re not necessarily going to get along with everybody who is in your chapter but that’s part of the beauty of what makes your particular chapter strong.” Brother Feldman emphasized the need to listen to different voices. “Making a movie is exactly the same way. There’ll be a couple of core creatives who you may or may not get along with, but you and your entire crew have made the commitment to work together to bring this vision of a movie to life. You have to figure out how to support each other and work in harmony for the movie to be delivered on-time and remain a full expression of the original creative vision.”

Brother Feldman’s favorite AEPi memory was the annual Hunger Relief charity event for Magen David Adom. All the Brothers would camp out in the center of Campus for the week.

Shortly after graduation, Brother Feldman joined Genre Films, a production company where he held a number of positions. The principal of the company, Simon Kinberg, os a screenwriter, director, and producer. “Simon had written big movies like Mr. and Mrs. Smith, and the X-Men franchise, Sherlock Holmes. He built this company as an extension of his creative voice. I came in on the ground floor as an executive to help him build out his producing slate and the company.” Brother Feldman was able to learn and see how to develop scripts on large scales. Ultimately, his work at Genre put him on the radar of Hasbro, the toy and content company. “The Transformers franchise was just hitting its stride and people were looking at toys as a source of intellectual property from which to develop films.” They asked him to come in and run feature films for them.

Brother Feldman had a prolonged film development apprenticeship. His job was to come up with the core story that was to be told. “That meant finding the screenwriters to help tell that story, finding the filmmakers to pair those screenwriters with, and then bringing all of the creative elements together to get the green light from a movie studio.” Then when the movie was entered production, he helped ensure that everything stayed on time and hit all creative goals.

Brother Feldman also currently teaches at UCLA. “The way it works is all the classes are at night so that all the students can intern during the day. Which also means all the producers, the “professors”, could lecture at night and work on movies during the day.” The University first asked him to serve on committees, then as a guest lecturer for other classes, and eventually he was invited to come and teach classes. “I love helping students avoid some of the pitfalls that I had rising through the ranks of the film industry.”

Brother Feldman now works as Head of Film and Television for Altar Rock Pictures. “Altar Rock is a company that was started by the late, great, Hasbro CEO, Brian Goldner. Brian and I met at Hasbro, where he had been CEO and chairman for a decade. Brian was the executive responsible for bringing movie making to Hasbro.” The two started the company to tell stories that could be adapted into toys and intellectual property. The idea is to take that existing intellectual property lying fallow and develop it into movies and television. “I spent a year doing that at our independent company, then Brian passed away about a year ago. The company has continued Brian’s work with the incredible support of the Goldner family.” Brother Feldman feels fortunate to keep Altar Rock going. Although he can’t share many details, the company just wrapped production on their first movie. “I can say that it is a sci-fi thriller with a big movie star that we’re doing in conjunction with Fox. It will be released in the fall of 2023.”

The film and television industry is changing faster than ever before. “I think that Brothers need to be open to the idea of learning and moving in different directions in response to how the business is changing. When I came into the industry, I didn’t see myself having this kind of toy or ‘toyetic’ focus that I have now. Wherever you can, as an intern or as an assistant, learn as much as you can from the person above you and really open yourself up to the possibility of doing a job that you never saw yourself doing. That can be incredibly creative and fulfilling”.

Along with developing his film career since joining AEPi, he has also developed in his Judaism. Brother Feldman has visited Israel many times where he studied at Yeshiva. He, his wife, and children are now very active members of a conservative synagogue in Los Angeles. “My Judaism was activated and accelerated by AEPi. Without the fraternity, I would have never discovered my passion for Judaism, had my Bar Mitzvah, gone to Israel. In all likelihood, I never would have met my wife and never would have had my two wonderful kids. So I guess in some ways I owe the sources of my greatest happiness to AEPi”.