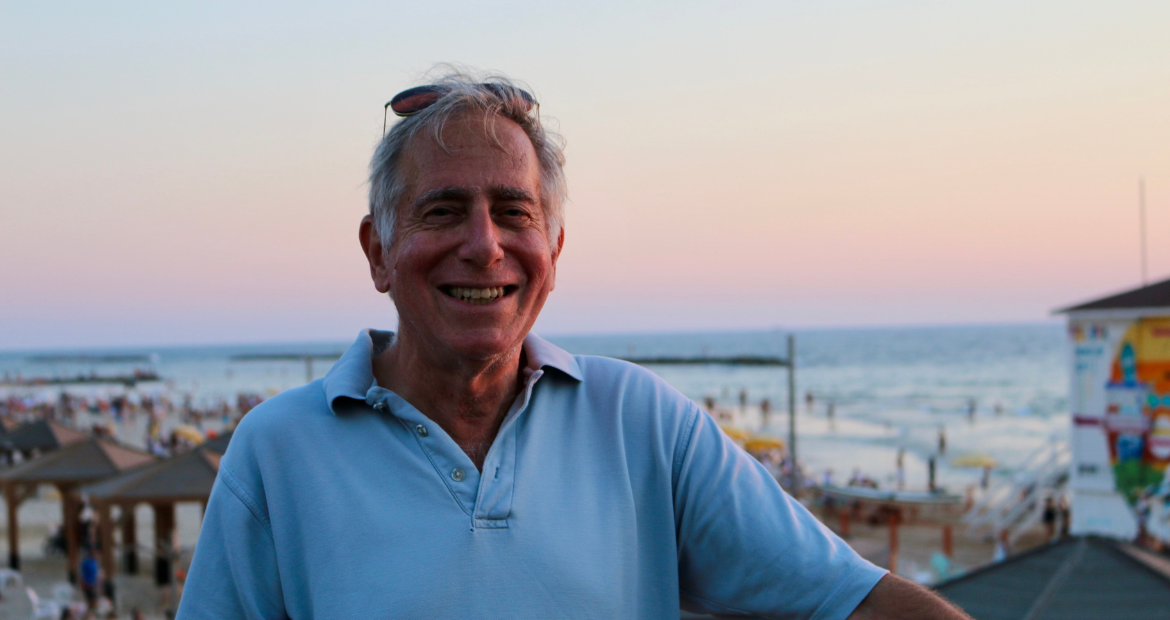 It is not often that we get to write a piece on the descendant of one of the Immortal 11, the founding fathers of Alpha Epsilon Pi. But, today we do. Brother Marc Schulman (Honorary) is an entrepreneur and a journalist who has been following his passion for Israel and history throughout his career.

Brother Schulman was born in the Bronx and moved to New Rochelle. He grew up somewhere between a conservative and orthodox Jew to a very Zionist family. He went to Westchester Day School and Ramaz High School. “I had a very strong Jewish background.” He first went to Israel at the age of 10. After his Bar Mitzvah summer, he spent every summer in Israel.

At Columbia University, Brother Schulman majored in urban studies and in economics. He also got a graduate degree in political science. “The reality is I probably should have been a history major because that’s what I spent most of my time doing. Everything I do in terms of journalism and everything else…to have an undergraduate degree partially in economics gives me a better understanding of various things in business and technology” At Columbia, he was mostly involved in Jewish affairs, working full-time for the Jewish Agency. He then formed a Jewish organization called Student Mobilization for Israel which, at the end of the year, saw 80 people from the organization move to Israel. He also started working part-time at the Jewish Agency as the head of the high school department, after starting the Jewish High School Student Alliance while still in high school.

Brother Schulman is related to one of the Immortal 11, Brother Hyman Schulman. “I had no idea. My grandfather Hyman, unfortunately of all my grandparents, was the one I didn’t know because he died when I was a year and a half old.” Despite not being able to get to know his grandfather, he knew he’d gone to NYU and that he was an accountant. Only after Brother Marc Schulman’s close family friend started at NYU and joined AEPi, did Brother Marc Schulman know that his grandfather was in the fraternity. “At that point, someone reached out to me, and I became an honorary member at an initiation in Jerusalem.”

“I first moved to Israel in 1975. I’m what one would call a Classic Zionist. I came to my decision to want to move to Israel for classical Zionist reasons. I believe that Israel was the only place for the Jewish people considering Jewish history. The Jews needed a state of their own. I wanted to be part of it. I went into the army in Israel as soon as I moved to Israel. I was an Air Force officer involved in pilot training.”

After living in Israel for eight years, Brother Schulman returned to America. After owning a software company for a number of years, he took a job as the director of special projects of what was then called the American Zionist Youth Foundation, working with all of the Zionist youth movements. While there, he conducted a survey of the effect of Israel on people who spent a significant amount of time there. “I wrote the first report that was ever written about the effect of Israel on people who’ve gone on Israel programs.” In the 5,000 responses that he got, he found that the longer people were in Israel and the more they interacted with Israelis and the stronger their connection was.

In 2011, Brother Schulman returned to Israel and in 2014, Brother Schulman was contacted by Newsweek to  be a major media partner during the Gaza War. He wrote a daily piece on what was going on in Tel Aviv which transformed into what was called Tel Aviv Diary, basically a look at Israel from inside. He covered mostly politics, security, economic, and high-tech matters. He also wrote restaurant reviews, a bit of the history of Tel Aviv, and sometimes a TV or movie review relating to something Israeli. He also has been writing an opinion column for the Times of Israel in their blog section from time to time. “I also am a regular contributor to I-24 News. I go often go appear, usually discussing American politics, Israeli politics and sometimes aviation.” He’s continued to write for Newsweek but less frequently as he now writes his own newsletter. “It allows me editorial control, as opposed to having to pitch the piece each time every week.”

Brother Schulman’s passion for history has also led him to create a website and more than 70 apps. “I have a small software company and so I was doing some of the first Mac projects.” For example, he and his son created an app about Jewish history in different parts of Poland. “It was sponsored by Moreshet and was funded partly by the Claims Conference and was done with the support of the Polish government.” They started with the history of some of the concentration and death camps, and eventually expanded to the history of 400 cities in Poland. “We’re still adding to it and going to do translations to other languages but it’s quite comprehensive.”

Through his passions, Brother Schulman has gained direction throughout his career. “It was working for the Jewish Agency and the Jewish World. That’s my passion. I care about Israel and trying to impact the Jewish future. I’ve been someone who cares about teaching history and believes very strongly that students of all ages need to understand and learn more history. They’ll become better citizens wherever they are in the world and make smarter decisions.”