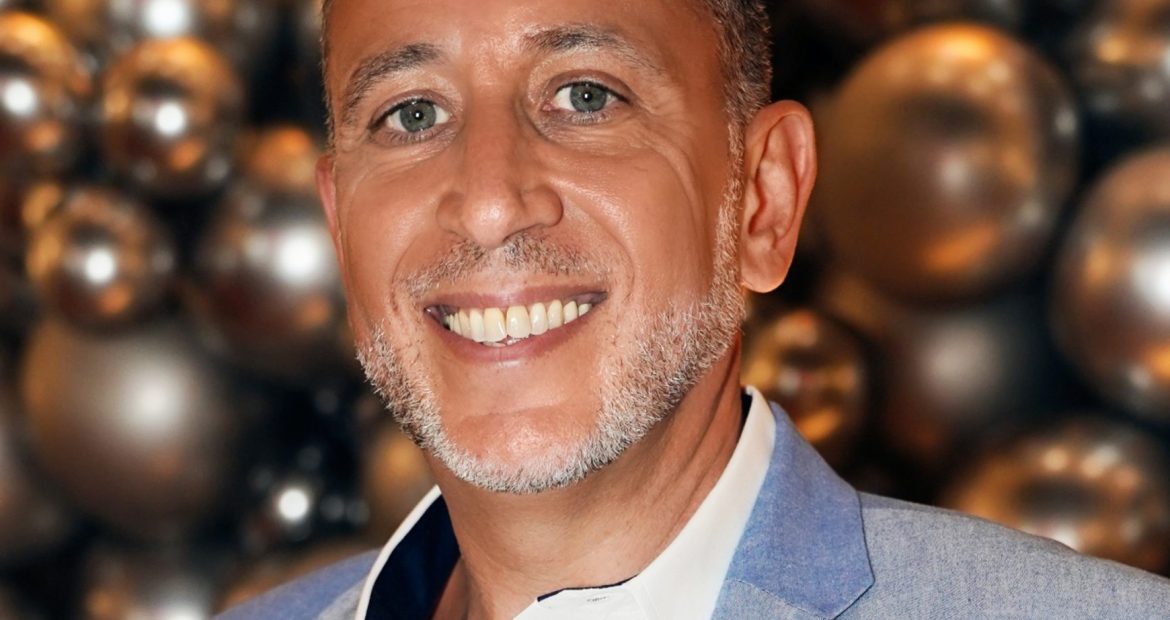 “For the dead and the living, we must bear witness” – Ellie Wiesel

It is hard to believe that in the year 2022, we still have to work to make sure that our broader community is aware of the atrocities of the Holocaust and its impacts on European Jewish communities. But, here we are.

Brother Alex Teplish (SUNY-Stonybrook, 1998) has taken on that challenge by retelling stories from his Holocaust survivor grandparents and creating a virtual environment for school children and others to explore and learn about survivor stories.

“I grew up with my grandparents in my building. They told me their Holocaust stories and how, despite the horrible things happening, the Holocaust led to my grandparents meeting and getting married,” recalled Brother Teplish. “I had heard these stories my whole life. I thought everyone had the same stories but just that some people didn’t want to talk about it. I found out later that a lot people don’t know these stories.”

Coming from the former Soviet Union, a lot of the documentation of what happened in those regions was lost after the collapse of the Soviet Union. Alex’ grandfather’s story became even more important in this context. “A lot of people don’t know that it wasn’t just the Germans who did this but the Romanian Army also participated in these atrocities. A lot of the torture that my grandparents experienced was by local collaborators; they were forced to work on farms as slaves for a certain amount of time.”

Alex’ great grandmother took in a family to save them and his grandfather met his grandmother while in hiding. “They somehow connected back in Odessa after the war and were able to begin their life together.”

Obviously, Odessa in Ukraine has been in the news a lot recently but understanding the history of the region is critical to understanding today’s conflicts. “In the mid-90s, my grandfather was interviewed by the Shoah Foundation. There’s three hours of footage of him retelling his experiences. He had a great memory and gave a very detailed story. That’s what got me started on this project.”

A native of Odessa who emigrated to Brooklyn in the second grade, Brother Teplish graduated high school early and enrolled at Stonybrook in what would have been the spring semester of his senior year. AEPi wasn’t active on campus at the time but by the next year, a group of men were looking to refound the chapter and the opportunity to become a Founding Father in the Jewish fraternity was too good to pass up. “It was a great decision for me. I’m glad I did it.”

After graduation, he worked as a web and software developer for about a year and transitioned into business analysis and project management. Today, he works as a vice president of digital services for an international marketing firm.

It was time for his grandfather’s story to be told.

“I had written a sci-fi graphic novel in 2012 and that gave me the experience to tell this story about my grandfather.” Through painstaking translation of hours of interviews in Russian with his grandfather, he recreated the story but felt that there were a lot of unanswered questions about the history of the region so, after writing Aron’s Story (his grandfather’s name), he wrote a second half of the book to answer questions about the history and how things came about. “The second half of the book gives a historical context and what led to Odessa, Ukraine and the Soviet Union.” 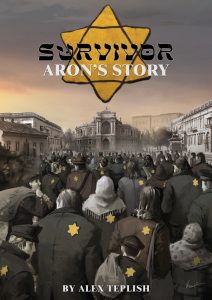 After self-publishing the graphic novel, he felt that the project was still unfinished. He wanted to make the story even more approachable to a younger audience so he created an interactive virtual museum, created from the contents of the book. “This is done free-of-charge and is ‘open’ 24/7. It’s basically an educational tool that operates like a game in a metaverse type of environment.” Visitors can use their web browser to go through the 3D museum, walk around and visit different things.

“I’m now building this out and incorporating a curriculum for schools on top of the book. You can see video of my grandfather and images of the Auschwitz barracks. Kids everywhere need to see this to appreciate it. I know that 10 and 11 year olds go to the site repeatedly to learn and explore, that’s more than just reading the book.”

“The population of Holocaust survivors is aging; it is more important than ever to ensure that their stories live on and continue to be told. The interactive virtual Holocaust education museum is committed to preserving the memory of both survivors and victims of the Holocaust.”

To learn more about Brother Teplish, his book, and the virtual museum project, please visit: https://survivoraronsstory.com/