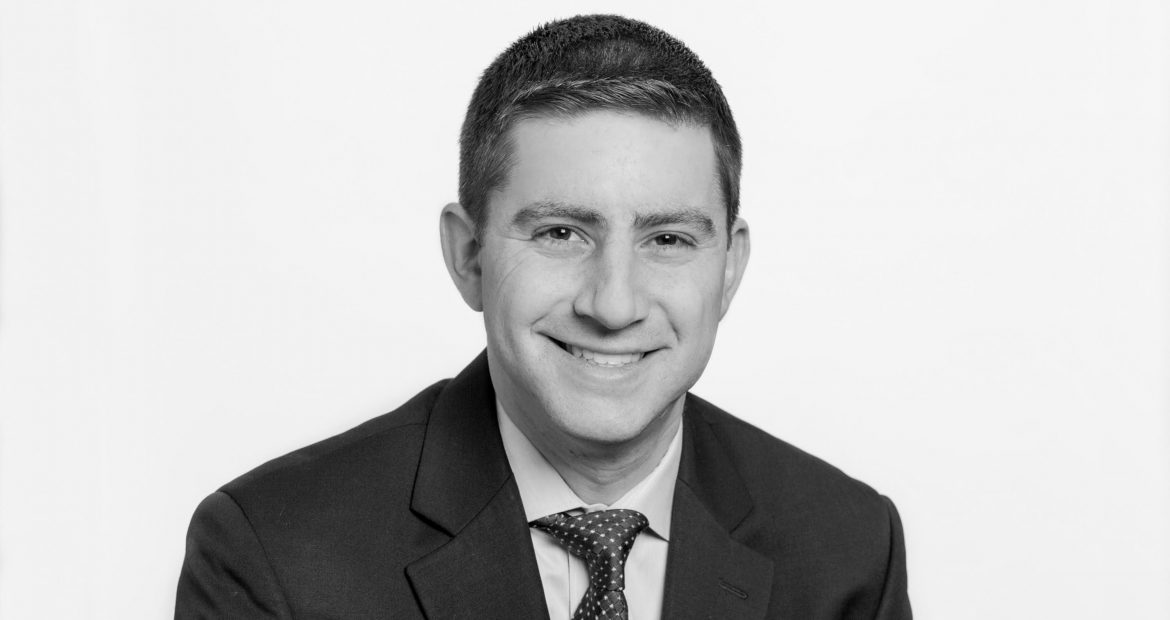 Getting close and in-person to a major sport event either requires a lot of money or a lot of luck but Brother Lee Seidner (James Madison, 2011) has spent the last 18 summers on the court at the U.S. Open.

Going to lessons and group clinics on the weekends, Brother Seidner enjoyed playing tennis from a young age. “I grew up playing tennis, soccer, baseball but tennis was always my favorite.” He played varsity tennis in high school. Unfortunately he was not at a D1 or D2 caliber, so Brother Seidner played club tennis at James Madison University (JMU).

Brother Seidner triple majored in quantitative finance, math and economics at JMU. This was made possible by doing well on the AP tests in high school. He also did this to beef up his resume for internships. “I really love math but didn’t want to be a math teacher. I was thinking what am I going to do with the math major and found mathematical finance or financial engineering.” After college he worked for a financial rating agency, eventually joining Bank of America in a risk management role. He recently started a new job at JP Morgan in treasury.

Brother Seidner knew of AEPi when he got to JMU. His older brother had joined AEPi at the University of Albany. When Brother Seidner was a sophomore in high school he visited his brother during parents weekend. “The idea of having a Jewish Brotherhood, bonding and having this group that would be more than some friends. I saw it as being really an awesome outlet for my brother.” When Brother Seidner first got to JMU, he looked for that same Jewish outlet outside of Greek life but couldn’t find it. In his second semester, he found out there was an AEPi chapter at JMU and hinted to one of the Omega Epsilon chapter Brothers that he would be interested in joining. The chapter had his information, rushed him and he became a new member his second semester freshman year.

After initiation, the first thing Brother Seidner did was meet with the exchequer, pay his dues and ask where the money was going and to see the plan and the budget. Soon after, Brother Seidner ran and became the chapter’s Exchequer. “I was very keen on not only having a budget that was robust but one that any Brother could access 24/7. I was doing things like a camping calculator. I made a tab where all you had to do was type in the number of Brothers, new members or just the number of people who were coming on the camping trip that we would have every semester. It would spit out exactly what needed to be purchased and the cost and that was directly linked to the line item in the budget for camping.”

Not only that, the spreadsheet would tell exactly what the chapter needed and how much they would allocate budget wise. “I’m using roundup functions because you know good Jews always have leftovers.” The idea was that he wanted to budget to save – meaning if all went to plan and it rarely does – at the end of the semester, chapter’s bank account would not go to zero.

Brother Seidner learned a lot from being a chapter leader. “Realize that you can’t please all the people all the time. I had never really been on a board or leadership committee that was in charge of an organization before.” His favorite AEPi memory was getting the charter when he was on Eboard. He also enjoyed winning chapter of the year and most improved chapter in the same year from JMU’s Greek Life office.

In 2003, Brother Seidner tried out for the U.S Open as a ball boy. For tryouts, potential ball boys would throw the ball the length of the court, and show off running, throwing and catching. “I didn’t have any connections and didn’t really know anyone involved in the organization but I tried it with my brother and we both made it.” Following the initial tryout, qualifying rounds for both the athletes and the ball boys are held the week before the US Open. During tryouts, there are an additional round of cuts to the potential ball boys after seeing them work in a real match. “So we made it through that and they pretty much invite you back forever unless you give them a reason not to.”In total, about 750 people tried out, 150 got callbacks, and 75 became ball boys.

Ball boy responsibilities include providing players with balls, grabbing drinks from the cooler, handling rackets and other duties like bringing a racket to a stringer.

Brother Seidner is now a ball person supervisor or the ball crew supervisor. He’s one of about 10 supervisors of the ball boys who are not full-time USTA employees. There are full-time employees who assign people to courts. “We come in just for the US Open and some related things like tryouts, training, and uniform distribution.” Their responsibility is to be courtside evaluating the ball crew. “So, hopefully, the people you’re seeing on TV – whether it’s a night match or the daytime stadium–  are our best. If you go in person and you go to Court 15 or Court 16, it’s not like you’re going to see something terrible but you may see those people aren’t as sharp as the ones that you saw over at the Andy Murray match.” In addition to evaluating, the supervisor is supposed to give feedback when it’s appropriate during a match.

It is also Brother Seidner’s responsibility to improve the crew and deal with people, making sure everyone’s signing in and out every day. “The age ranges of a ballboy can be 14 and up. There’s this mix of minors, high school kids, college kids and then there’s a really small group of four or five or random people who are over 50 who are retired and athletic. You’ll certainly have a big mix and a really diverse group. So, just dealing with different needs of different people is definitely a part of it.” He tries to give constructive criticism because one never knows how other people will interpret it.

Brother Seidner also relates the public speaking aspect of the job to speaking at chapter meetings. At the US Open, they have morning briefings and he will give a 10 or 15 minute speech to the group, trying to highlight themes or things that they see people can improve upon.

Brother Seidner’s favorite memory from this year’s U.S Open was during an Andrey Rublev match against Cameron Norrie in the quarterfinals. Barstool Sports CEO Dave Portney tweeted that morning that he locked in his bet for Cameron Norrie.

Norrie ended up losing the match in straight sets. “I was scheduled to be on the court and so I was working this match and Cameron Norrie spikes his racket in frustration as he was losing right in front of me.” Dave Pourtney then tweeted out something like the worst bet of my life. “It then became a meme of Cam Norrie fighting his racket over and over again and there I am like right behind in the background and that was funny. I have worked 18 Opens and that has never happened to me.”

Brother Seidner advises Brothers that there is a tryout every year that is completely open to the public. That date changes so keep an eye on the USTA’s website or call the USTA’s National Tennis Center. “It’s definitely a serious time commitment. You have to be able to give up pretty much three weeks and you have to have some athletic ability. It’s tough but it’s worth it for the experience.”