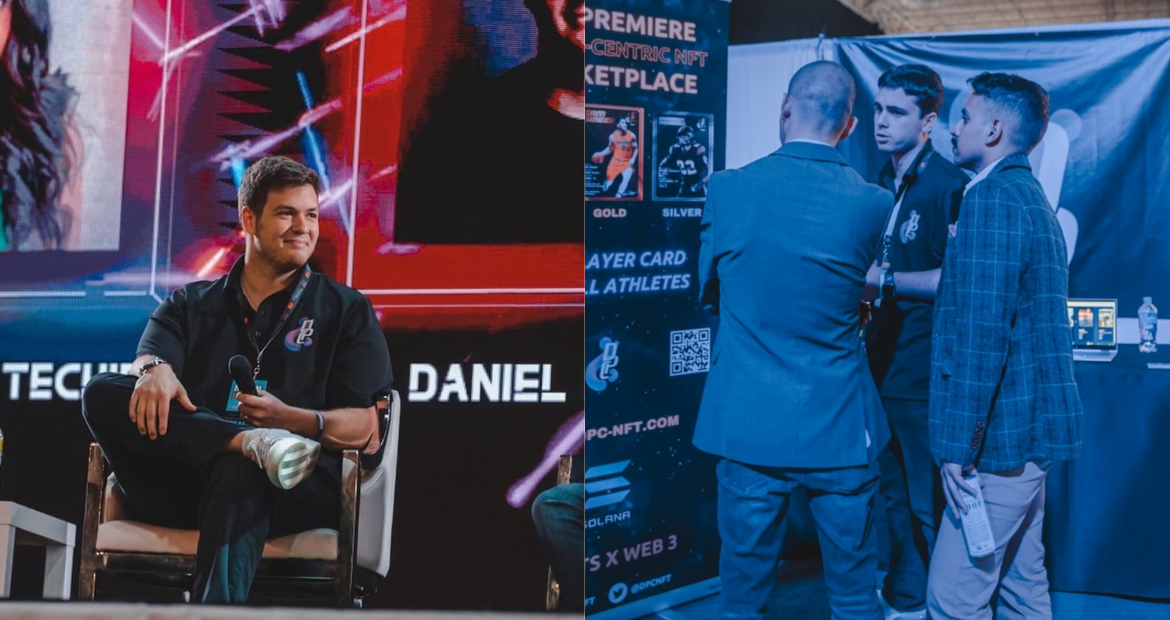 Growing up in Deerfield, Illinois, Brother Byck enjoyed the connection he had to Judaism. “I have always been very proud to be Jewish, not the most religious.” He went to Hebrew school and his favorite holiday was passover.

Brother Pardo grew up in Miami Beach and went to temple and celebrated all the Jewish holidays. “Most of my middle school years were spent after school at Temple if I wasn’t playing a sport. My parents definitely instilled Judaism and its values into my life for sure.”

The shared connection in Jewish values brought the two together at AEPi’s Chi chapter at Michigan State University.

They learned a lot from their time in AEPi. “I’d say dealing with relationships when conflict comes up with a bunch of Brothers. We get along but there’s the fighting. You know how to deal with people,” said Brother Byck.

The Brothers Started DPC Labs while Brother Pardo was in his third year of law school. “We were looking at crypto during 2016 to 2017, at the top part of the big jump. We saw the infrastructure that was there and said we can build something on it and build the company around it. We both knew our love for sports and I have two good friends in South Florida who are very involved in the sports world, who we just felt were the right partners to bring in. We just jumped into it,” said Brother Byck. “We saw the opportunity to help athletes with blockchain technology.”

The mission of DPC Labs is to educate, empower and connect athletes through the use of blockchain or web3 technology. That means helping athletes who want to be big in the sports world get recognition. For example, if the athlete wanted to own a golf moment from when they were a one year old swinging a golf club, to being a collegiate athlete wanting to make some money and sell a cool collectible to their fans and community. They essentially create a digital player card that acts as a NFT.

The process that DPC Labs uses for getting these virtual cards made is easy. They get in contact with the athletes and send them a template for the card’s requirements. This includes a photo, personal video content that they own the rights to, a signature and then a little player profile about themselves. They then produce the card in one to three days and provide the virtual card back to the athlete for approval and verification. Once the athlete approves, DPC Labs posts it on its online marketplace at http://dpc-nft.com where the athlete will assist in the marketing efforts to sell the card. The cards are sold on their marketplace and then customers are able to resell them on a secondary marketplace.

“Educate yourself. I think that no one’s an expert in space right now. I think that it just takes some time just reading and educating. Don’t be fooled by what you see in the media. I think that people kind of get caught up in the price of Bitcoin, and the price of Solana. I think people if they could educate and teach themselves about the opportunity technology behind the blockchain that’ll definitely help.”

The world of NFTs and Crypto can be confusing and, while opportunities abound, there are also plenty of pitfalls. Despite those pitfalls, the two Brothers are giving all athletes the ability to own their moments and get the recognition they deserve. Brothers Pardo and Byck have found a way to marry their passion for sports with this new technology to create a business.