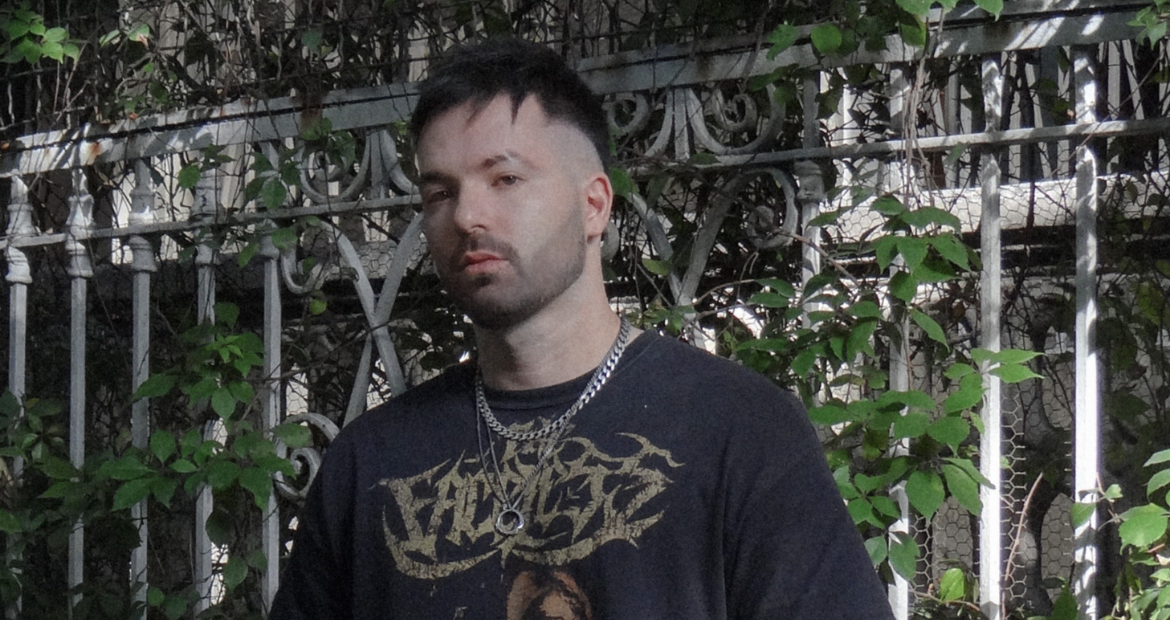 Brother Cameron (Akiva) Alpert (Georgia State, 2011) has found his path in his art creating alternative streetwear and fashion. He has also had an impressive career working with big name artists.

Born in Atlanta, Brother Alpert was raised in the Jewish community but soon learned not to take that for granted. “Due to the separation of my family I moved to south Georgia where there was absolutely no Jewish community. I was always thrilled by the idea of even meeting another Jewish person and I never did.” Brother Alpert was into the hardcore metal music scene and use used his music and art to compensate for that lack of community.

Brother Alpert majored in film and marketing at Georgia State University, studying a combination of art and business. He always thought he wanted to go directly into film. “What I realized was even though I decided to take (my career in) a different direction, that conceptual line of thinking was necessary to understanding the business component of the art world that directly applied to my career later.” Owning multiple streetwear brands in the past, he needed to be as good a business person as he was an artist. “I also did all the photography for my collections, which was very similar to planning out a film shoot with all the creative direction and the set design, in addition to designing the clothes themselves.”

At Georgia State, Brother Alpert was unaware of Jewish organizations on campus because he had been so distant. He rushed and became an AEPi Brother his sophomore year. “My mind was absolutely blown away. I was so excited.” The trust and loyalty he had in the Brotherhood helped him learn how to run an organization. He was elected to the E-Board and got further leadership experience. “I think without that I would have been a little bit lost but that sense of business organizational structure really benefited me later.” Brother Alpert also enjoyed  creating an event and seeing it come to fruition. “I loved to see the outcome of all the hard work. It was really cool.”

After leaving school, Brother Alpert went into the alternative streetwear and fashion industry. Although he currently is fully independent and unaffiliated with a brand, he previously designed for some big names as an up-and-coming designer. “J Balvin specifically was the first artist who embraced any of my apparel around 2017. “He was the first major artist at the time to even take a chance on my clothing and wear it.” Brother Alpert also did custom work for a project with Billie Eilish. “It was really cool because her style is incredible.”

Listening to a blend of metal and rap music growing up, Brother Alpert enjoys working with alternative rappers. His designs are extreme and he likes that these artists are willing to take risks when it comes to their style. He also enjoys working with reggaeton artists who embrace a lot of color and baggy fits.

Brother Alpert has also done various art installations. He has had one pop-up installation in New York, two in Los Angeles, Berlin and soon in Latin America. His very first art installation – Controlled Violence – was in Las Vegas. “I used to get really excited being on a show. I remember that feeling of being in the bathroom and hearing the music kind of still coming in through the wall in the main portion of the venue. I wanted to recreate that experience with the speakers and for people to interact with all the graffiti. You know, concert venue bathrooms are always covered in graffiti.” During the installation at ComplexCon in Long Beach, California, Travis Barker showed up as well as other rappers.

Judaism definitely plays a role in Brother Alpert’s art. “I’m huge into Jewish mysticism and  Hebrew letters even if I’m using them as a motif. I still apply them regularly. Even though I pull inspiration from a lot of different sources and experiences I’ve had in life, I still try to inject a lot of ethnic Jewish authenticity into my work where I can, even if it’s very subtle.”

Brother Alpert uses his Hebrew name, Akiva, instead of his English name, Cameron, because of its historical significance. “You think about the guy himself, he was probably one of the most metal human beings that ever existed. He was super committed to his cause and he was an intellectual. They say that when the Romans killed him he was laughing in their faces the entire time. It’s the most metal thing I’ve ever heard and honestly I feel very connected to that.”

After being on the road for a while, Brother Alpert wants to take his art in a different direction. “I want to take a lot of the artistic motifs that I use to channel into clothing to be sold in stores and make them more broad and interactive.” He also has plans to do more art installations in the future. He has brand new fashion projects dropping soon under the Akiva Alpert brand.

Brother Alpert has a few words of advice for those interested in creative ventures and art: “Go hard and you will be fine. Do it yourself. Put whatever you were doing artistically out there yourself. Do not wait on anyone else and believe in yourself. No matter what anybody says, you will be great.”

You can learn more about Brother Alpert from his portfolio: https://www.projects.akivaalpert.com