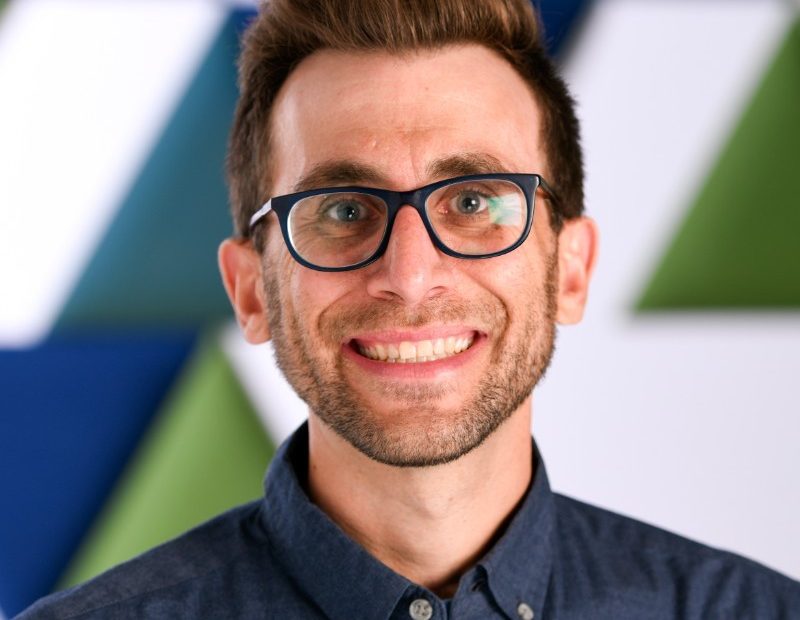 Brother Oruch grew up in Plano, Texas and was involved in his youth group, BBYO, in high school. “That’s what started a big part of my Jewish journey was doing the BBYO stuff. Going to summer programs, being involved locally made me want to get involved in Jewish life in college.”

In college, Brother Oruch majored in American studies at the University of Kansas (KU). “That didn’t really affect my career path as much as my involvement in student life.” He was rushed as he was moving into KU, his first week. “I remember going to AEPi on my first or second night on campus. I was hesitant about joining because of the size of the chapter and what I had heard about it. Then, all my friends that I met in my dorm wanted to join, and so I kind of followed their lead. I got involved and it was one of the best decisions I ever made.”

“My favorite AEPi memory was my first year on campus, I chaired a regional conclave, it was a big opportunity for me to grow as a leader in my chapter. We had about 30 delegations coming to our campus, from AEPi chapters across the midwest. It made me realize the movement I was a part of, the national and international impact AEPi has on its Brothers. I felt very lucky to be a part of that conclave.”

In addition to chairing the regional conclave, Brother Oruch held many positions on the executive board in his chapter. He was rush chair, sentinel, social chair twice, and held various other committee positions. He also served as an IFC delegate for the chapter. “I then became a Student Senator, where I helped represent all Jewish life on campus.” He was approached by a Hillel staff and was asked to be the student representative on their board of directors. “I was kind of the voice of Hillel on campus. I felt very proud to be able to help Jewish life on campus. It started a domino effect through my chapter. For the next four years many other AEPi Brothers served as Senators and with Hillel. Those experiences then led me to get involved in Jewish professional life.”

After graduating KU, Brother Oruch continued working with Hillel and AEPi at the University of Oklahoma. After going to the Brandeis Collegiate Institute, he was named Director of Student Life at Hillel and a chapter advisor for AEPi for three years. He didn’t stop there, he would go on to work for the University of Hartford in a similar capacity. “AEPi International asked me to be the advisor of the chapter there, they knew I had experience in the past.” It was important to him for the Eta Upsilon chapter to be involved with Jewish life and promoting Jewish life on campus. At the University of Hartford, Hillel was a campus department so he could truly advocate for the Jewish undergraduate population in a different way than if Hilel was an independent organization.

Brother Oruch then took a brief hiatus from campus life at his family’s company. After leaving Hartford, he moved back to Dallas to work at Sea Breeze, Fish Market and Grill in Plano Texas. While there, he worked on marketing, branding, and helping to grow the business. During that time, he was asked by a Rabbi to speak to graduating seniors about getting involved in Jewish life in college. “I was standing there in the synagogue that I didn’t even belong to, telling these graduating high school seniors, why they should get involved in Jewish life and it hit me, and I thought to myself, this is what I should be doing, this is my passion. I then started looking for jobs.”

Brother Oruch knew he wanted to move to Denver and visited one of his best friends whom he met on a summer BBYO program. ”While visiting, my friend was trying to pitch me on moving to Denver. He showed me the Jewish Colorado building by the JCC.” After and applying for a job, they reached out to him within 24 hours and he moved to Colorado three months later. His role at JEWISHColorado is ever changing. In his first two years, he focused on fundraising for Jewish life and programs such as family engagement, teen engagement, and Israeli engagement programs. Recently, in his third year, he was asked to shift his role to more of a marketing focus. The new role focuses on online marketing, philanthropy, creating digital fundraising opportunities for each program, and managing the one-day campaigns.

Brother Oruch has advice for Brothers. “I think mentorship is the most important thing and don’t be afraid to try something new. You never know what that conversation could lead to and what doors that conversation could open for you in your career. If something doesn’t look like it’s your skills, don’t let that judgment stop you from pursuing an opportunity. I think someone should apply for any opportunity they’re interested in.”

Leadership is about passing on the mantle of leadership and Brother Oruch has done that. Through his mentorship and advisorship, others have followed his calling into Jewish leadership. “My proudest achievement is how many Jewish students entered the (Jewish non-profit) field because of their Jewish experience on campus.”