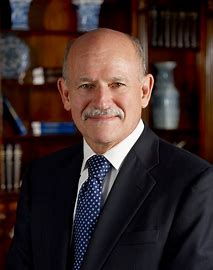 Brother Steven Heymsfield (Hunter College, 1966) accomplished his dream of becoming a doctor and by focusing on research of metabolism, malnutrition, obesity, and diet supplements, has helped improve the lives of countless others.

As a student at Hunter College he obtained a degree in chemistry, which he used throughout his entire career. The chemistry degree led him to work in the pharmaceutical industry.

While at Hunter College, Brother Heymsfield joined AEPi in his sophomore year. Initially, he was not interested in the fraternity, but after meeting the Brothers he quickly changed his mind. The fraternity social scene was unusual for Brother Heymsfield and his Brothers made him feel comfortable and helped him adapt to his new surroundings. He served as house manager and exchequer on the executive board for his chapter. “My favorite AEPi memory is the relationships I made with my Brothers. I’ve talked with some of my pledge Brothers recently about how 50 years ago we met and how we have stayed friends since then.”

After graduating, Brother Heymsfield did research in his field which then led him to become a professor. He originally went to medical school and was not about working with patients and the operations that came with it so he soon shifted the educational and research side of medicine.

Brother Heymsfield has taught at various prestigious universities throughout his years as a professor. He is currently a visiting faculty member at Harvard University and has also taught at Columbia University, while currently teaching at the Pennington Biomedical Research Center. The friendships made during his time at Columbia and Harvard have helped him keep his connections while moving south to Louisiana. He has also held positions in his career such as the Deputy Director of the Obesity Research center and continues as the Executive Director of the Pennington Biomedical Research Center. As one of the most renowned doctors in his field, he was a recent guest on the Today Show and Good Morning America while living in New York.

Through his research, Brother Heymsfield has always been interested in human metabolism. He focuses on malnutrition and its prevalence in our society. Most recently, he took to Congress to combat fraudulent diet products and succeeded in getting one off the market. He spoke out on a product that was causing adverse effects such as high blood pressure, heart attacks, and strokes. He lobbied the Federal Drug Administration to get an ingredient banned from supplement products. “The way to tell if a supplement is good or bad is you need to look at all the ingredients, who tested them and if they went through the proper protocol. It even goes beyond that, looking at the labels to see what the supplement is claiming to do. That’s all a part of the supplement review”.

“I would tell the Brothers of AEPi that medicine is a terrific career. Sometimes you may get bogged down on the administrative and insurance end. If you are a physician there are so many different things you can do, such a broad opportunity. I advise everyone to explore this career, I have enjoyed it for 30 years and hope others will too.”