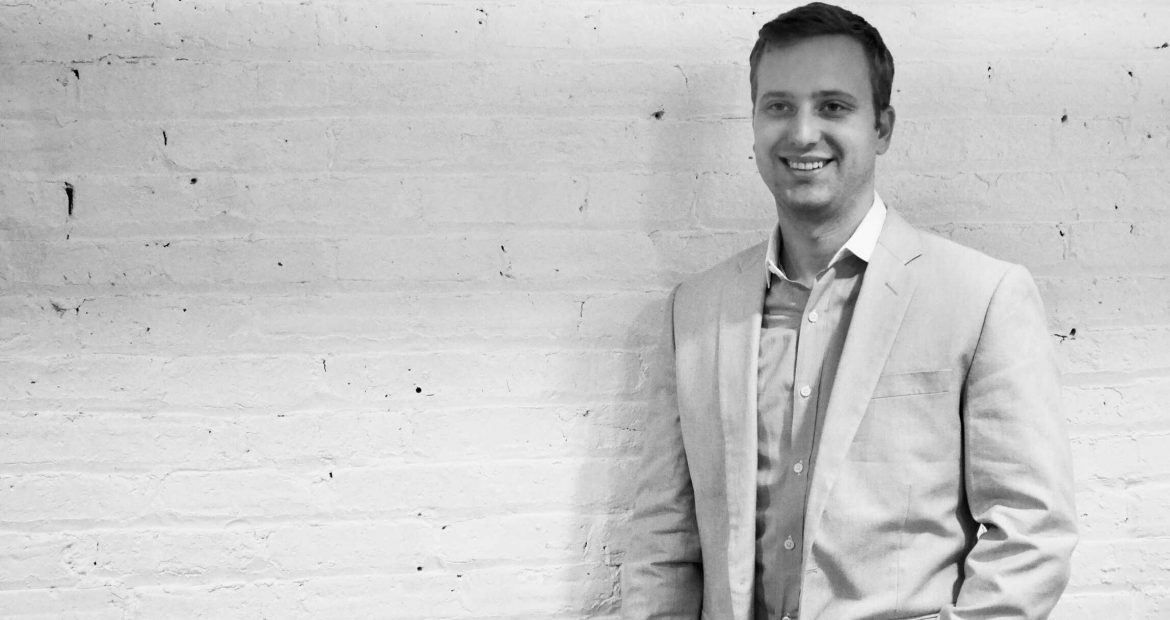 Last January, I wrote in this column about the continued anti-Israel activity and that the rise of more overt antisemitism has become the norm. The ADL reported a 34% rise in antisemitic incidents year over year. This followed a study conducted by AEPi and the Brandeis Center that found that 65% of openly Jewish students on campus have felt unsafe and that 50% actively hide their Jewish identity. It should be no surprise that our students have been placed at the front lines; as they have been with many issues over generations.

Still, I received many questions from our alumni parents and community stakeholders about how Antisemitism is manifesting on campus and wanted to take this opportunity to share what we see.

For the last 10 to 15 years the primary form of antisemitism on campus has been related to anti-Israel speech, political rhetoric, and boycott. Although students and student groups, should be entitled to discourse and even disagreement with Israel, the legitimate political discourse almost always degrades into speech or propaganda which is antisemitic. This can take many forms such as applying double standards to Israel, comparing Israeli policy to that of the Nazis, accusing Jews of having dual loyalty, stating that the very concept of Israel is a racist endeavor, or holding all Jews collectively and individually accountable for the actions of the Israeli government.

The concept of BDS (Boycott, Divest, Sanction) has been pushed by students on campuses who, as part of their strategy, systematically silence Jewish voices and paint the Jewish Zionist narrative with a broad brush. It is an all or nothing approach which dismisses all of the complexities and history of the geopolitical region as well as the diversity of the Jewish People.

When I speak about Israel, I make sure to point out that the relationship that I have with Israel is as complex as the one I have with my country of citizenship, the USA. As an American Jew with deep roots in this country I am constantly in awe that our democratic experiment has been such a success. I am deeply proud that early in its history, Jews were assured religious freedom. I am, as are many Americans, dismayed and concerned by the current state of politics and the difficulty we have when it comes to civil discourse. So too for Israel. As Diaspora Jews we can be deeply Zionist yet carry many opinions on how Israel manages its day-to-day affairs. This is no different from Israelis themselves.

Over the past few years, we have seen a rise in more overt and unapologetic forms of antisemitism on campus. Groundwork laid over the last 15 years by those who touted anti-Israel rhetoric along with a changing political landscape and deep divisions are manifesting in the type of antisemitism we rarely saw in the last 25 years. I began to work on this publication piece just in time to be sidetracked by a week of antisemitic incidents this spring. Some are tied to Israel but others, as you will see are not. Copied below are a week’s worth of antisemitism during last spring.

February 15: A BDS petition circulates at Northwestern University targeting Sabra Humus. The petition applies a moral double standard to Israel, using the terms “apartheid” and “genocidal” because it is a Jewish nation. Likewise, it appropriates hummus as a specifically non-Jewish food, minimizing the cultures of Persian Jews, sabras, Teimanim, Mizrahi, Romaniotes, and other Jewish populations.

February 16: An antisemitic BDS vote passes at the University of Toronto by a margin of 20 votes.

February 18: A photo of a fraternity pledge at the University of South Florida emerges with a swastika drawn on his head. The fraternity that was involved fails to invoke antisemitism in their initial response to the incident.

February 20th: Fliers blaming COVID-19 on “The Jewish Agenda” are posted throughout the University of Illinois campus

This is a glimpse into one week in the AEPi office but, I assure you that there are many weeks just like it. Staff responding to antisemitism and making sure that our students are supported and ready to combat hate on their campuses takes time and resources away from the core education of members and management of AEPi.

Several years ago, I met with a concerned Greek adviser on a campus on the west coast. Her primary concern was that AEPi was not diverse and that they were very actively promoting diversity within Greek organizations. The ultimate point she was trying to make was that it was not ok to be so heavily Jewish and that we needed to allow more non-Jewish members to join. She continued by making points about our chapter being white and said that to be diverse we should include black and Latino students. The discussion was long, rather surreal, and we did not see eye-to-eye. As I walked into the chapter house later that day, I could not help but laugh. This chapter was almost 100% Jewish but included about 50% Persian Jews, most of whom were first generation American. There was more than a smattering of Israelis and also Ashkenazi from various backgrounds. It looked like we had just gathered from all across the globe. I am sorry to say that the Greek adviser, backed by other campus administrators, continued to aggressively push her agenda and her narrative. Over time, as the chapter lost its Jewish essence, it weakened, focused too heavily on social reputation and closed due to risk management issues. Meanwhile, the Jewish students on campus lost access to a fraternity that aligned with their values. Today, we are better equipped to handle those situations and more aggressive in doing so. We will also be back on that campus soon — without participating in the system, without regard for their “rush rules” and as a strong proud Jewish AEPi.

These situations are not limited to that one campus. The book A Passion for a People by Avraham Enfeld details a complex and rich description of what comprises the Jewish people is well outlined but, by contrast, the particular narrative that has grown in popularity is the idea that Jews are a homogenous group of white people who practice a particular religion. The white homogeneity narrative could not be further from the truth and is a dangerous antisemitic narrative. In short, the Jewish people cannot and should not be defined based on the personal mapping of others. Our peoplehood, unlike any other, is based on many factors.

Alpha Epsilon Pi celebrates the diversity of the Jewish people and recognizes the capacity for a singular Jewish peoplehood inclusive of many races, religious practices, ethnicities, skin tones, languages, socioeconomic statuses, nationalities, gender identities, and sexual orientations. We are proud to operate a fraternity where Jews of Ashkenazi, Sephardi, Ladino, Crypto, Mizrahi, Irani, Sabra, Bene Israel, Bnei Menashe, Bene Ephraim, Kaifeng, Teimanim, Karaite, and other backgrounds are welcome along with Jews-by-choice and Jewish explorers. The Jewish people need not be defined in the same ways and with the same methodologies as others and attempts to do so are examples of systemic antisemitism.

On an AEPi board mission trip to Israel in 2009 our tour guide, Tsvi, told us that when people ask where our family comes from every Jew should always “Jerusalem”. “Jerusalem via……”

This past year one of the most shocking antisemitic incidents was the banning of the book Maus in Tennessee schools. As I followed the story and our staff worked with students to engage and counsel, I was struck by the profound words of Matthew Parker:

One thing to watch for when discussing the Maus banning “discussion” is what kind of books are being offered as an acceptable alternative. Because you’ll find, fascinatingly, the ones that they tend to offer as being acceptable:

1) Minimize the violence against Jews;

The Diary of Anne Frank is acceptable because it doesn’t show what happens to Anne, and because it is filled with Good Gentiles doing Good Things. Number the Stars? Heroines survive due to the efforts of GGDGT. Same issues with the Book Thief, same with Boy in the Striped Pajamas, etc…Maus is different. Maus is a story centered on Jews, told in a Jewish way, in which there is horrible violence and no GGDGT to save the day. There is no redemption, there is no salvation, there is only a story so terrible it has to be told and a need to remember.…They take our story, our deeply Jewish story, and file in substitutes that highlight their story.

The fact is that many universities are ill prepared to handle issues related to antisemitism and have no policies or qualified staff on campus. Their immediate reaction to incidents or to requests to include the Jewish narrative often causes them to fill in a convenient set of facts and circumstances. Not true to our experience, rather true to theirs. In an age where DEI (Diversity, Equity, and Inclusion) dialogue and resources on campus and even within the fraternity community is commonplace, the exclusion of Jews and Jewish narratives from the conversations and initiatives is a public exhibition of systemic antisemitism within higher education.

Worse yet, some of the DEI officers themselves have questionable backgrounds when it comes to Jewish advocacy. At The University of Maryland, the DEI officer in charge of the University’s antisemitism task force libelously tweeted that Israel is engaged in “ongoing genocide and ethnic cleansing of Palestine.” I wish that were the only such case but a recent study by the Heritage Foundation surveyed nearly 800 campus DEI (Diversity Equity and Inclusion) officers and found that their social media posts reflect pervasive hostility to Israel.

This fall we sent an advocacy letter to every college and university where an AEPi chapter is maintained. Among other issues that it addresses, we are asking the administrations to be proactive about antisemitism on their campus. The first simple step is incorporation of the IHRA definition of antisemitism into the course of training related to campus DEI, academic faculty, and student conduct.

AEPi will always push back against antisemitism and will advocate for the Jewish people. Our Brothers will always work on their campuses and in their communities to form the positive relationships that combat the negative messages. The best way to combat antisemitism is simple. We have to exist and to thrive. AEPi continues to exist and thrive, providing a safe peer group, mentors, and homes for our students on college campuses. Our Brothers stand strong against hate and their Jewish pride will not waver, no matter the adversity that they face.

When Brothers of AEPi come together, they ensure that the nation of Israel will live.