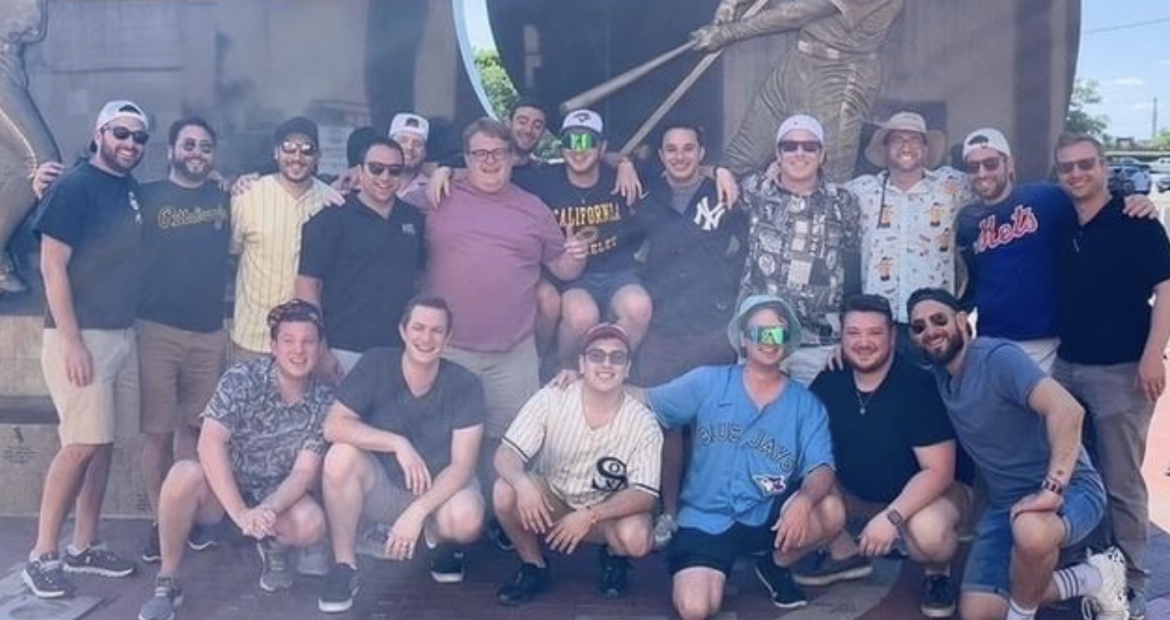 With #AEPi109 right around the corner, we’re taking some time this week to introduce the 2022-23 chapter services team who will be working with our chapters to grow and prosper during the coming year. As mentioned in last week’s Rob’s Report, AEPi International has hired several new Regional Directors this year to provide chapters with more seasoned guidance.

As anybody who has worked for AEPi “on the road” as a field secretary, chapter consultant or educational leadership consultant will tell you, having the opportunity to help AEPi chapters and Brothers fulfill their potential is the best job in the world. Thank you to this year’s staff who have dedicated their lives to improving AEPi! Take a minute to learn a bit more about this year’s staff and, if you’re at #AEPi109 next week, make sure you reach out to the staff members who will be working with your chapters or in your region! 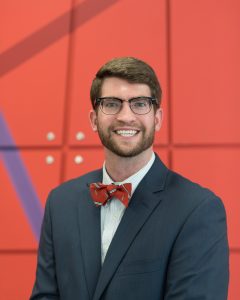 Outdoor adventures are always a must in the Bigman family, Brother Grant Bigman (James Madison, 2012) and his wife love hiking and kayaking with their dog. On top of that, they both enjoy trying local breweries and supporting small businesses in their area. Brother Bigman graduated from James Madison University in 2012 with a communications degree and a concentration in public relations. He is rejoining the AEPi staff as the Mid-Atlantic regional director, overseeing chapters in North Carolina, Virginia, and Maryland. Previously, Brother Bigman worked as an Educational Leadership Consultant and Director of Chapter Services. He is ecstatic to rejoin staff and looks forward to the future of the Mid-Atlantic Region. 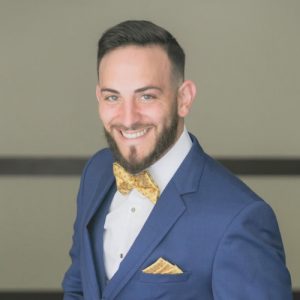 Born in Buenos Aires, Argentina, Brother Martin Volinsky (FAU, 2012) moved to Boca Raton, Florida where he spent his entire childhood leading up to college. He then stayed in Florida and attended Florida Atlantic University. Brother Volinsky will now be taking on the role of the Florida Regional Director where he will be overseeing the Florida area chapters. When not working with his chapters, he enjoys playing soccer, content creation, and traveling. Before joining the fraternity staff, he was a volunteer at the FAU chapter for five years. Brother Volinsky is very excited to join the fraternity staff to oversee Florida. 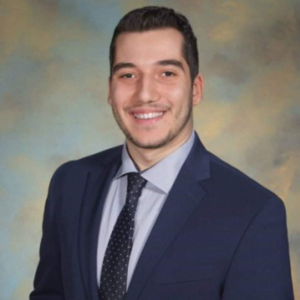 Making sure our undergraduate Brothers continue being great leaders in their communities, helping them have all the resources they need to continue prosperity at their schools, and, most of all, making sure our AEPi chapters are at the forefront of combating antisemitism, are Brother Tomer Kornfeld’s (Brooklyn, 2017) goals for his new position of Northeast Regional Director. Brother Kornfeld was born in Brooklyn and attended his home town Brooklyn College for his undergraduate experience. He is joining the fraternity as the Northeast Regional Director overseeing chapters in parts of New York, Connecticut, Massachusetts, Rhode Island, and Vermont. Outside the fraternity, he enjoys reading, watching baseball, keeping up with recent technology, and going on adventures with his wife and their dog. Brother Kornfeld is excited to join the fraternity on staff for the first time. 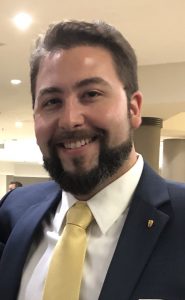 Brother Matt Cohen (Kent State, 2011), was born and raised in Pittsburgh and attended Kent State in Kent, Ohio. He worked for the fraternity from 2012-2014 as a Member Services Director, Program Manager, and Educational Leadership Consultant. Now, he’s returning to staff to take on the new role of Regional Director of the Ohio Valley Region. This position oversees Western Pennsylvania, West Virginia, Ohio, and Michigan chapters. Outside the fraternity, Brother Cohen enjoys many things including baseball, Marvel and DC comics, bar trivia games, and history. 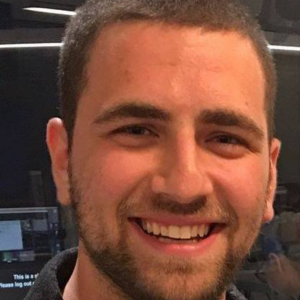 Originally from Cleveland, Ohio, Brother Brett Musick (Cincinnati, 2015) attended the University of Cincinnati. There, he received his master’s in Jewish Professional Studies from the Spertus Institute for Jewish Learning and Leadership. He now lives in Chicago and has worked with BBYO for the last five years with the Great Midwest Region (Chicago area). Brother Musick is nowjoining AEPi staff for the first time as the Regional Director of the Midwest chapters. He will be overseeing Illinois, Wisconsin, Iowa, Minnesota, and parts of Indiana. In his free time, he loves spending time with family and friends, playing board games, Nintendo Switch, watching tv and movies, running and all the outdoors has to offer. 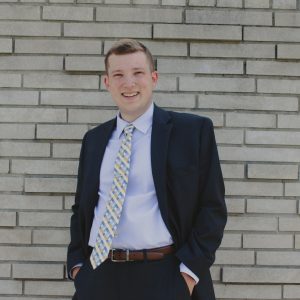 Consulting chapters on how to maximize success on campus, leading educational sessions, professional development for upperclassmen, alumni networking, engagement, and volunteer work are all Brother Ian Scheiman’s (Chico State 2019) goals as the Associate Regional Director for the West Coast Chapters. Born and raised in San Francisco, he attended Chico State for his undergraduate years. Outside the fraternity, Brother Scheiman has many hobbies such as cars, computer building, and drone photography.

Growing up on Long Island, Brother Alex Berman (Towson, 2018) attended Towson University where he was an active Brother in AEPi’s Tau Mu chapter. He worked for the fraternity as an ELC from 2018-2020 in the Pacific Northwest and Southeast regions. Brother Berman will be taking on a new role in the fraternity as the Associate Regional Director of the Southern Region. Outside the fraternity, Brother Berman loves to travel, admire designer cars and work on technology.

Brother Adam Simha (Cincinnati, 2018), grew up in Cincinnati and attended the University of Cincinnati. Since college, Brother Simha has worked for the fraternity in many different roles. From 2018-2019 he served as the Appalachian ELC where he started the colony at the University of North Carolina- Charlotte. In 2019, he piloted Esponda’s regional manager role with Tyler Corsello. The new role Brother Simha will take on is the Campus Director of the Beta Iota chapter at Indiana University. This includes helping the chapter with housing, chapter services, professional development, Jewish identity, and much more. Outside the fraternity, Brother Simha enjoys playing and watching baseball, plays guitar and bass, and loves everything the outdoors offers. Brother Simha is excited about his new role with the Beta Iota chapter for the upcoming school year. 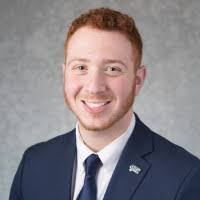 Born and raised in Bloomfield Hills, Michigan, Brother Morgan Mattler (Grand Valley State, 2020) attended Grand Valley State University graduating with a degree in economics and political science. In the coming year, he will be taking on the role of AEPi’s Director of Expansion . He will be working strategically to establish and re-found new AEPi chapters around North America. Outside the fraternity, Brother Mattler loves reading, running, playing tennis, listening to all genres of music, and traveling. Brother Mattler is very excited to start and revamp our chapters across the country. 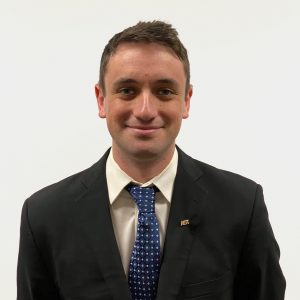 Brother Idan Mualim (Toronto, 2021), was born in Israel and shortly after moved to San Diego. He then went north to Canada and attended the University of Toronto. Brother Mualim graduated as a human biology major with a double minor in immunology and bioethics. He is continuing his role as an Educational Leadership Consultant for the Canada and New York chapters for a second year. Outside the fraternity, he has many hobbies such as rock climbing, video games, and other outdoor activities. Brother Mualim is very excited to continue his service to the fraternity in the coming year. 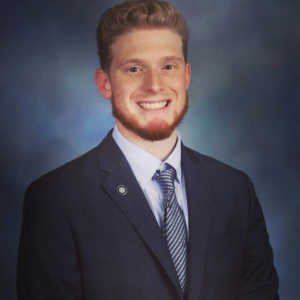 Brother Dylan Kassman (Alabama, 2021), grew up in Tucson, Arizona, and attended the University of Alabama. Brother Kassman is joining the fraternity staff for the first time as an Educational Leadership Consultant, working all over country helping other consultants and directors. Outside the fraternity, Brother Kassman is an avid sports fan loving baseball, basketball, hockey, and football. He is an avid fan of the Yankees, Knicks, Alabama football, NY Giants, and NY Rangers. Brother Kassman also enjoys fantasy football, where he regularly compiles a championship roster. 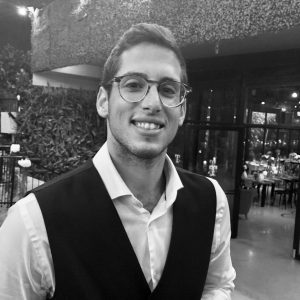 Brother Sani Salcum (Reichman, 2017) is continuing his service to AEPi’s chapters in Israel and the U.K. Based in Israel, Brother Salcum works with our burgeoning chapters throughout Israel and, now that travel restrictions are somewhat easier to navigate, will be working to rebuild chapters throughout Europe, as well. When he’s not meeting with Israeli Brothers — or North American Brothers who are in Israel temporarily — Sani can be found on the beach, surfing, reading or sailing.