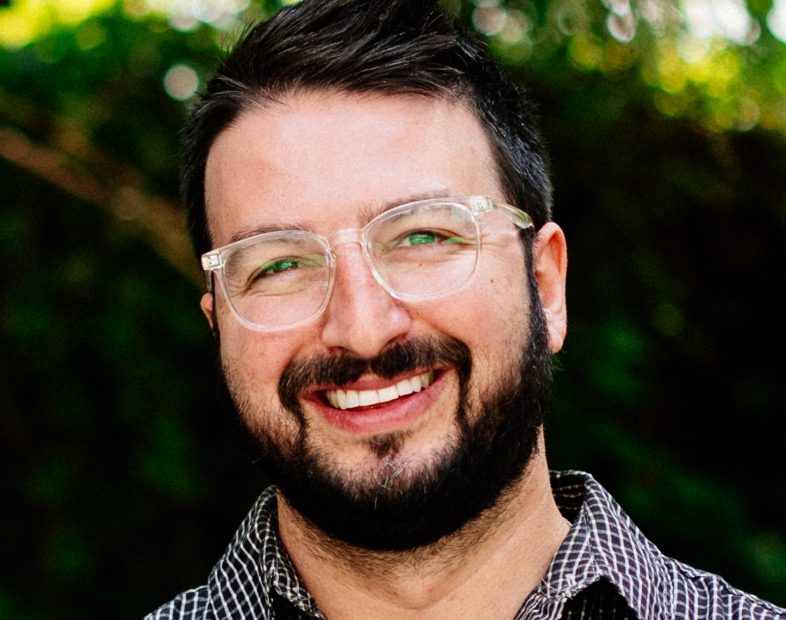 As far as philanthropy is concerned, a little can go a long way. Brother Micah Mador (CU-Boulder, 2014) serves on the board of directors of Pledge 1% Colorado, a nonprofit organization that helps companies give 1% of their equity, product, profit, or time back to the community. One percent may not seem like a lot, but it definitely adds up.

Growing up in Sacramento, California, Brother Mador had a pretty standard, conservative Jewish upbringing. He attended synagogue, went to Jewish day school until 3rd grade and went to public school with a bunch of other Jewish kids. He also did United Synagogue Youth (USY) growing up. “I was very culturally jewish, not so deeply religious but we still hosted all the big holidays.”

At the University of Colorado-Boulder, Brother Mador studied operations and information management at the business school. “I figured that if I was fluent in the language of business, I could find work at any organization or company after college.” As a freshman he sought AEPi out on campus pretty early. He enjoyed seeing the chapter grow from the four bedroom house that four Brothers lived in his freshman year, to an eight bedroom house, and finally to a 33 bedroom house where 30 of them lived. “That trajectory from a tiny house and tiny Brotherhood to a larger one was pretty cool to see and be a part of building.”

Brother Mador served the chapter as social chair, vice president, and chaired several committees. Having accountability and doing what you said you’re going to do are all things that Brother Mador has learned from AEPi. “It’s all about relationships…that was the key learning in college whether it was the business school or AEPi.” Some of his favorite AEPi memories were events like Hookah in the Sukkah and climbing 14ers (mountains that are above 14,000 feet) as a brotherhood.

Pledge 1% Colorado started as an experiment in Boulder by a company called Rally Software that wanted to figure out how to give back to their community before an IPO. They wanted to make the community a stakeholder in their business and wanted to reinvest in the community. They created a foundation through the local Community Foundation of Boulder. Brother Mador became a board member at Pledge 1% Colorado at the age of 23. “There are now over 250 companies –  just in Colorado – that have decided to pledge 1% of their company or founder equity, product, profit, or time.” Now, Pledge 1% has grown into a global organization with thousands of companies big and small around the world that have pledged 1%.

The Foundry Group, a venture capital firm that Brother Mador worked at for 5+ years, pledged 1% of its carry (profits) and has given over $1 Million back to local nonprofits in the past 10 years. For example, in 2013 following a bad flood year in Boulder, Foundry channeled some of its giving via pledge 1% to United Way to help with flood relief. “They were able to mobilize really quickly to help essentially make a program happen that was on the brink of not having enough funding.”

Not only have these companies pledged some of their funds but also their time, organizing “Tech Gives Back” events where the startup community would engage in activities like cleaning up local parks and trails and volunteering at non profits in their community that create kits for schools or provide locally grown food. “When the businesses show up at an understaffed non-profit with 25-50 people who are ready to volunteer, it makes a meaningful impact.”

Brother Mador has also been involved with philanthropy outside of his work with Pledge 1% Colorado being on the founding board of B Local Colorado, a volunteer led group of B Corp companies in Colorado. At his wedding, Brother Mador and his wife Hannah decided to forgo a registry and created a donor advised fund (“The Giving Chai Fund”) through an organization called Impact Charitable to engage in philanthropy as they started their life together.

“Nonprofit and for-profit are not mutually exclusive. You also don’t have to wait until you have a bunch of money to start giving back.”

“AEPi has a very special place in my heart. It is a place for young adults in college to be themselves and have a community, from the weirdest Jewish kids to the coolest Jewish kids on campus and everything in between.”

Are you a CEO or founder of a company interested in giving back or perhaps getting credit for already doing so? Check out pledge1percent.org and take the pledge or shoot Brother Mador a message to learn more or just say hi at [email protected].