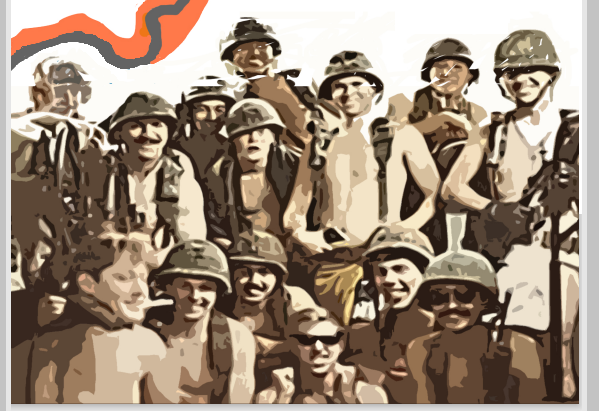 While many veterans try to suppress their war time experiences, Brother Dennis Klein (Maryland 1965) has embraced his past and chosen to share it with the world. He has written the book “Unremembered Victory” about his war experience in the Korean Demilitarized Zone (DMZ).

Growing up in Maryland there was a large Jewish community that came together in Brother Klein’s area. He attended Hebrew school and had a bar mitzvah. He didn’t attend services a lot, mainly for important holidays. After normal school he would go to Hebrew school.

Attending University of Maryland, Brother Klein decided to go to college in the community where he grew up. At the University of Maryland he majored in civil engineering and was interested in city planning. He joined AEPi, and had an amazing undergraduate experience. “We used to go about six miles off campus across the state lines, we would be out having an amazing time until the fog rose in the morning, those were some of my favorite memories with my Brothers.” Besides having fun with his Brothers, he noted that his chapter was mainly about networking and developing social skills to use in the future.

After college, Brother Klein moved to California for a new adventure. There, he was drafted into the Korean conflict. “I was the only Jewish officer I ever met. Jews were not very well represented.” During his time in the army, he served as a combat engineer in the 2nd engine battalion. “I had an amazing time in the army, once I was commissioned, it was the best 21 months I’ve ever had”. During the nearly two years, he surveyed part of the DMZ that was the 150 mile border between North Korea and South Korea. “There were huge conflicts all along the line between North and South Koreans. They were really getting ready to invade. They were testing each other, prodding each other.” Brother Klein remembers after the USS Pueblo spy ship was captured, there were bullets flying up and down the DMZ, day and night, with massive troop movements.

Many of us dream of showing the world our past experiences through writing, Brother Klein fulfilled that dream. His book – “Unremembered Victory” about 4,000 army GI “nobodies” on the Korean DMZ who faced an enemy 200 times their size – was published in August of 2018. “Finding a way to share the unknown story of so many men is what drove me to write this book”. Brother Klein wants to make sure this is not forgotten, because so many people already have.

To learn more about Brother Kleins experiences, his book is available on Amazon.

Alpha Epsilon Pi would like to thank Brother Klein and all of our Brothers who have served on behalf of their countries in defense of freedom.