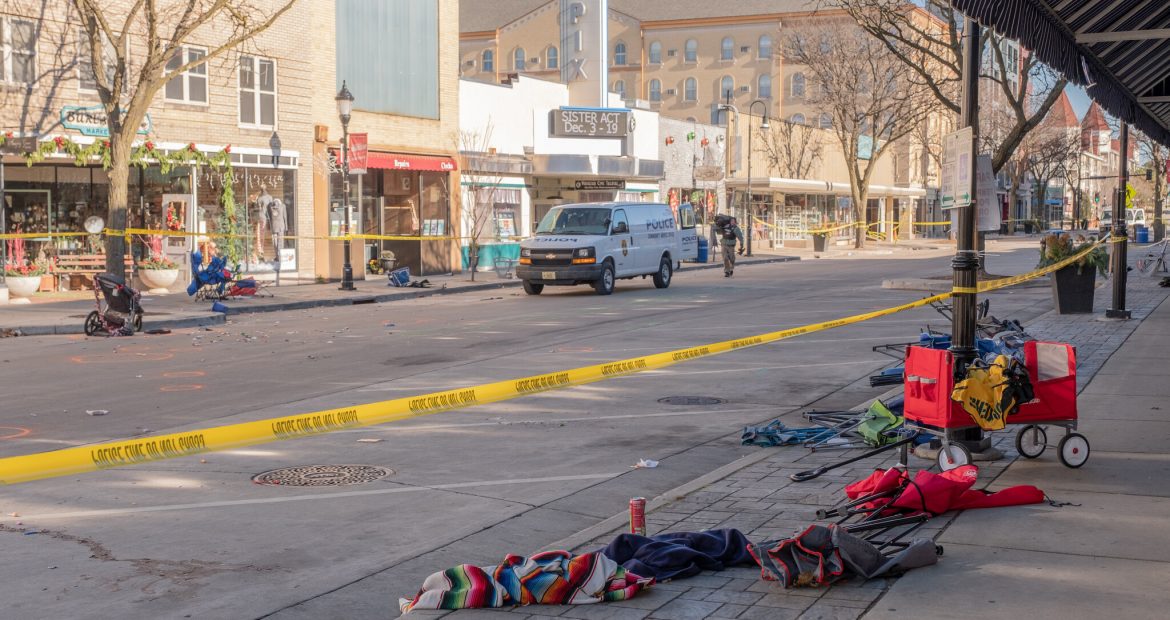 (Editor’s Note: Brother Andrew Neiberg and his family were with Supreme Governor Michael Waitz (DePaul, 2009) and his family at yesterday’s Fourth of July parade in Highland Park, Il along with scores of other AEPi alumni and family members. Brother Neiberg wrote this first-hand account of the shooting and the immediate impacts on his family. To our knowledge, no one in the AEPi family was hurt at the parade but, given the community, it is almost certain that many AEPi Brothers have a connection to someone who was hurt or killed. May G-d heal the injured and grant comfort to the mourners and may he help us to repair the damage done to a community near to our hearts.)

I’m still in shock 24 hours after the events of the Highland Park Fourth of July Parade. We were walking in the parade with my kid’s Jewish summer camp, Z Frank Apachi Day Camp. For about 45 minutes before the parade started, we were in the staging area just hanging out with the other camp families. Walking with us was Supreme Governor Michael Waitz and his family, and one of the camp’s staff members, Jaden Pazol, the current Scribe at the Delta chapter at the University of Illinois. Slowly the parade groups starting moving and heading for the route. The kids grabbed their candy bags and the biggest concern on my mind was making sure they wouldn’t be hurling Starbursts and Dum-Dums at the crowds of people. We were about 10 minutes behind the parade leaders and had barely made onto the route when I found myself walking with Jaden. My wife was to the side of me, but not close enough, with my middle child, Beckett, and I was pushing my youngest, Olivia, in a stroller. My oldest son, Camden, the most enthusiastic, was leading our parade group with our camp’s director and her daughters, about 30 feet ahead of me. 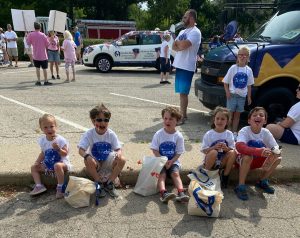 Shortly before the July 4 parade began, the families of Brothers Waitz and Neiberg met up to march together.

It was at this point that the sound of firecrackers was heard amidst the celebration. None of us thought twice until a wave of parade participants and spectators came running in our direction. I immediately grabbed my daughter out of the stroller and rushed to the sidewalk. Through the crowds of people, I saw Liz screaming that she didn’t have Cam and he was still in front of us. I told her to take Beckett and run back. The mayhem along the sidewalk continued. People were still confused as to what was going on. I stood looking around this crowd for my son with no idea about how I would find him. I recall people still sitting in their folding chairs almost being trampled. People were screaming and running in the street, saying “shooter, shooter.” It is in a moment like this that you can’t help but feel completely helpless. I saw the other families pass by and run to safety, asking to make sure everyone had each other and if they saw Cam. I would say no more than three minutes went by before I saw Jaden along the sidewalk helping people and Stacy, our camp’s director, running in crouched position covering her two daughters and Cam.

There was a split second of relief because we had found him, however I’ll never be able to forget the look on his face: crying eyes behind his sunglasses, mouth open to let out the screams of fear. Jaden grabbed him immediately and passed him to me. We made sure Jaden’s dad was also behind and starting to move back quickly.

Some parade organizers and officials began screaming “GO HOME” to the crowds. People were congregating in random places to find their loved ones. My wife’s parents were waiting along the parade route to see us. I told Liz to call them immediately. Thankfully, they answered, and both were unharmed but they were right where the shooting took place. They hit the ground quickly and eventually ran past windows with bullet holes and blood on the ground. We then called the Waitz’ to make sure they were accounted for and some of the other families we got separated from.

It was a challenge to just get back to our car. I was carrying Olivia and Liz was holding onto Beckett. Cam, our only child who understood what was happening was running ahead screaming, “WE HAVE TO GO! THEY’RE GOING TO GET US!” Trying to keep everyone together, we finally made it back to the car and headed out. People were still hiding behind cars or running away from the scene…mayhem continued. It was a horrifying ride home. We were making and receiving text messages and phone calls to and from all our friends who were at the parade. My wife in tears over what had just taken place.

The shock has yet to fade and I am still processing the events of yesterday. I am trying to be as supportive as possible for my family  Two of my kids slept in our bed last night and we will be answering questions about this for a long time.

In the aftermath, the continuous circle of check-ins from our family and friends has been supportive and helpful. I’m grateful for all the love and support from our fraternity Brothers who have checked in, as well. I am telling this story and writing today because I want each of you to cherish your families tonight. I want each of you to tell your fraternity Brothers you love them.

I am a graduate of Marjory Stoneman Douglas High School in Parkland, FL, as well. And, not that it needs repeating, but if Parkland and Highland Park can fall victims to this sort of senselessness, it can and will happen everywhere. I am done not using my voice. I will start today with this piece. Let’s all start right now by not taking for granted the people around you who love you. I am grateful to my friend, Michael Waitz, and his family. I am grateful for Jaden Pazol being right next to me through this tragedy. I am grateful to my wife for being the strong and supportive woman she is.

« VOICES: I Never Thought I Would Be a Role Model Because of Who I Am
Brother Jason Israilov (Michigan State, 2022) »