VOICES: I Never Thought I Would Be a Role Model Because of Who I Am 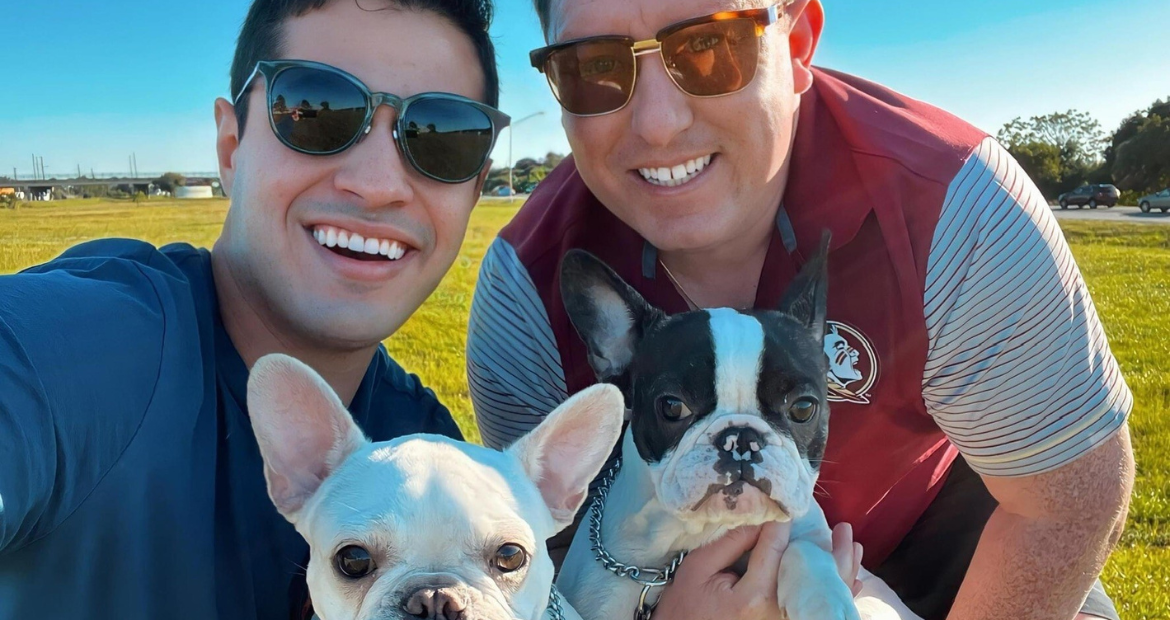 (Editor’s Note: AEPi wraps up pride month with this amazing article written by AEPi’s Supreme Master-Elect, Scott Knapp. Pride is an AEPi value. And, we’re very proud of Scott’s honesty and courage to pen this piece.)

On August 13th, I will be installed as the 76th Supreme Master in the 109-year history of Alpha Epsilon Pi. I cannot wait to assume the chair and have the opportunity to lead our amazing fraternity. I look forward to reuniting in person with so many Brothers and also having the opportunity to meet many more at our international convention in Miami.

About a year and a half ago, I met someone by pure coincidence, initially through an incident on a golf course. And, later through a series of unexpected events, we ended up going to a hockey game together. We became friends. We fell in love. Somewhere along the way I understood that I was gay and maybe had been my whole life. I just hadn’t truly realized it until I met Roberto.

I had never dated another man. Throughout college and since graduation I dated women, but none of them really fulfilled me. It was more than just the sexual nature of the relationship – I never truly felt connected. I just assumed that I hadn’t met “the one.”

Someone once said that love is often found when you’re not looking for it. Boy, was that true for me.

Once I realized that I was in love, I rediscovered myself. I felt myself smiling more. I knew that the world has changed a lot over the years and our culture is obviously much more accepting of same sex relationships. The generational shift has also brought more tolerance and acceptance, and we’ve hopefully gotten past most of the bigotry. Yet, I still had fears and needed to find a way to celebrate my love knowing that there would still be some people who may not approve.

I decided to come out organically. Early on in my relationship, I introduced Roberto to many of the people closest to me, including my sister who lived down here (in South Florida) and my little Brother in the fraternity. He had known me since our days together in the Phi Tau chapter and very quickly after meeting Roberto, figured out that we were in a relationship. He was very supportive. I was relieved that he was so accepting so quickly but I shouldn’t have been surprised. My fraternity Brothers have always been there for me.

Social media was also an avenue for me to show more people that I was in a loving relationship with a man without having to send out an email blast to everyone that said, “Hey everyone, I’m gay.” People naturally saw more and more posts of Roberto and me together, along with our twin French bulldogs, Mac and Brie, and started asking if I was dating Roberto.

One of those Brothers I also confided in was Supreme Governor Michael Oxman. He has introduced me to and helped me navigate the resources available to me for information and guidance. Michael was one of the founders of the AEPride Facebook group for AEPi Brothers who self-identify within the LGBTQ community along with allies, which has been a great place for Brothers to get support over the years.

Stephen Liebowitz, one of our chapter advisors, and his fiancé Courtney, introduced me to Rabbi Lyle Rothman, who they knew from his time at Hofstra’s Hillel. Rabbi Rothman recently moved down to South Florida to work at University of Miami Hillel. Through Rabbi Rothman, I was also connected with Rabbi Adam Gindea, a Brother who graduated from Columbia University and now runs Base Miami. Both rabbis have been a tremendous resource to speak with about the relationship between my Judaism and being gay.

Rabbi Gindea is currently working with Roberto on his conversion to Judaism. Having a Brother to talk with – having that immediate common connection – allowed us to bond quickly and it has been so helpful to have a Brother at the heart of this process.

He also has helped me to understand how Jews view homosexuality. I’m proud to tell you that the lessons he taught have always been at the heart of my AEPi experience. We believe that all human beings are fashioned B’tselm Elohim, in the image of G-d. Therefore, it is wrong to treat anyone without dignity, no matter their gender, race, sexual orientation or religion. I learned that as a kid in Hebrew School, was reminded of it through AEPi and live it every day today.

I never said that I wanted to be the first openly gay Supreme Master but, as we say — hineni –here I am.

Now, soon to take on the role of Supreme Master, I’m hopeful that I can help other Brothers who are struggling with their identity by engaging with them and opening up a conversation. The International Fraternity is also working on a lot of programs to help support our undergraduate Brothers with mental health resources, and I believe conversations about love and acceptance are an important component of that. Many times, undergraduates are having their first real relationships while in college and they need their Brothers for support. Maybe we don’t say it often enough – I Am My Brothers’ Keeper. It is our responsibility to help.

Love is Love. Brotherhood is Love.

I’m proud to be a Brother of Alpha Epsilon Pi and thankful for the way my fraternity has supported me.

Pride is a good thing. 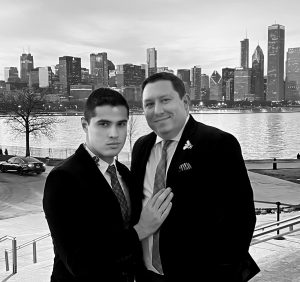