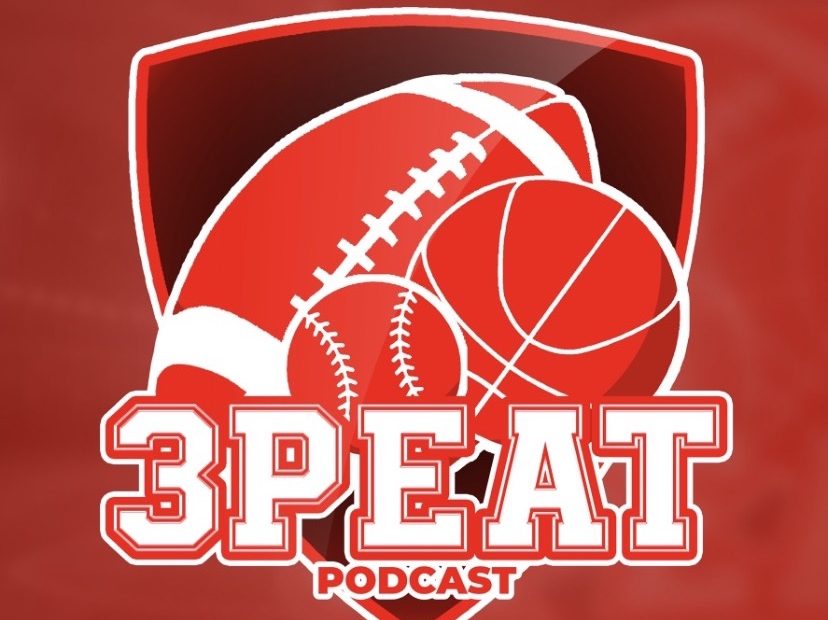 Hockey superstar Wayne Gretzky once said, “You miss 100% of the shots you don’t take.” Sports enthusiasts Brother Alex Kassel (Hartford, 2021) and Brother Josh Fromowitz (Hartford, 2021) are taking a shot in the sports broadcasting world with the 3Peat Podcast. From the silver lining of COVID-19, they made good on their shot at running and producing a podcast over Zoom.

The two had different Jewish upbringings. Growing up in Wayne, New Jersey, Brother Kassel never had the experience of joining Jewish youth groups. He wanted to find a Jewish group and a Jewish community when he joined college. On the other hand, for Brother Fromowitz growing up in New City, New York, having a Jewish identity was always important to him. He was active in Jewish youth groups and Jewish summer camps his entire life.

“Before college, fraternity life was not something that was on my mind. Not too many people in my family had been in fraternities or sororities, so I didn’t know about it. I knew that I wanted a solid group of friends. I didn’t really have too many Jewish friends,” said Brother Kassel.

Brothers Fromowitz and Kassel both majored in Digital Media and Journalism at the University of Hartford. They became roommates when Brother Kassel’s roommate left. “When I was meeting these Jewish guys at the beginning of my college career, they happened to be Brothers of AEPi. I got to meet a lot of great Jewish people. I also got the aspect of the Brotherhood,” said Brother Kassel. They eventually got their bids and were new members together. Brother Fromowitz served as Rush Chair and Brotherhood Chair. Brother Kassel as Lieutenant Master twice, and Master for a semester.

As part of their majors, Brothers Kassel and Fromowitz were beat reporters for the local hockey team, Wolfpack, the minor league affiliate of the New York Rangers. “We would once a week go to a hockey game, instead of being in the classroom. We would write stories, make podcasts, and hopefully interview players. Being a sports fan my whole life made this dream come true,” said Brother Fromowitz. Then, the pandemic started and hockey came to a halt. They were still making podcasts to fill the credit but it wasn’t the same as being in the XL Center in downtown Hartford. Brother Fromowitz and Brother Kassel were working in a group with a friend (Steve) from class and wanted to keep it going because they loved talking sports.

“So we talked about it and were like, what’s something going on right now? What’s something we can elaborate on? This was around the time of when the Last Dance documentary was coming out. So why don’t we start off this podcast with each episode being dedicated to one episode of the show, and that was kind of our test run,” Brother Kassel said.

Taking skills that they learned from class, Brother Fromowitz, Brother Kassel and Steve started to make plans about distributing this on a platform. After finishing the Last Dance, they continued to cover sports, even bringing their journalism professor on as their first guest. Gaining even more momentum they partnered with Wildchat Sports. “Like us, they are a social media, sports and entertainment podcast. They get celebrities to promote their clothing line, and their blogs. We’re very fortunate to be partnered with them,” said Brother Fromowitz. Listeners tune into their podcast from different countries, including Israel.

Brothers from all across the world have been supportive of the 3Peat Podcast. “Brother Jacob Nemeth (Hartford, 2019) has shown dedication, always giving feedback immediately and just shows that he would do anything for a Brother so shout out Jake,” said Brother Fromowitz. Other Brothers listen to their podcast, not only from their own chapter but from other chapters around the country and Brothers they meet at conclaves. Brother Fromowitz and Brother Kassel enjoy getting feedback from their listeners on social media and via text. “Being in AEPi, being Jewish, and having those listeners, probably from AEPi, listening is one of the coolest parts of the podcast,” said Brother Fromowitz.

Two years in and on their fifth season, they’ve had some big name guests like the Giants superfan Joe Ruback (also known as the License Plate Guy) and Coach John Mosely from the Netflix show, Last Chance U: Basketball. “Having (Coach Mosely) on, listening to his story and getting the behind the scenes of a Netflix hit show was one of the coolest experiences I ever had,” said Brother Fromowitz. “As a sports fan you dream of meeting people in the industry whether it’s a player, a coach or manager but you never think it’s going to happen until it’s done,” said Brother Kassel.

Virality has become a big part of hot take sports shows, but for 3peat, it’s a different story. While big network shows like First Take take every side of an argument just for viewership and ratings, 3peat expresses their genuine opinions. They don’t care if it goes viral or not, they just enjoy talking about sports. “We have such a great flow between the three of us. We don’t care if it’s controversial or not. We’re just going to speak our minds and have a productive conversation,” said Brother Kassel.

Without any real big ambitions or goals for the podcast, the Brothers on 3peat simply enjoy making the content. “If you’re a dedicated sports fan and have basic knowledge of podcasting in general, just go for it. The best way to get involved in this industry is to put yourself out there. We took some podcasting classes and some classes on recording. We didn’t really have everything we needed. We just had the passion and combined knowledge. You can figure out the rest,” said Brother Kassel.

“If you and your friends have a passion for something and love talking. Whether that be news, entertainment, music, sports, anything, then just go for it,” said Brother Fromowitz.