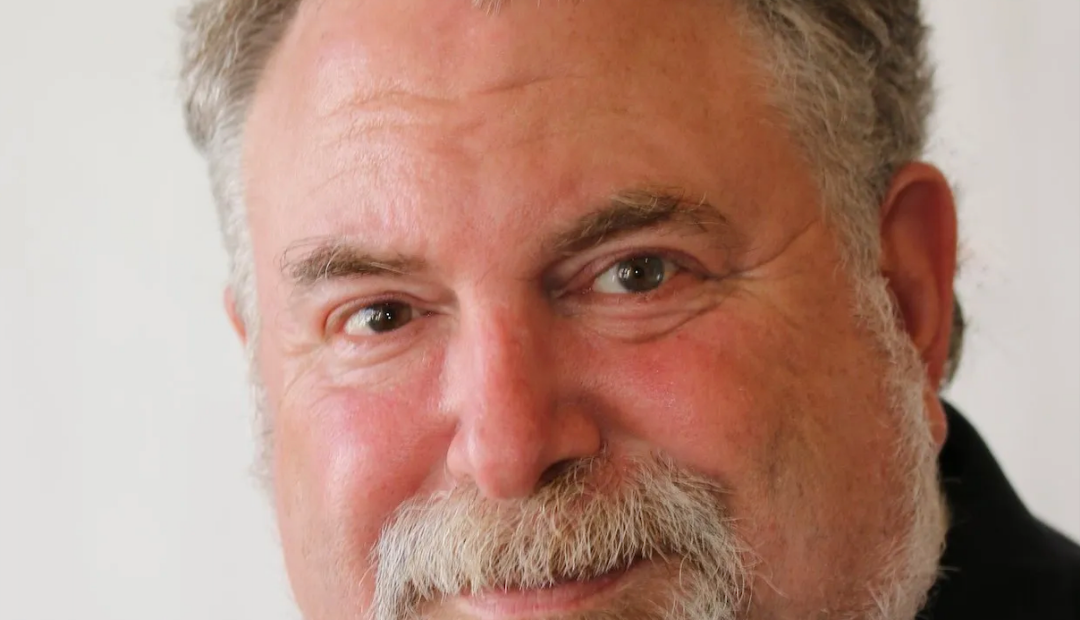 Whether we like it or not, we’re all getting older and that’s not going to change. What we can control is how we prepare for when we, or our loved ones, get to an elderly age. Brother Herb Weiss (UT Austin, 1977) has written over 826 articles on aging, health care and medical issues. Over 42 years of writing on the subject, he has won awards, including the 2003 AARP Rhode Island’s Vision Award, the 1994 & 1999 National Journalism Awards, and awarded the Distinguished alumni award by North Texas State University (now referred to as University of North Texas.

Even though he majored in psychology at the University of Texas-Austin with a social work certificate, Brother Weiss never focused on aging while in school. “Sometimes when you go to college and you get an education you don’t always fall into what you studied.” Initially he attended the University of Oklahoma from 1972-73. His brother, Brother James Weiss (UT Austin, 1977), went to the University of Texas and joined AEPi. So, Herb transferred to Texas and joined AEPi where he served as House Manager. He learned how to run the house and it taught him how to maintain the chapter house, how to take on responsibility, as well as how to get along with everyone else in the chapter.

AEPi also provided him with lessons in organizing charity and social events and teamwork. “You had a diverse group of guys who were totally different from different cities. You had to learn how to get together and to make sure everybody was on the same page to accomplish a group goal.”

After college, it was difficult for Brother Weiss to find a job because the economy was bad. His friend came back from the Navy and he asked if Brother Weiss wanted to get a Masters in aging. Never intending to go into the field, Brother Weiss thought it was interesting and ended up applying, and got accepted. “I was one of the last classes in my department to get a Federal Administration on Aging Grant to pay for my schooling.” He started writing on aging, health care, and medical issues in 1980.

That year, Brother Weiss went to Washington DC to do an internship at the Hebrew Home of Greater Washington with Sam Roberts. He stayed in Washington for 13 years, working for several national newsletters, the Health Facilities Association of Maryland, a nursing home trade group and a U.S Senator. He saw an ad in the Washington Post for an editor position for Brown University’s LTC Quality Newsletter, but the job required that he move to Rhode Island. After some ambivalence about applying, he applied, had three interviews and got the job. That’s when Brother Weiss moved to Providence and finally to Pawtucket.

Brother Weiss has been writing ever since and is up to 826 freelance articles. He has compiled two books of his articles. “The whole name of the game is taking charge and control of your life. It is planning what is going to happen to you as you age. Everybody is going to have to deal with caregiving issues, either for their parents or grandparents or for their spouses or themselves.” He encourages Brothers in their 20s and 30s to start planning for their later years. “It’s more affordable in their 20s versus when they get it in your 60s or 70s to purchase long term care health insurance. My book is so totally appropriate to all my Brothers in AEPi, especially those younger than 50.”

Brother Weiss has covered a wide range of subjects when it comes to aging, from research to personal experiences. He has articles about pre-planning funerals, wills, health care proxies, whether you want the plug pulled or not, and power of attorney. He writes about about his asking the Texas Department of Motor Vehicles to take away the keys from his mother suffering from dementia and going to the funeral home with his father to plan his fathers funeral. “It’s empowering to know that you’re not alone in this.” He has written articles for two daily newspapers, the Pawtucket Time and Woonsocket Call, RINewsToday, a state-wide news site and pens the cover story for Senior Digest, a monthly publication for older adults. He founded a monthly senior paper called Senior Living, which is now called Prime Time. He has also had an impact on living at the city, state, and national level.  “Coming up here to Rhode Island, I’ve had a pretty good impact with aging, through my advocacy writing.”

Brother Weiss’ recommendation for up and coming writers is to develop a specialization. He also recommends posting a regular blog. Eventually, he suggests compiling those blog posts to create a book.

Aside from his work in aging, Brother Weiss has worked for the City of Pawtucket in economic development. He never had an educational background or training in economic development, but he had transferable skills that helped him. He helped start the Pawtucket Arts Festival (PAF) and established a 307 acre Arts and Entertainment District, later receiving PAF’s inaugural Medal of Excellence Award in 2015.

Forty five years later, Brother Weiss still has fond connections and memories of AEPi. “Bill Rubinsky (UT Austin, 1975) sends out a newsletter regularly with pictures of people traveling or major events in people’s lives. The fraternity experience impacts people in a lot of different ways. A lot of people kept close with two or three people. I’m just sort of out of the loop being here in Rhode Island.”

“You forge friendships. I haven’t seen some of these guys in 45 years, but I’m still connected to them by that experience.”

“These are memories of college and the experience of that time that you will never forget. You can get together with these people for hours if they ever come to town. You can remember the stories like they happened yesterday.”