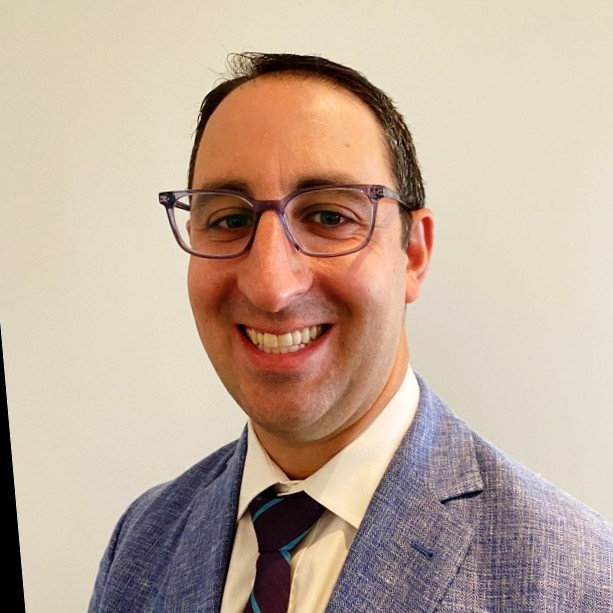 For Brother Noah Allen, the journey from AEPi to his new venture is all about connections

In this day and age, having professional connections and relationships is instrumental to success. Those connections can make or break your goals and ambitions. But gaining that social capital can be difficult. Brother Noah Allen (Maryland, 2007), through the forthcoming new venture SparkIL, is helping cultivate those connections for the underserved populations in Israel.

Brother Allen grew up in the suburbs of New Jersey, raised by parents who worked in the Jewish non-profit space. He attended Jewish day school and Camp Young Judaea Sprout Lake, and was active in year-round Young Judaea programing. “I had a very active Israel-centered family. I grew up with one set of grandparents retiring to Israel. We were always a regular Shabbat, and shul going family,” he says.

Taking a gap year with Young Judaea in Israel, Brother Allen received college credit, which enabled him to apply to the University of Maryland as a transfer student one semester ahead of his freshman class. He majored in Criminology and Criminal Justice with a goal of potentially going into law or government.

“My professors taught that creating partnerships and increased community communication are key ingredients to deescalating crime,” he says.

During the first semester of his freshman year, he gravitated towards Hillel. Through friends of friends from Young Judaea, he met AEPi Brothers.

“By second semester I had forged some nice relationships with the guys. My best friend to this day made it a point that I got rushed because he said it was going to be good for me and the Fraternity,” he says.

Through email, Brother Allen’s friend would tell the Brothers to be on the lookout for him. Brother Allen was part of the Delta Deuteron chapter’s largest new member class at the time. During his time in AEPi, he partnered with Hillel for a poker tournament and worked to help plan the northeast conclave when it was held at the University of Maryland. “I learned how to create a program, how to create something for a group of people to find meaning, how to plan an event, and how to bring people together.”

Brother Allen’s favorite AEPi memory was good and welfare at the end of every meeting.

“It was not just about the business of the fraternity or events,” he recalls. “It was about knowing what was going on in everybody’s life, sharing updates. Making sure that you make those connections was always the highlight of the meetings.”

He specifically remembers the seniors’ last good and welfare. Genuinely connecting with the upperclassmen, Brother Allen found it very meaningful and emotional. “I made a note that I wanted to recreate those same emotions as a senior.” His new member classes’ last good and welfare had to be split up between a few meetings so that every senior could have their time to talk.

“I helped translate the mission and talking points of AIPAC, to legislative assistants and members of Congress on the hill, to educate them on different policy objectives or upcoming pieces of legislation,” he says.

Brother Allen then decided to try his hand at the for-profit world, working in different customer service and sales capacities. During the COVID-19 pandemic, he sought to find his next professional challenge. “I needed to find that new mechanism that was going to excite me, so I started looking for my next endeavor. That’s when SparkIL came across my desk.”

SparkIL, which will launch this spring, is a non-profit platform connecting social lenders to marginalized small business owners in Israel, offering these business owners much-needed credit at fair terms while strengthening the lenders’ connection to Israel. The borrowers fall into one of their three impact areas: people, place, and purpose. The people – the business owners – are members of an underserved population of Israeli society, whether that be Ethiopians, Israeli Arabs, Druze, Bedouin, Haredim, LGBTQ individuals, or those with disabilities. The places are peripheral, off-the-beaten-path communities like development towns in the Negev and Galilee. The purpose of the businesses – either profit or non-profit – must be doing something for the greater good, whether it be in Israel or around the world. This could mean working with at-risk youth, developing sustainable energy, or organizing Israeli-Palestinian dialogue groups.

As SparkIL’s Director of Marketing and Business Development, Brother Allen is a jack of all trades when it comes to getting the venture off the ground. He is creating email marketing systems and social media campaign channels as well as handling public relations. He is also building connections and having conversations with other major Jewish organizations in North America. “SparkIL is a way to build actual connections between people on the ground in Israel and people on the ground in other countries.”

Brother Allen continues, “A lot of Gen-Z and Millennials are disengaged with Israel for various reasons, and this could be the vehicle that reengages them. There are a lot of connections to be made and a lot of meaning to be found. I hope that this can bridge the geographic divide and bring people a little closer together.”

“AEPi certainly reinforced the importance of connection. I had it internally to a degree, but it really showed me the value of staying in touch with people and creating friendships across the entire fraternity. It taught me the value of leaning on others as a resource and asking for help or guidance.”