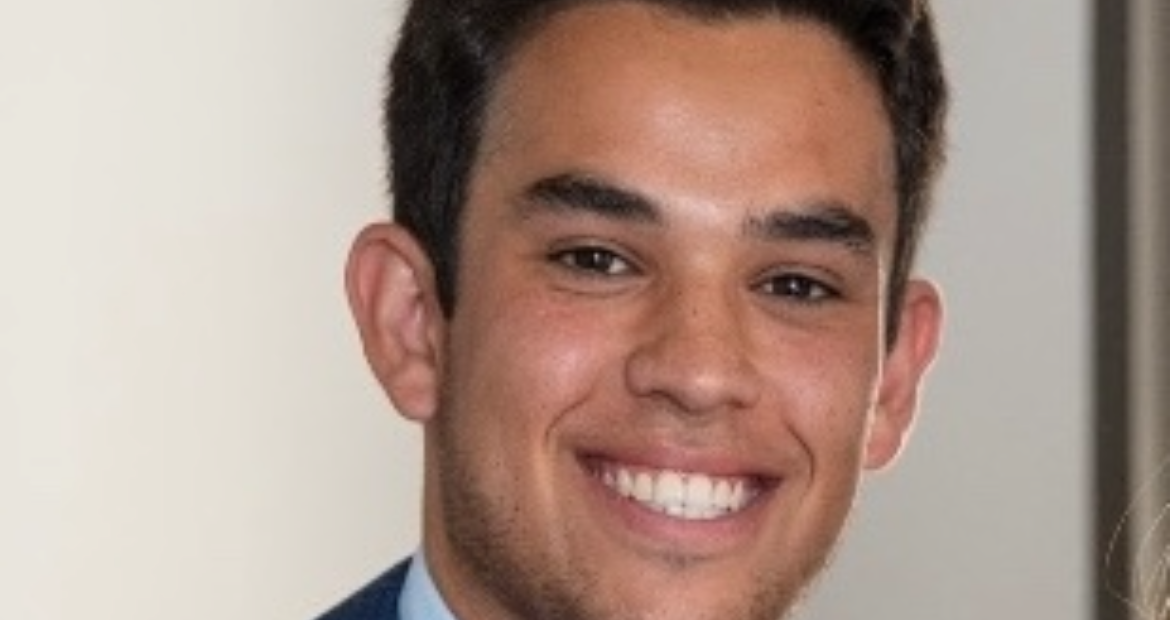 “In high school, I was involved in several youth groups and really got a lot out of them in terms of involvement, leadership and engaging in our Jewish community. When I had the opportunity to run for Grand Aleph Gadol (International President) of AZA while in High School, I took it,” said Brother Golde. Running on a campaign platform based, in part, on “looking out for teenage guys and their Jewish engagement and not neglecting them…finding something beyond the Maccabi Games and summer camps for Jewish men,” Brother Golde won the election and took a gap year to fulfill his office, traveling to 25 different countries and visiting Jewish communities and teens.

“I was really leaning into the AEPi ‘Broneg’ theme. In a lot of ways, I was influenced by AEPi in my desire to create these spaces for Jewish men,” he recalled.

Brother Golde came by his affinity to AEPi naturally as his father was an AEPi at Indiana University. “After taking my year off, I enrolled at Indiana and met the Brothers. Being here definitely reaffirmed that AEPi is where I wanted to be. We are by far the house most focused on our Jewish background. A lot of BBYO kids have ended up in AEPi.”

After devoting so much time to leadership, Brother Golde opted not to get involved in the chapter’s leadership. “I needed a break and to settle into college.”

“IU’s Greek life has had a rough year…I’m a little worried that if we keep going down this path, Greek life might not be around or, at least, as strong in the next 5-10 years.” Between health and safety issues on campus and a growing “Abolish Greek Life” sentiment, IFC elections loomed large for the future of one of the nation’s largest Greek systems (Indiana University has more than 60 recognized fraternities and sororities with more than 5,000 student members).

“A couple of Brothers approached me about running for IFC president and, at first, I wasn’t interested but I started reading about it and texting some people and decided that I wanted to help contribute to making a change.” With a campaign platform that recognized the challenges which needed to be addressed in fraternities instead of ignoring them, Brother Golde was elected IFC president. (NOTE: AEPi International believes that Brother Golde may be the first – or among just a few — Beta Iota chapter Brothers to be elected IFC president).

“We (fraternities) need to recognize what our problems are and confront them head-on. We need to make Greek life leadership self-sustaining and agree to hold each other accountable for our behaviors. If we work to solve our problems together – and take that responsibility on ourselves and not have the university administration do it – we will be more successful.”

Brother Golde’s chapter Brothers have been among his strongest supporters in this task. “Having the support network of my chapter has been great. Living in the house this year has been incredibly supportive because my Brothers are always right there for me.”

“My favorite AEPi moment – so far – was at the end of last semester. We had a Hannukah party. Instead of going to Chabad or Hillel where we would usually go, we decided to host this celebration at the house. We had enough menorahs for everyone in the house and we lit candles together. Our chef even made latkes and brisket for dinner. It’s sounds silly but I thought it was a really special moment. We were all in one place doing something together. We’re more than a house of Jewish guys. We are a Jewish house. I was really proud of that.”